WHEN DO BUCKS LOSE THEIR VELVET? 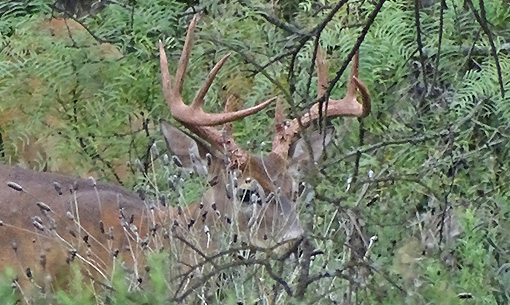 The Answer To The Question Is, Yesterday. Yep! Two Bucks Have Moved On To Hard Antler Life. Here Are The Pics.

At 1:00 I glassed around and saw these two bucks back in the brush. The velvet on one of them appears very tight around the antler. That is what happens just before the velvet releases and falls off. The buck on the left is mature and the one on the right is young, probably 2 1/2.

Later that day, a little before ‘deer thirty’ I was in my photo blind and waiting. In ten minutes a buck walked out of the trees. His velvet was gone, the first buck I’ve seen and photographed this year to completely shed his velvet. It’s August 27 in the afternoon.

The buck turned back into the edge of the woods where it was beginning to become shadowy. Two other younger bucks joined him. 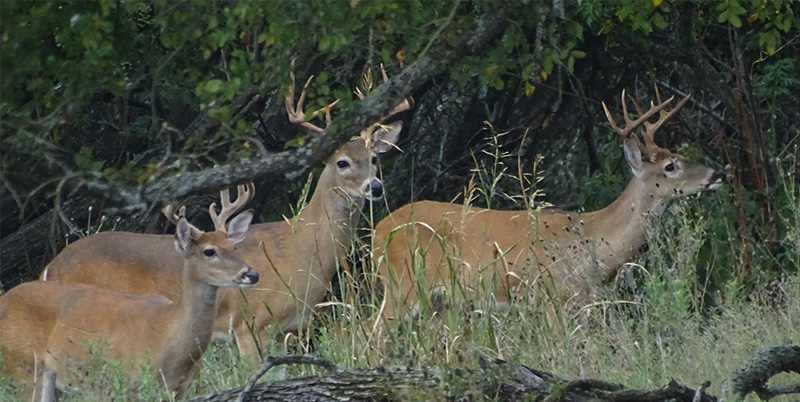 He continued walking and the other buck in velvet walked with him. The ‘hard antler’ crew just doubled in size.

As the bucks walk along they pass in and out of the shadows and the daylight. 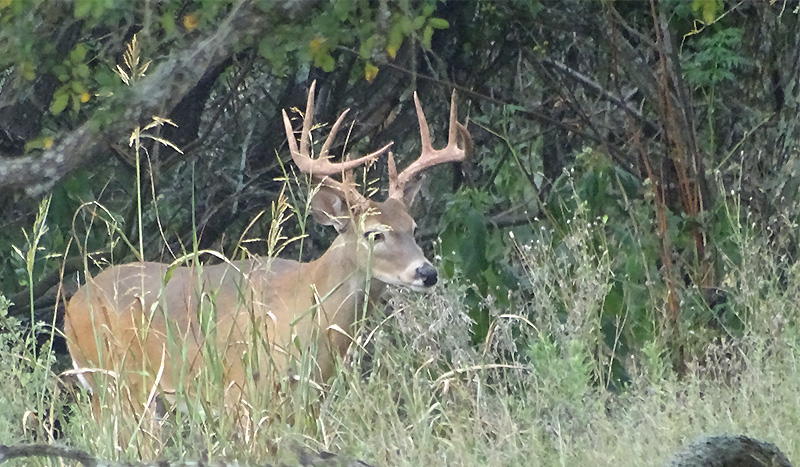 This buck is a 9-pointer and he is looking good. 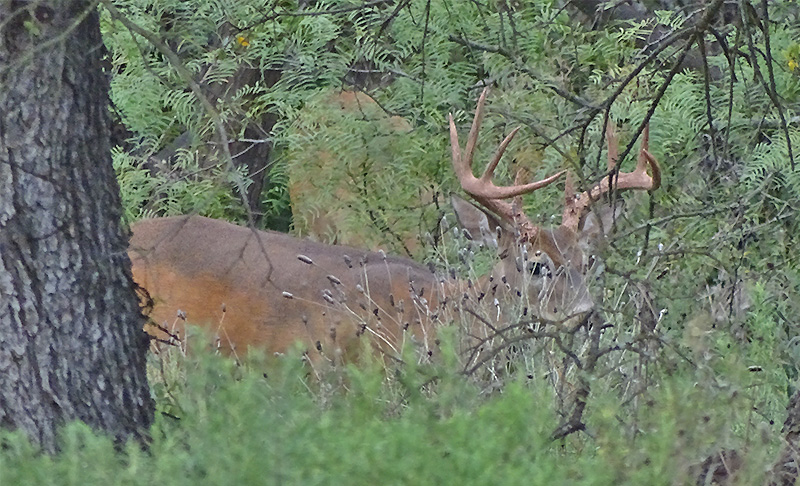 The buck with him that still has its velvet got introduced to my Sony as I took his picture too. He has identifiers, a horizontal scar on his right side and his left brow tine is shaped like a backwards C. Also notice how constricted his velvet is on his antlers. It won’t be long before he is a member of the ‘hard antler club.’ 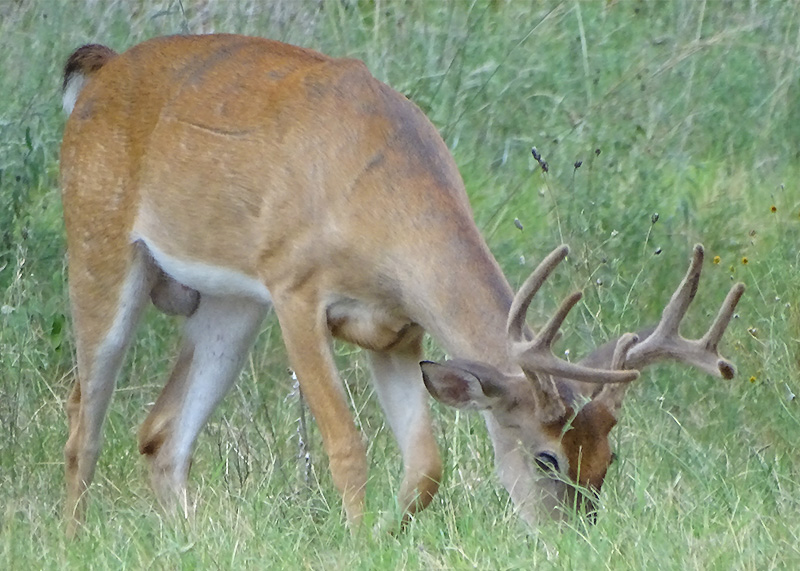 This is the third buck of the group. His short point on the right antler makes him a 9-point. I guess this buck as 2 1/2 and he’s gonna be a dandy as the years pass — and I pass him. 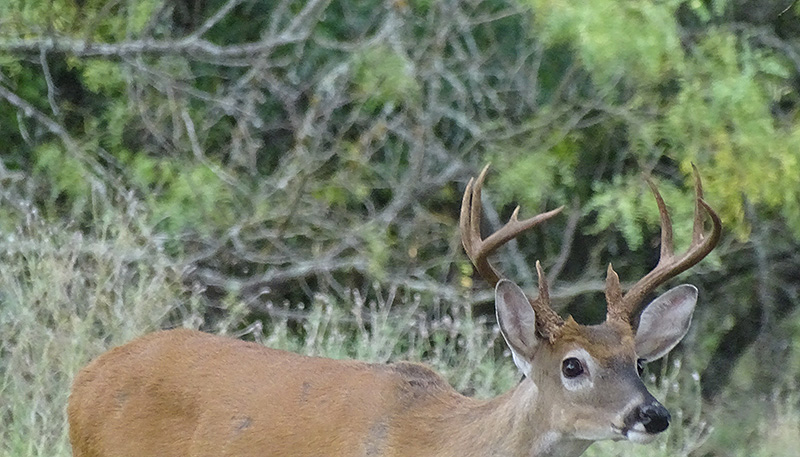 CINDY LAVENDER BOWHUNTED WITH ME