A Friend Of Mine Doesn’t Call It Velvet, He Calls It “Felt.”
Heck, He’s As Right As Anybody.

After daylight finally shows up and puts enough on the area to see, and take pictures, three bucks walk out of the trees together and continue down the zig zaggy treeline. 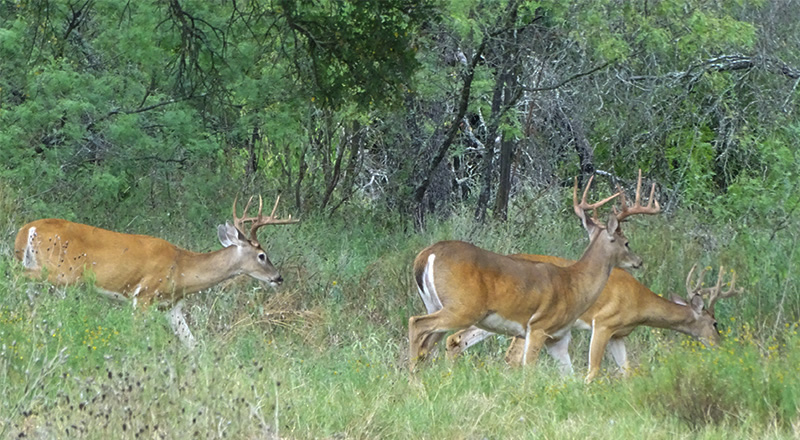 Another buck, this one still in velvet, watches them as they get closer to where he is. 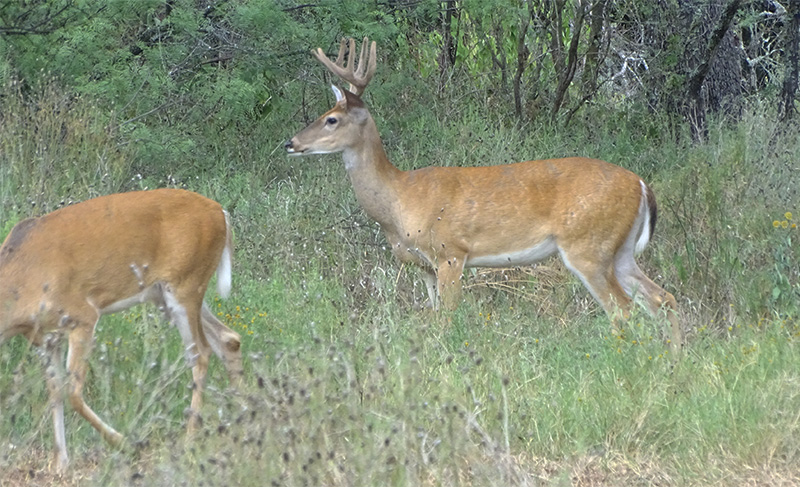 Another buck, an 8-point that has shed his velvet catches me by surprise as he walks into my view on the right, he’s only 10 yards off. His antlers are pretty dark. 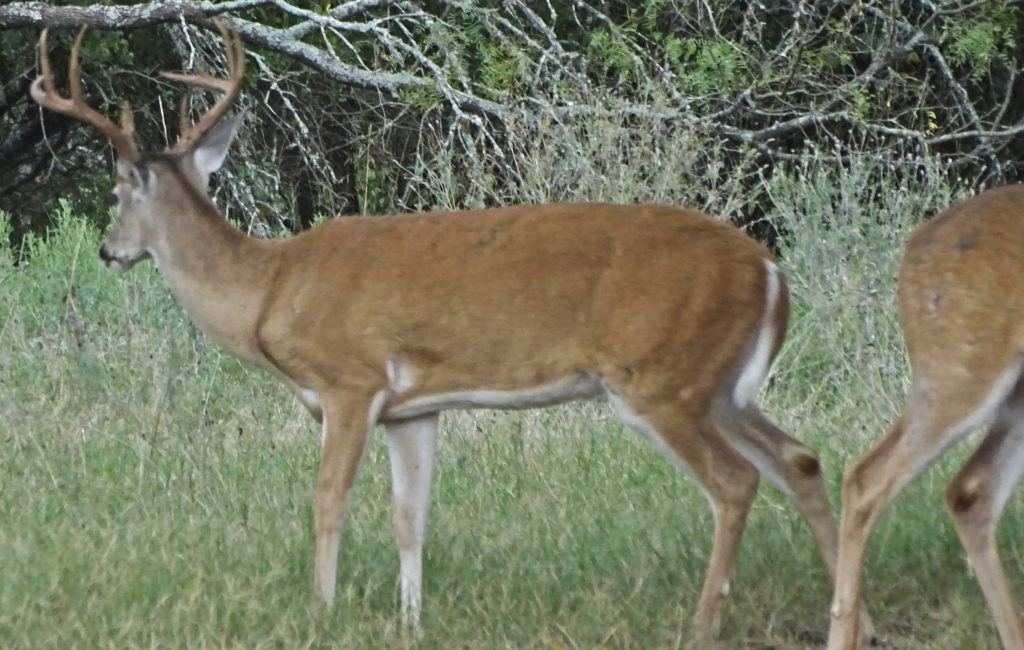 Off in the distance I see the mature 9-point we’ve been lucky enough to take previous pictures of in velvet. Compare his neck with some of the others we’ve seen so far. 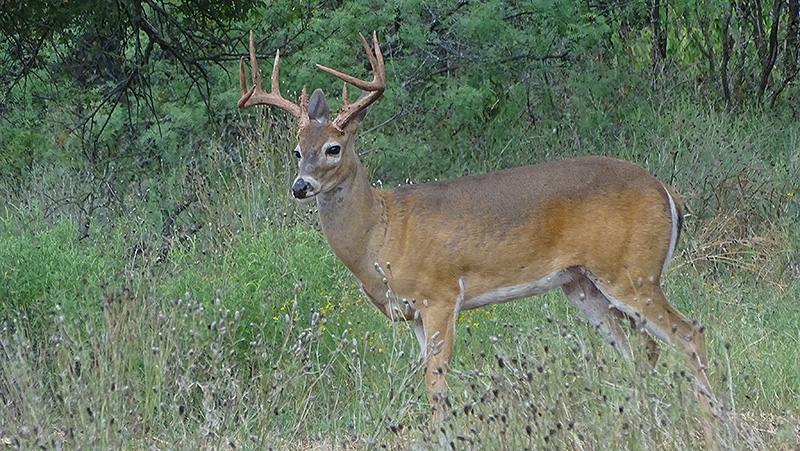 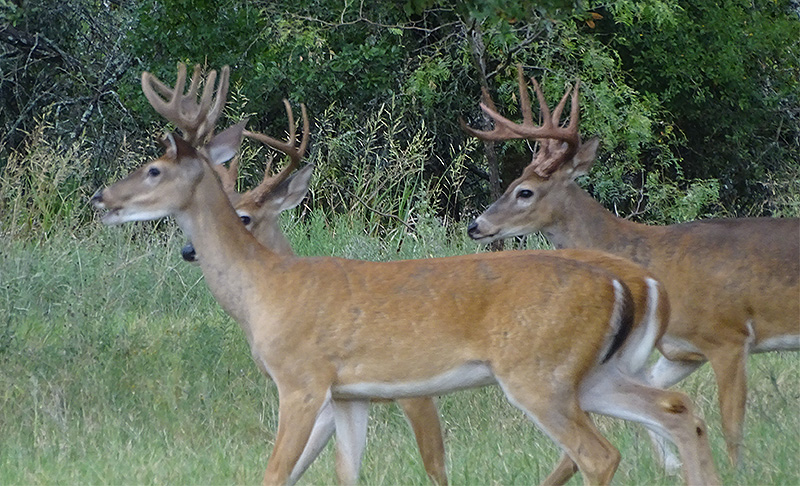 I get a picture of an 8-pointer with a small tick sticking up on his right main beam. 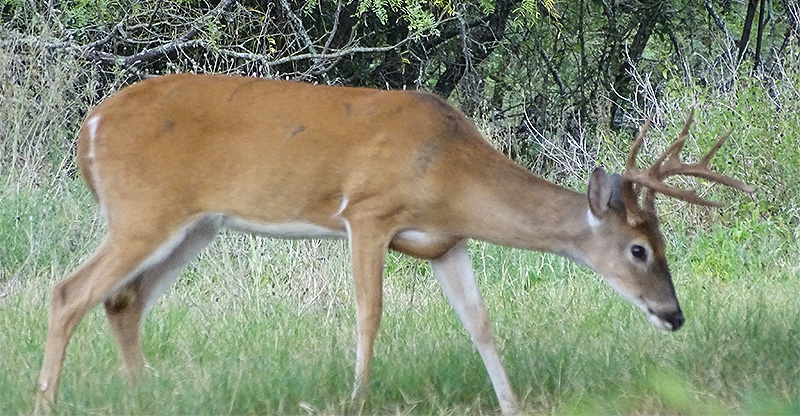 A younger 8-point, probably 2 1/2, stands by himself watching the deer in the area. He sees a doe and a fawn. 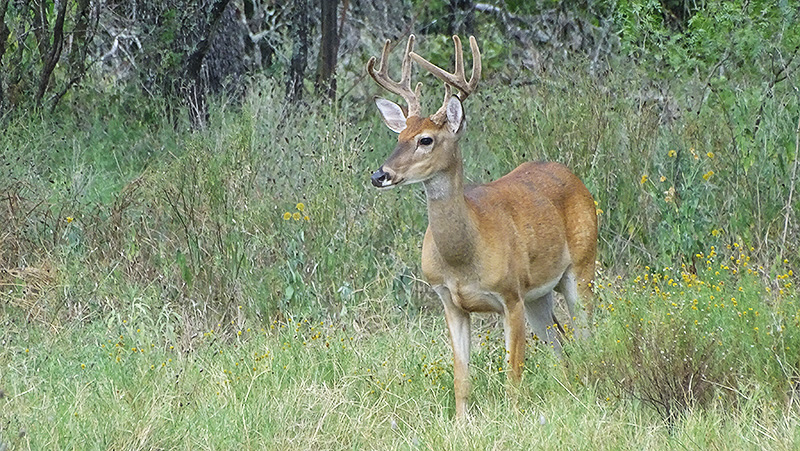 And zips over to the fawn and slams on the breaks. The fawn reacts instantly and I’m already on it. 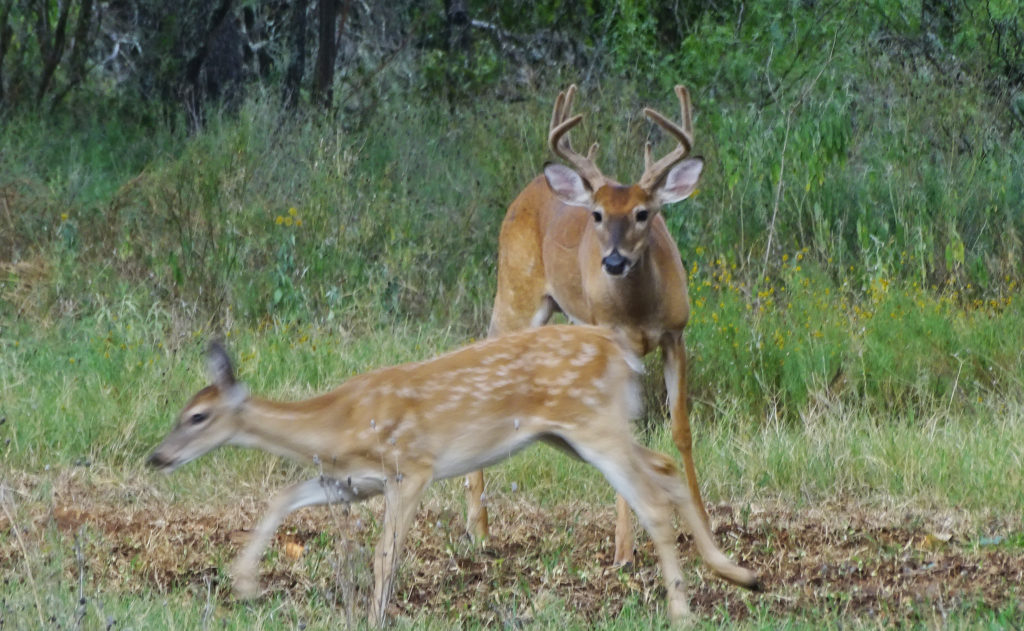 The fawn runs away. Will the buck chase after her, nope  … not this time. 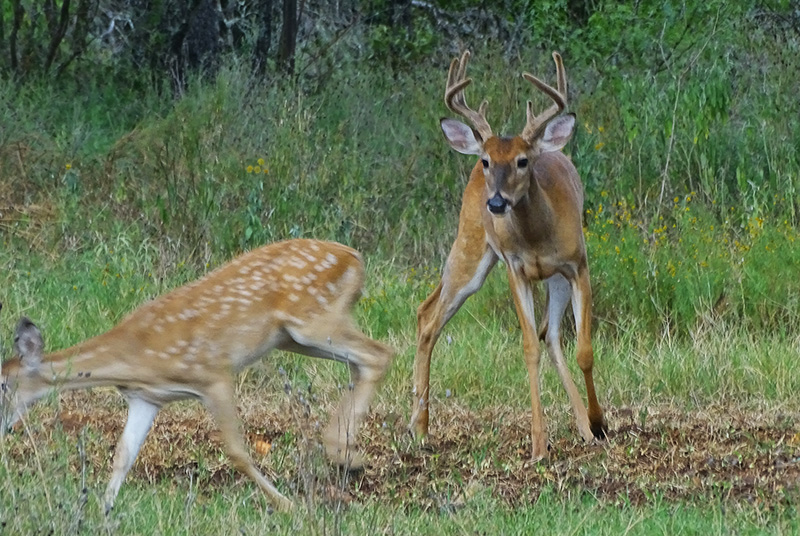 At 7;00 AM all the deer vacated the premises. A bunch of changes in deer behavior are right on the verge of happening. I’ll keep an eye out for ya.

DEER: WHERE TO SHOOT