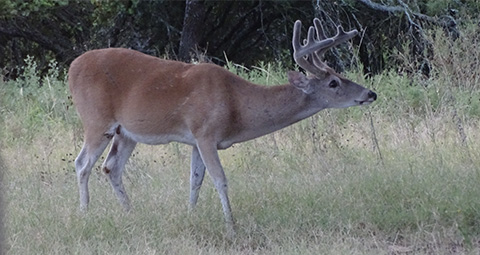 We get another look at ‘Double Finger’ and
talk a little about him.

A buck appeared in the woods, browsing along. (He’s bottom, left of center.) When I put the binoculars on him I realized that he was the ‘Double Finger’ buck from a couple of days ago. 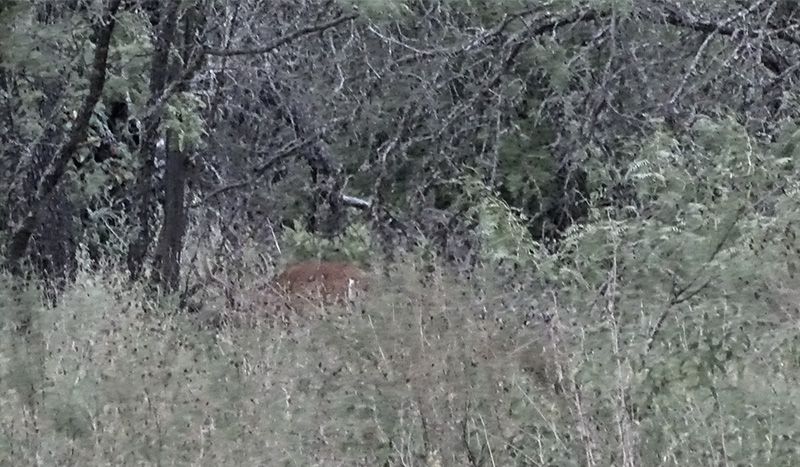 There is something I’ve seen mature bucks do many times that I have never heard any biologist types mention. Notice ‘Double Finger’ in the picture below, his gut is clearly visible as he walks out of the woods. 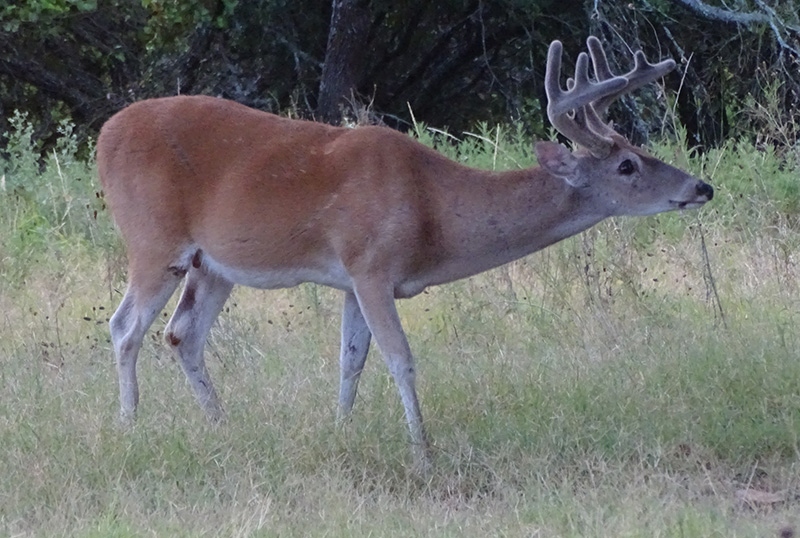 When a doe and a fawn came out he walked over to them. Notice how he has now sucked up that gut. It’s something bucks this age or older do all the time when does are around … and they do it when other bucks are, too. 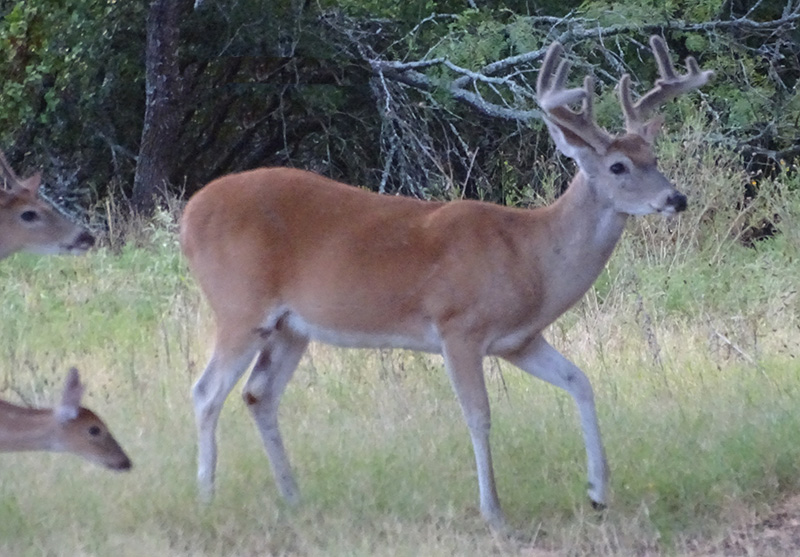 One thing that’s not that impressive about him, yet, is his rack. In next picture, particularly from the side, there is not much going on, considering that several other bucks are looking good right now. 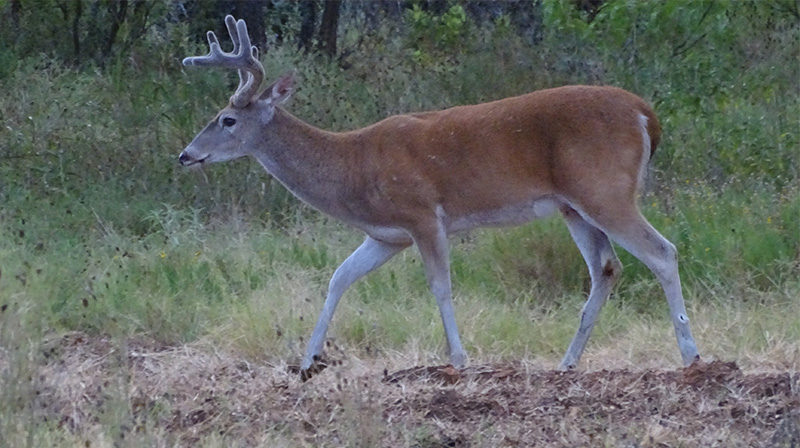 However, he is ok in the width department, he’s definitely past his ears. 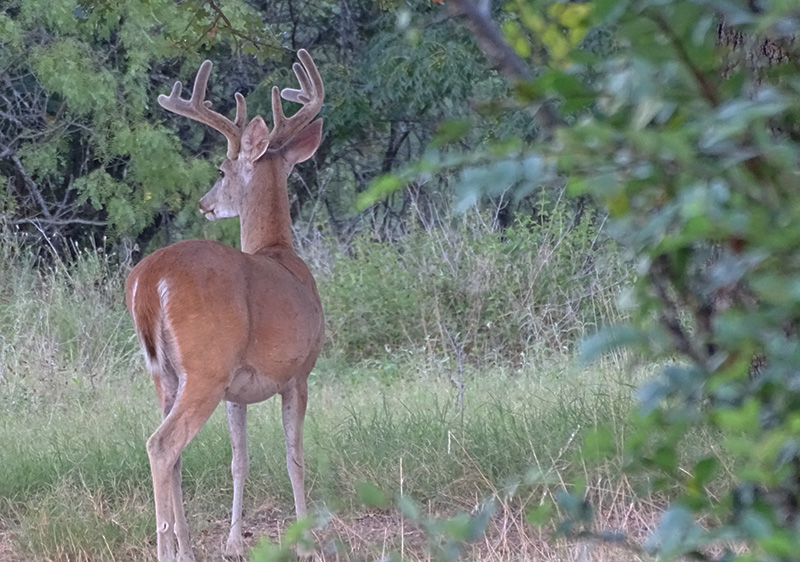 I continued to see him and watched him approach other deer that entered the general area. He came up behind this young buck. 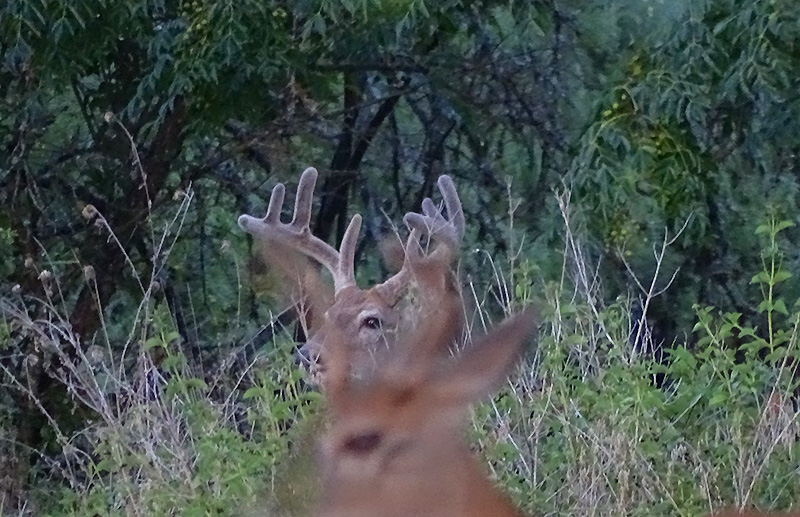 ‘Double Finger’ stayed put for a few minutes and a doe walked by him. He still has at least 20 more days to grow longer tines and longer main beams. 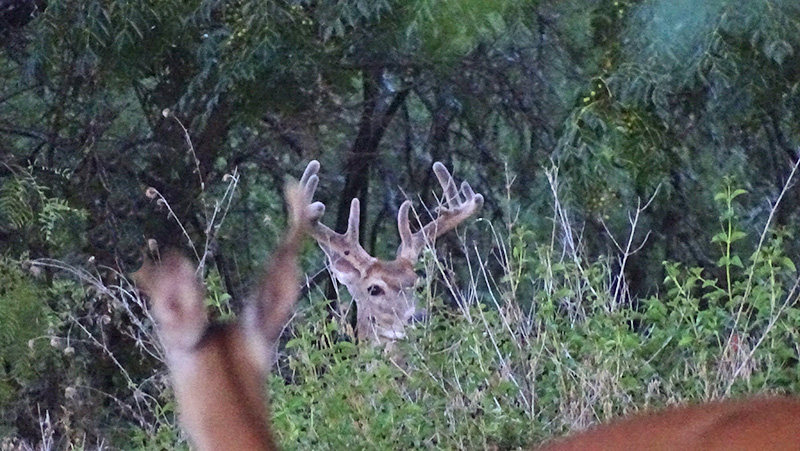 We’ll keep an eye on him and see what he’s got.

Mechanical or Fixed Broadheads - Which One Is Right For You?