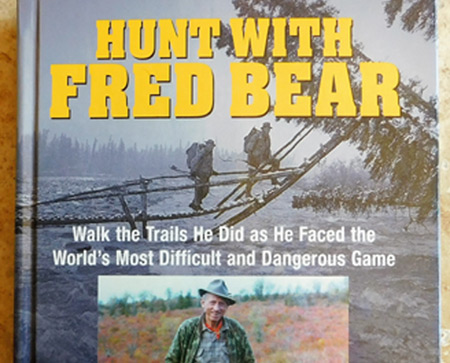 I ASSUME YOU LIKE TO READ or you wouldn’t be starting on this month’s “Thoughts and Tips” column. Also, if you love reading hunting books and stories, I feel obligated to share a few words mentioning four of my all-time favorite books about hunters, hunting, and much, much more.

First off, I confess that there are quite a few books on my reading list of personal “favorites.” Chances are if you’re serious about archery, you’re already familiar with the inspirational writings of pioneer bowhunters Maurice Thompson and Dr. Saxton Pope, Howard Hill, Glenn St. Charles, Jim Dougherty, and Fred “Papa” Bear. In fact, there’s a long list of notable contemporary bowhunters – from the Wensel brothers to J. Donnall Thomas and Dwight Schuh – who’ve published their hunting adventures and advice over the past 50-plus years.

What sets my top choices apart are their content quality, historic perspective, and enduring reader support. Few books have stood the test of time like these. If you don’t already know about these four volumes, it’s past time to get acquainted. Find a copy on Amazon or eBay, the public library, or wherever. I’m betting you won’t be disappointed.

Here, in no particular order, are my four favorites: 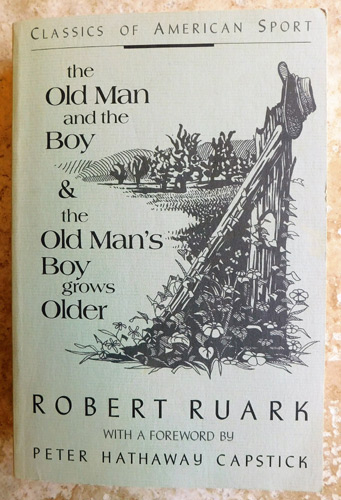 “The Old Man used to say that the best part of hunting and fishing was the thinking about going and talking about it after you got back … Everybody should be allowed to brag some about what he did good that day, and to cover up shameless what he did wrong.”

I DISCOVERED this timeless outdoor classic waiting for me within the pages of Field and Stream magazine back in the late 1950s. That’s when every month for more than two years that popular outdoor publication spotlighted one of the book’s 28 chapters. For me, as a teenage hunter, it was love at first reading. Although not about bowhunting per se, its insightful reflections on life’s lessons taught and learned in Mother Nature’s classroom transcend any single facet of hunting and fishing. Viewed through the eyes of Ruark’s eager youngster and his sagacious grandfather, theirs is a familiar world all hunters will recognize. This unforgettable book deftly blends nostalgia and philosophy with consummate storytelling to create a prose masterpiece that any parent could give to a son or daughter secure in the knowledge the book can make a positive and lasting contribution to the youngster’s knowledge, attitude, and character. 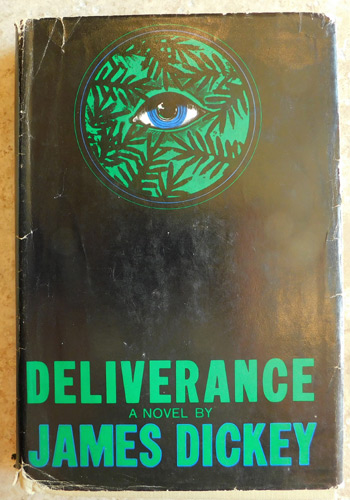 “At the sound of the bowstring the deer jumped and wheeled at about the same time the arrow should have gone through him. I thought I might have hit him high, but actually I had seen the orange feathers flick and disappear over his shoulder … I was shaking, and I had trouble getting the [second] arrow nocked.”

I HAVE YET TO READ any book that wasn’t better than its movie version. Deliverance is no exception. Although the film contained several unforgettable scenes – notably the dueling banjos segment and brutal homosexual rape scene – author/teacher/poet/bowhunter Jim Dickey crafted a brutal and haunting novel that literary critics and readers have ranked as one of the top 50 books of the 20th century. I believe that any bowhunter who has seen the movie but hasn’t read the book has missed out on the best version of the powerfully gripping story. My challenge to you here is read it and decide for yourself.

Lions in the Path by Stewart Edward White (1926) 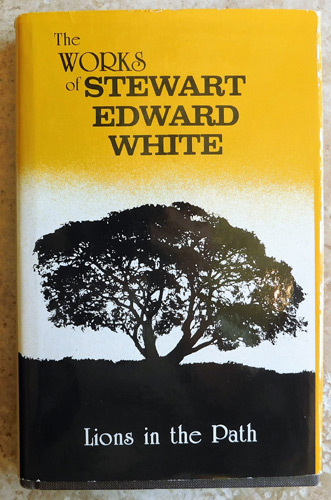 “He [Dr. Saxton Pope), and the small group of men who have hunted with him … have in the past ten years killed many deer with the bow. Furthermore, they have never lost a stricken animal or had to follow one more than fifty yards after it had been hit … In that same length of time they have shot seventeen black bears, mostly in California, and  half-dozen grizzlies in other parts of the West.”

STEWART EDWARD WHITE (1873-1946) was a prolific American writer and sportsman who authored 24 nonfiction and 34 fiction books during a 64-year career as a professional journalist. He wrote Lions in the Path at the same time his friend Dr. Saxton Pope authored The Adventurous Bowmen. Both books. Both books included the African bowhunting adventures of Dr. Pope and hunting companion Art Young. Each was published in 1926, the year of Pope’s death. Though not a bowhunter, White was involved in archery and became a strong vocal advocate of using bows and arrows for big game hunting, including dangerous animals like African lions. Subtitled “A Book of Adventure on the High Veldt,” White’s account of Pope and Young’s lion hunts provides a complementary view of Pope’s personal recollections. My copy of White’s book is even more meaningful because it was a present from Glenn St. Charles, who founded the Pope and Young Club in 1961. Glenn’s signed inscription to me in the gift book makes it priceless. 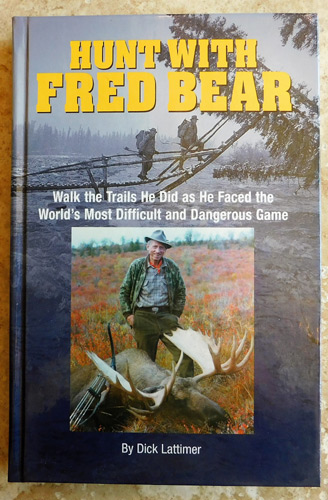 “The bear, still not suspecting I was there, turned broadside to me. I loosed my arrow and saw it bury to the feathers … He let go a horrible growling roar and spun around and around, biting at the end of the arrow. Before he’d made three or four turns, I had a second arrow on the string. He started my way and I shot head-on …”

FRANKLY, I CANNOT IMAGINE any collection of bowhunting books failing to include some stories by or about Papa Bear, whom many people believe was the greatest bowhunter to ever draw and release a hunting arrow. Fortunately, Bear’s longtime friend and Bear Archery employee, Dick Lattimer, assembled stellar stories of Fred’s worldwide adventures in a single volume that invites readers to “Walk the trails he did as he faced the world’s most difficult and dangerous big game.” The book’s 20 selected chapters offer an appropriate overview of Bear’s career and memorable bowhunts. If nothing else, Lattimer’s book not only respectfully honors a bowhunting legend but fans the flames of readers’ imagination and ongoing interest in a great man and a great sport.