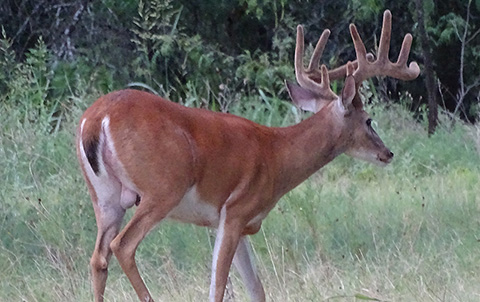 Two bucks appeared on the woods line and studied the area for a while and then walked over to the soon to be food plot area. We had a little rain last night and  it gave the grass, weeds and leaves a nice shine. 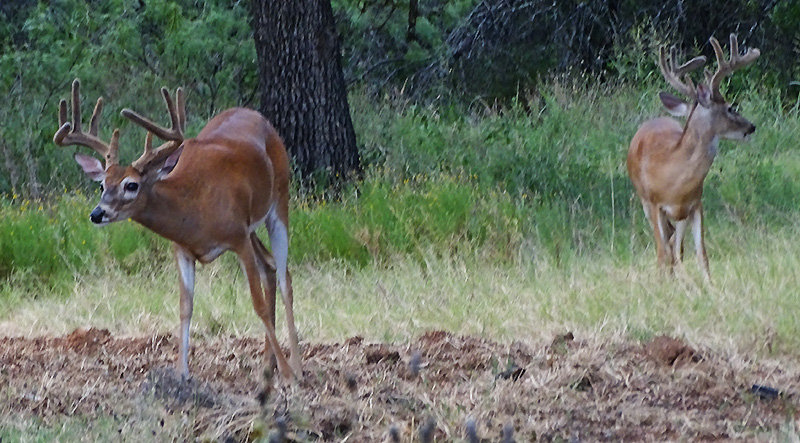 I zoomed my Sony in on the 9-point so we could see him better. His points are at least 2-inches longer than when we first saw him in July. His back has a very slight slope and his belly is pouched out a little bit before the hind quarter area.  The hocks are cleaned off and are yet to be blackened up for this year’s rut. 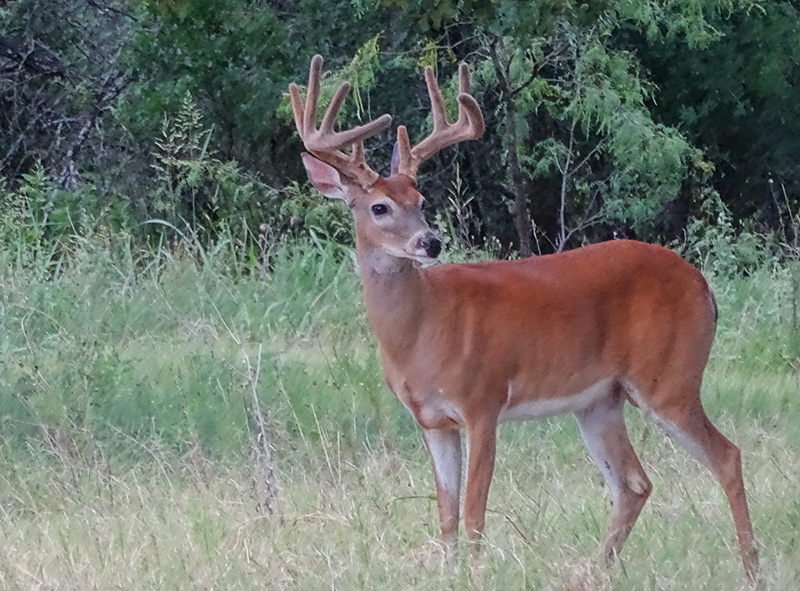 Below is a little different angle. He sure is posing nice for us, isn’t he.. 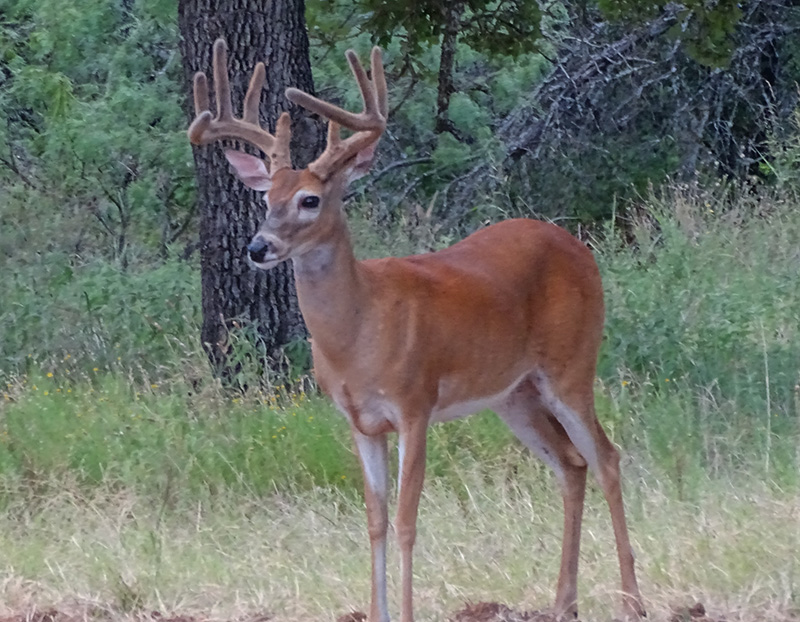 Here is the second buck with his head angled so we can see him better. This buck has beautiful markings on his face. H’s probably 3 1/2 years old and has excellent potential to be a real bomber buck. 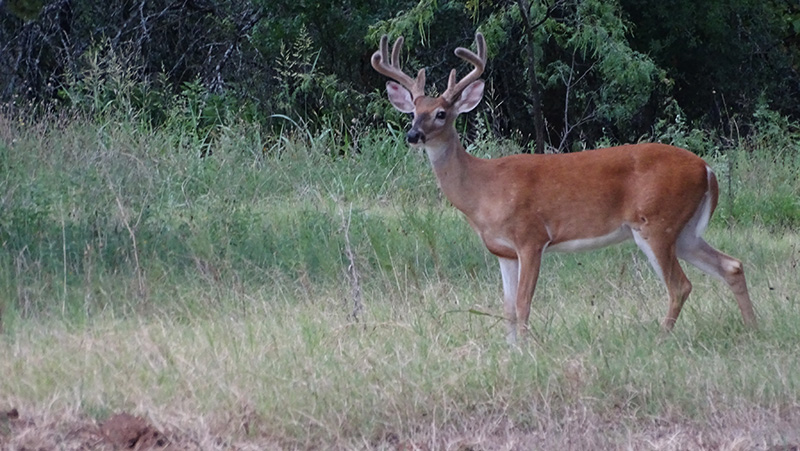 While I was taking the above picture the 9-point decided to return to the woods. I put the Sony on him and got the first picture of him as he came to a stop and looked to the right. 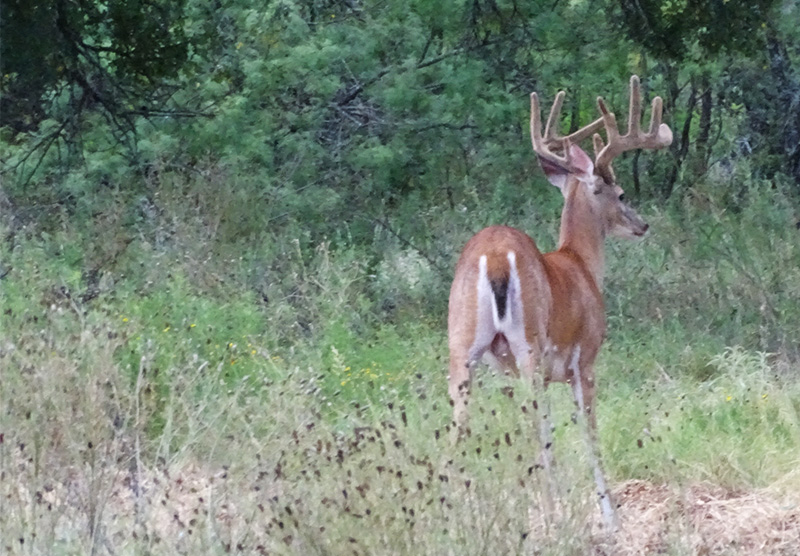 hgjkThen he looked to the left and studied the area for a minute. 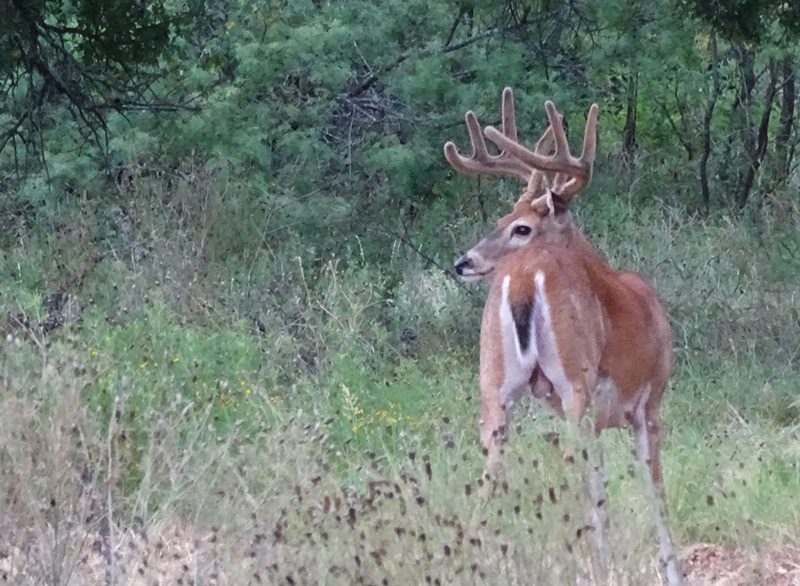 Then he cut to the left and went into the woods. The other buck had already disappeared into the trees. 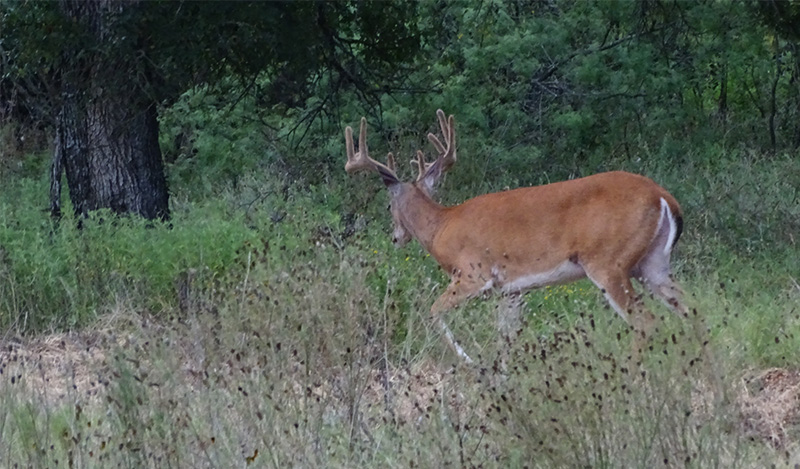 Afterward I saw 9 other deer, 5 fawns, 3 does and the Mushroom Head buck..