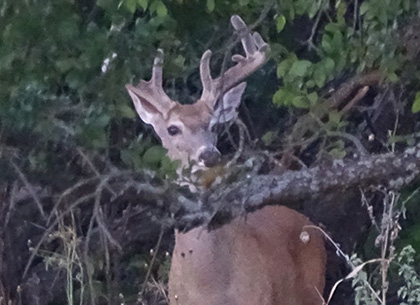 This Afternoon An Extra Big bodied, Mature Buck Peered Into The Area.

Late in the afternoon I saw one of the young bucks walking out of the thick woods (bedding area) to the north east. He’s what we call a Forky-Spike buck. 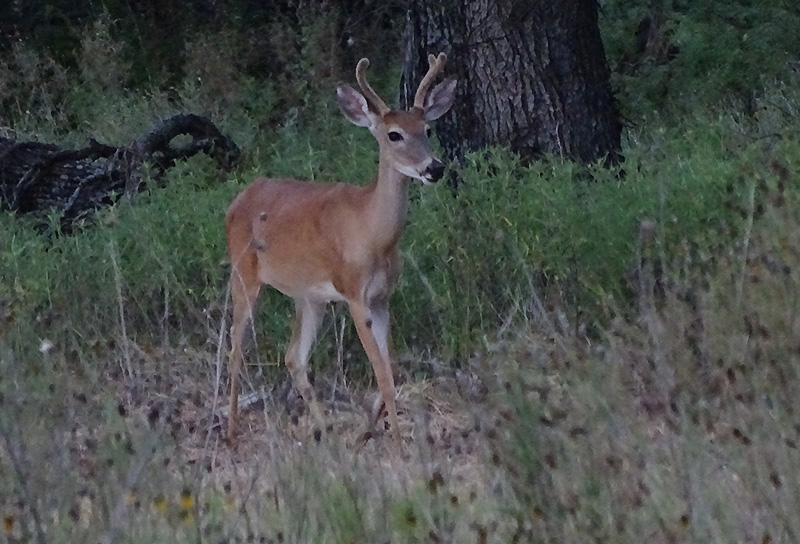 He came over to the plowed earth and pawed around. 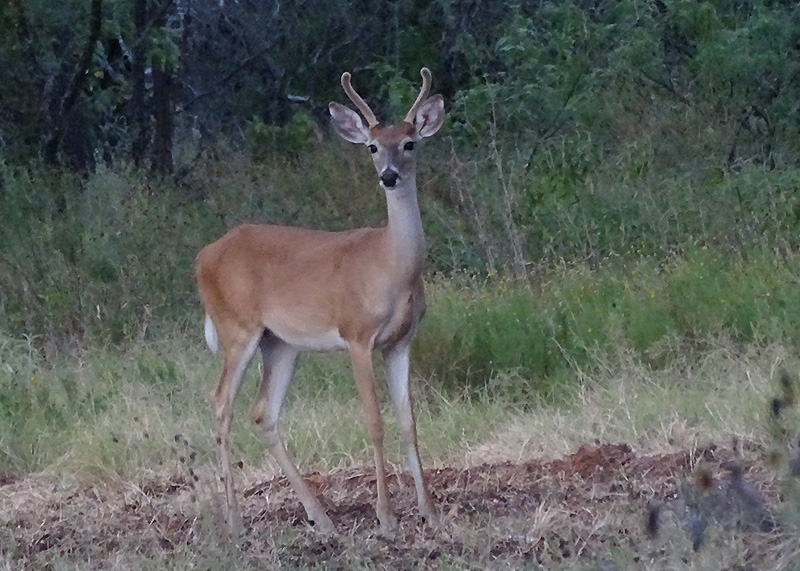 A doe came from the east and staked out her own area. 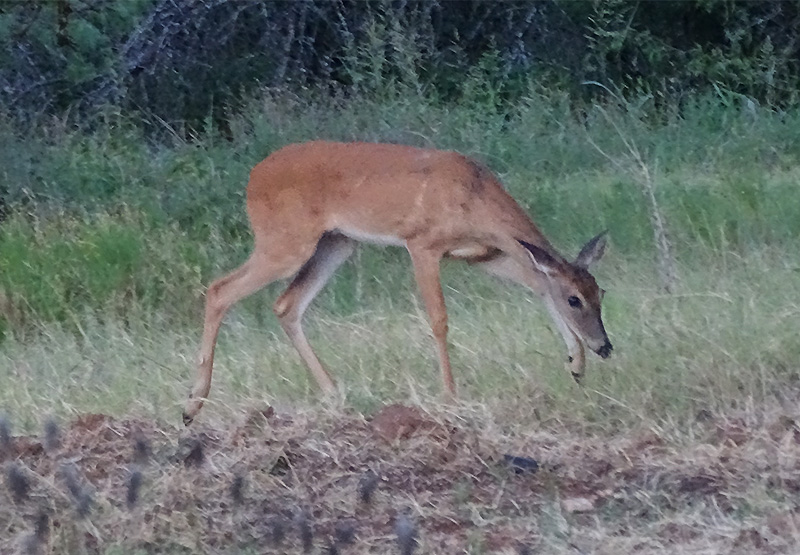 The Spike-Forky buck smelled the ground and occasionally picked some food type stuff up as he nosed the ground. 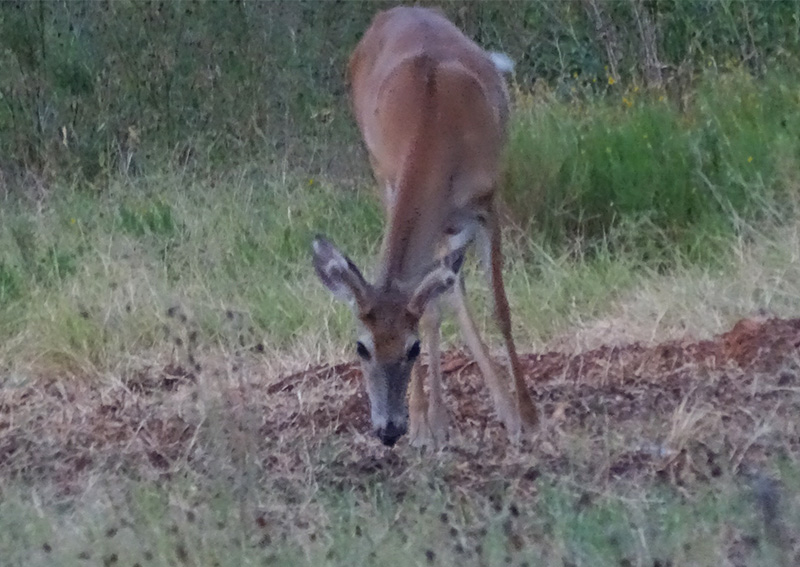 The afternoon shadows under the limbs slowly grew darker as the sun poked along lower and lower. I spotted a big bodied deer and glassed it. 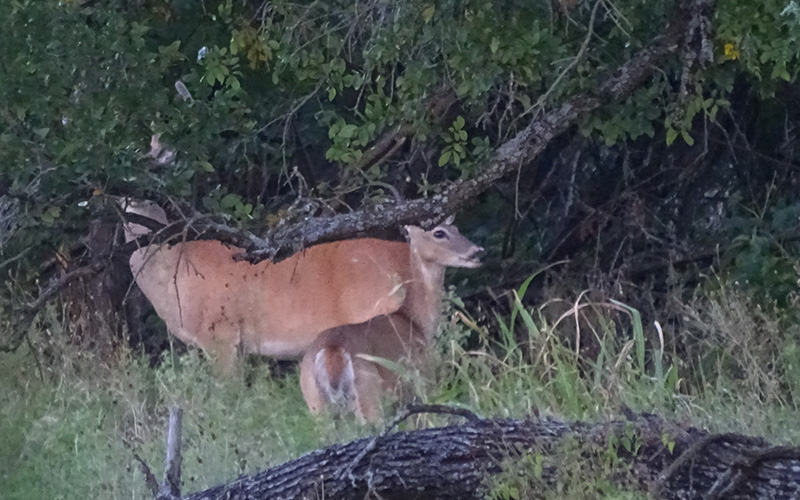 Eventually I saw his face and part of his antlers. I see a finger length kicker between the first and second antlers. 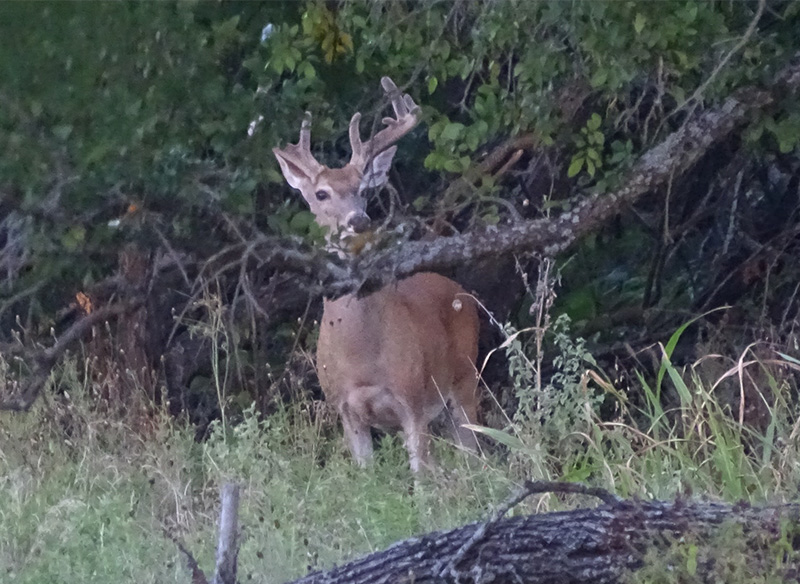 Daylight slipped away in the shade underneath the limbs. The buck stayed still, watching and waiting. 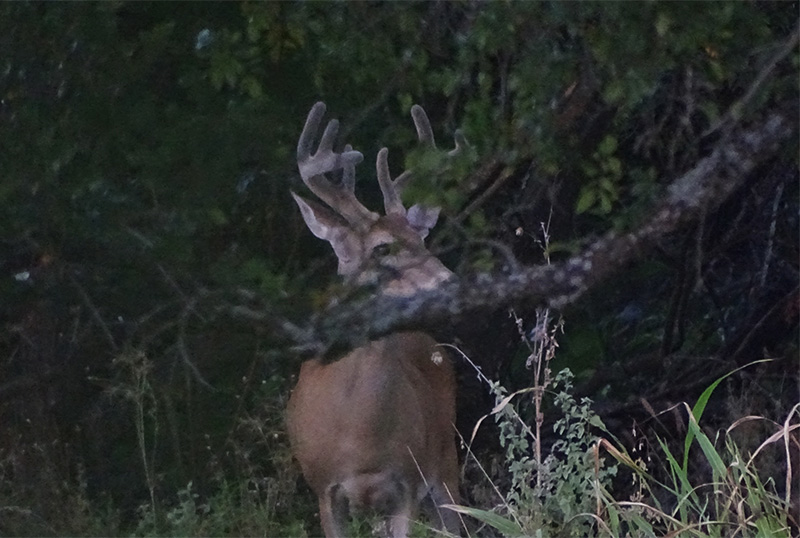 At the last photo light he was still standing and watching. You can just see him in the picture below. 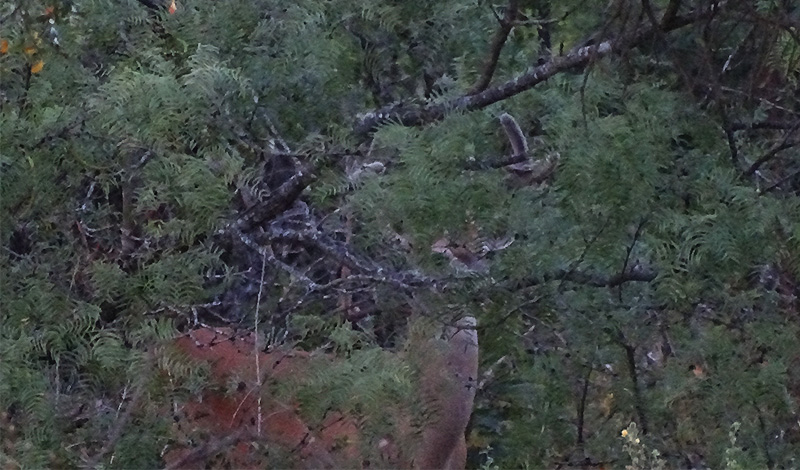 This new buck had a large body. His rack was not as developed as some of the other bucks. I’m hoping I can get a good look at him and take some pictures.