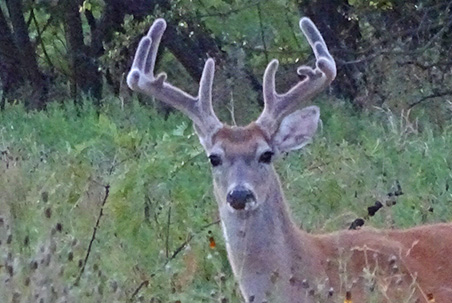 Where Are Bucks In August? It Might Surprise Ya!

Whitetail deer like edges, places where the terrain changes from one type to another.  For example; where a wooded area ends and is directly adjacent to a more open area. For my purposes, I find these edge areas are a perfect fit for my photo taking efforts.

In my years of watching and photographing deer almost daily, I believe one of the reasons bucks go to edges in this time of year is, first, they want to be seen with their new racks and to be recognized by other bucks, and secondly, does that may be interested in them later during the rut.

This morning the first deer I saw was a doe that was walking through a field of high weeds. Suddenly a buck was not far from her. 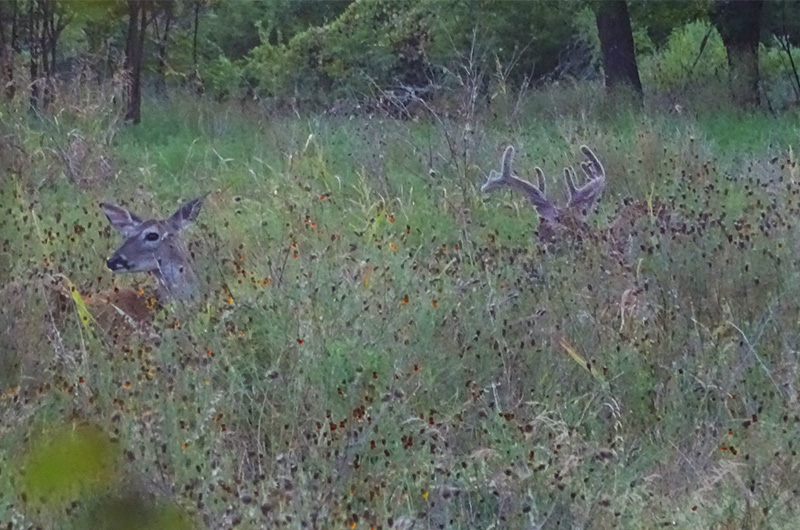 He moved along with her for a bit and then split off and went closer to the edge of the weeds.

This buck’s velvet antlers have several identifying characteristics. His brow tine on his left is curved outward (looking at the picture it’s the brow tine on our right.).

But the most distinct characteristic about his rack are his ‘Finger’ shaped stickers. You can see them in the picture below. One on the left and another on the right. 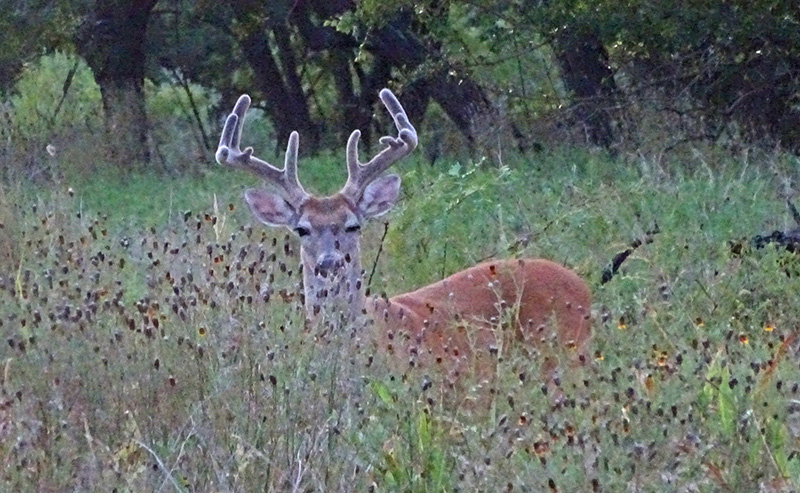 Whenever possible I like to give the bucks different nicknames and I’m calling this buck ‘Double Finger’.

‘Double Finger’ angled toward the treeline edge and you can see him from behind. He has good width, nicely outside his ears. 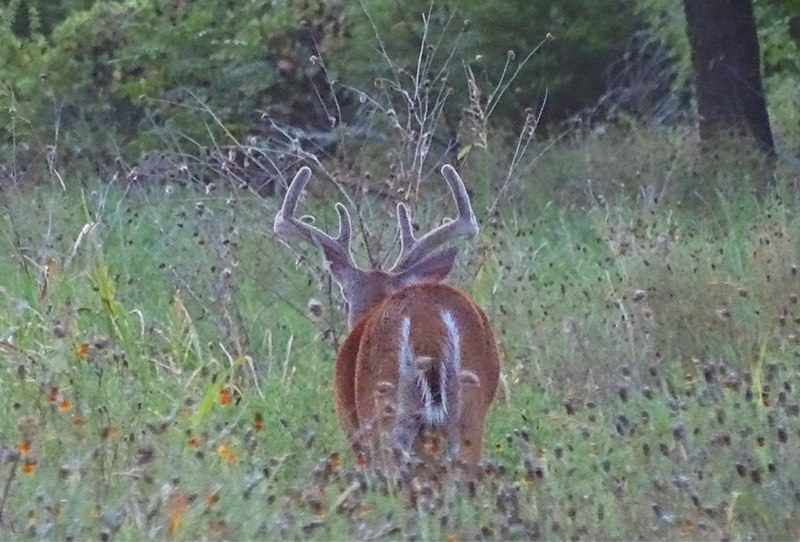 His tines are not as long as some of the other bucks. But you can take it to the bank that they will be longer. And so will his main beams, which have just recently made the curve. Likely, they could grow 4 to 8 inches longer and chances are good he could pop another point or two after the curve. 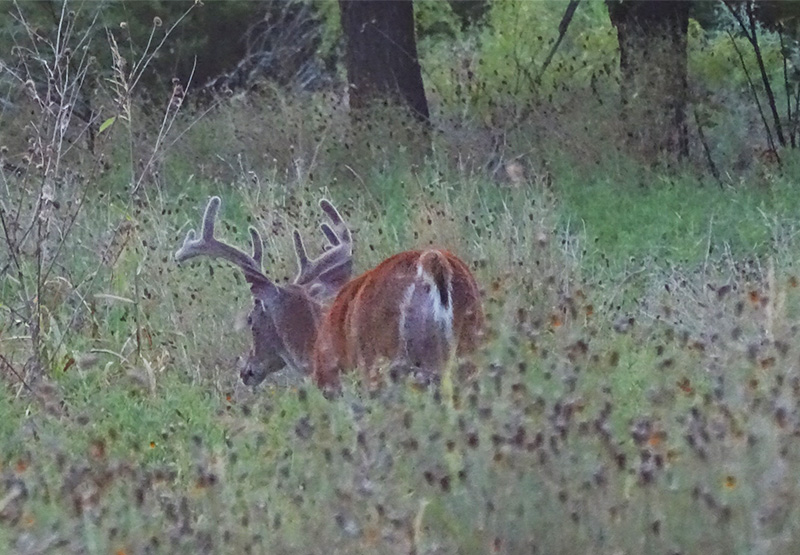 Then he ducked his head, either smelling something or else he discovered something he wanted to eat. With his head mostly hidden by the weeds I couldn’t tell for sure. 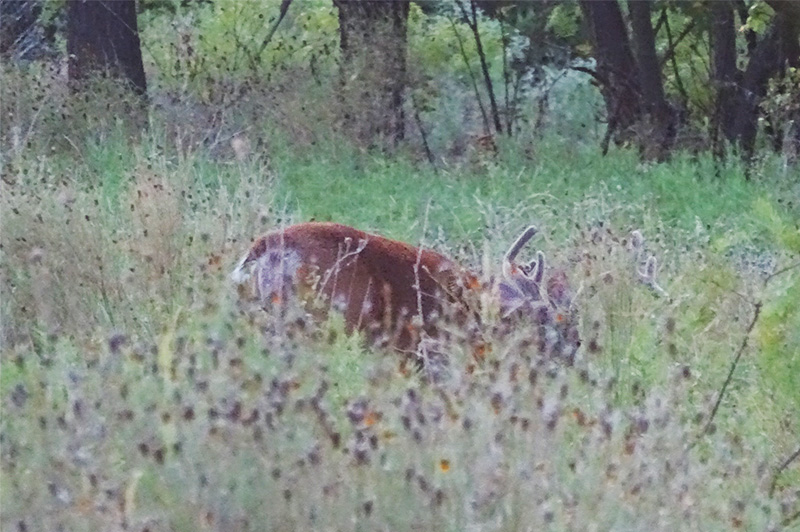 ‘Double Finger’ walked near the woods edge and came in my direction. I got the picture below just before he went into the trees and disappeared for the day. 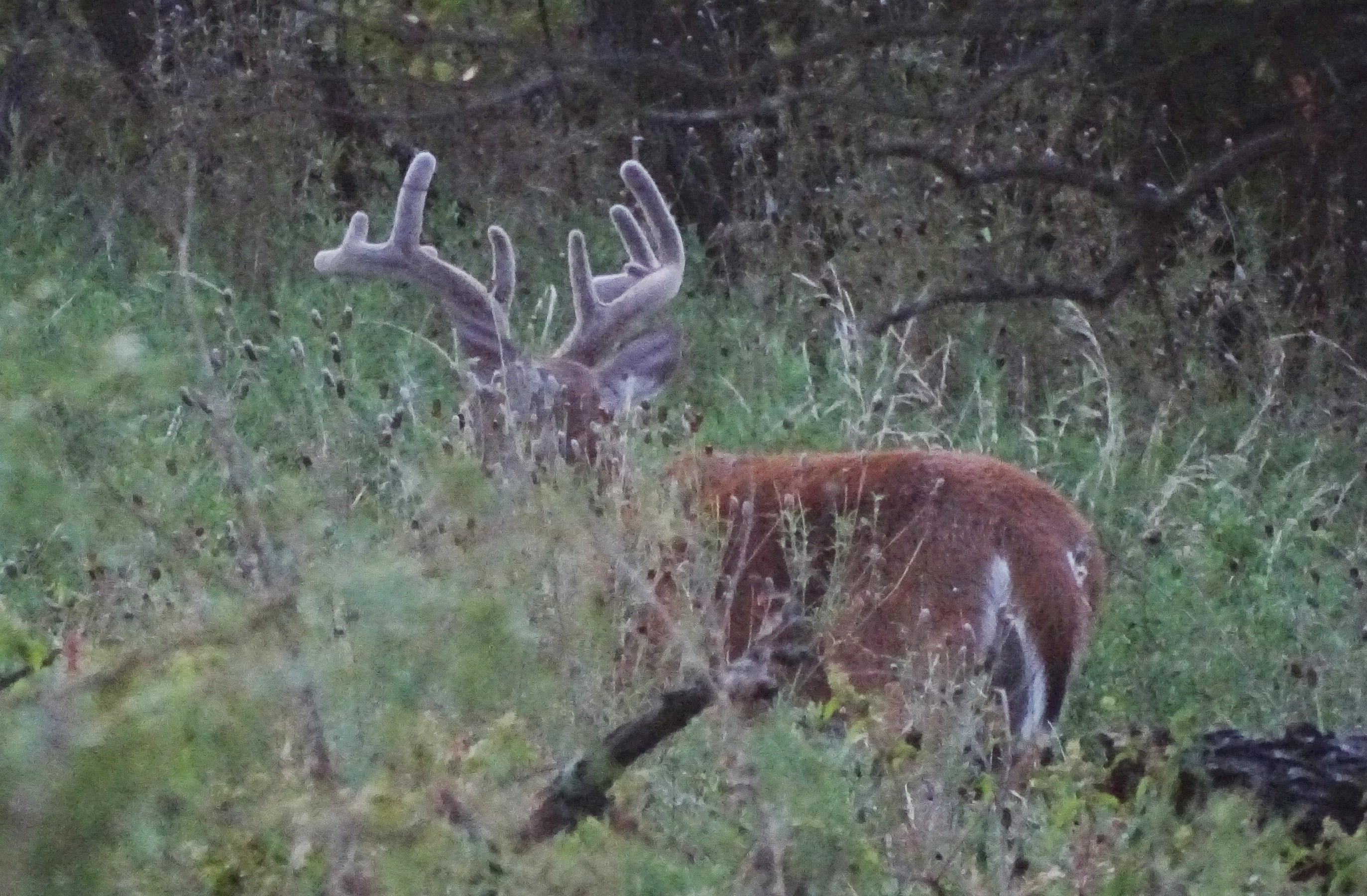 Tomorrow I’m going to sneak over to a different blind that is closer to where I saw him first. Come with me and we’ll see what happens.

Quest for the 'Swamp Donkey'