by Bernie Barringer
in Bowhunting Posts
0 0
A A
0 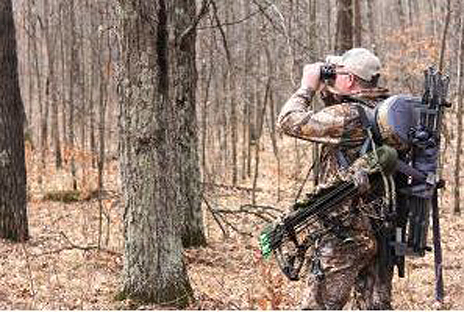 Sponsored by: Bucks, Bulls And Bears

Most of us have one thing on our mind during the rut; being in a tree. We work hard at finding the right tree and spending as much time as we can there. This has developed over years of trial and error and being in the right tree at the right time is a proven method of getting your hands on a nice rack. 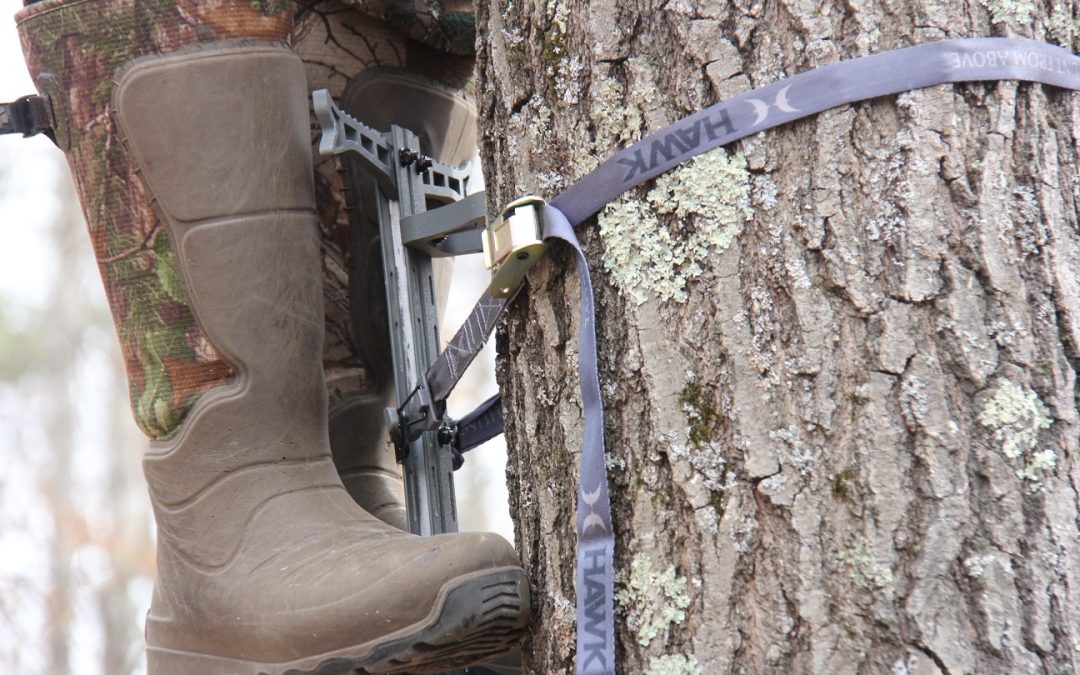 Do what the other hunters haven’t even thought of to throw bucks off guard.

Mature bucks have learned to depend on all their senses. If one of their senses is diminished, it will affect their movement patterns. The wind is a perfect example of an environmental situation that will curtail movement. When the wind blows, everything is moving, which makes it more difficult for the deer to pick out danger with their eyes. The wind creates noise which decreases the deer’s ability to hear danger. And the wind causes the scent currents to rush and swirl, which makes it difficult for a deer to pick out the source of a smell.

On windy days, many mature bucks just hole up and wait it out. If they aren’t coming to you, you must go to them. It’s the perfect time to stalk slowly into their bedding areas and try to shoot one from the ground. All that wind can be used to your advantage, and allows you to get close enough to see them before they see you. Then you can move in for the shot.

This is a slow, painstaking process which cannot be rushed, but if you have a few known bedding areas, you can be in for some great action if you take your time, glass regularly, and move stealthily through them.

We all know bucks that just don’t seem to show themselves during the daylight even during the rut. These nocturnal bucks become almost unkillable by legal means, but I have a strategy that just might work in the right situation. These bucks tend to bed in fairly predictable sanctuaries and with the use of trail cameras you can pinpoint the areas where they are spending the daylight hours. If you have their primary bedding are in mind, this strategy might just be the one that cracks their defenses. 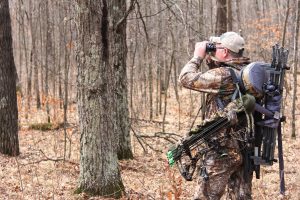 Now examine the area well and try to figure out which route he will take back into the bedding area based on the current wind direction and the terrain. Bucks are very predictable and cautious in how they approach their daytime sanctuaries. They tend to circle 50-70 yards downwind and then approach on a trail that allows them to enter the area with the wind quartering on the side of their nose.

Set your stand up on your best location guess and be ready. The buck is likely to be back within two hours. This is a long-shot of course and it will probably only work once; the first time you try it, so make sure things are right. I suggest you reserve it for that one deer that seems to be impossible to kill any other way. I have had this work for me one time and I have a friend that successfully pulled it off.

I lived and hunted in northern Iowa for many years. This flat, open farm country lends itself to spot and stalking whitetails, but I learned there was another strategy that was even more important. Anytime I wake up before dawn on a November morning and see thick fog outside, I know I am not going to the treestand that day; I’m going to spend the morning in the seat of my truck.

Mature bucks tend to push hot does out into open areas where they can keep an eye on them and protect them from smaller bucks. When daylight breaks, they just bed down in the nearest cover. This may be a bushy fencerow, a grass waterway, a terrace or a small patch of trees out in a field. Usually these areas are fairly secluded, but not so much on foggy days.

In thick fog, these deer only have a general sense of where they are, and they will bed in much more vulnerable spots than they would otherwise, because the fog prevents them from seeing their surroundings. I’ve seen them bed in remarkably vulnerable places. I have a friend who was driving to work along a gravel road when he saw a big buck lying in the road ditch right outside his window. He drove forward over a small rise, got out and trotted down the opposite road ditch until he was across from the buck. He then stepped up on the roadway with his bow drawn and shot the wide-eyed150-class buck before he had a chance to get up.

As the fog lifts during the morning, I cruise around with a binoculars and spotting scope, checking out where the deer are bedded. Most foggy mornings I will find a buck or sometimes two that are in a spot where a stalk is possible. Often I will just see a doe or smaller buck standing beside a fencerow or small piece of cover, but that usually means I can find a larger buck by using the optics to examine the area. I then plan a stalk and try to get within bow range of the buck. I have shot some bucks this way and I have even more stories of close calls and failures, but I love this kind of hunting because it is so exhilarating and rewarding when it works.

Move in for the Kill

This is another offbeat tactic that only works in some situations and during the breeding phase of the rut. Once again, it’s a bit of a long-shot, but when the situation presents itself, it’s worth a try. We’ve all been in the situation where we had bucks chasing a doe all around us. They are running through the woods, sometimes half a dozen or more smaller bucks, harassing a doe that is nearly ready to breed. Most of this behavior is found among yearling and 2-year-old bucks because the older bucks usually won’t expose themselves in this way. The mature bucks often stay back and let the smaller bucks chase the does, then move in and run the smaller bucks off when the doe is ready to breed. 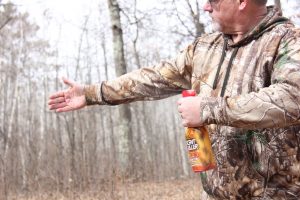 I can count several times that I have seen this chasing activity move off through the woods, then 20 minutes to a half hour later, along comes a bigger buck, trailing the action at a safe distance. I have learned to take advantage of this situation by moving quickly to get in on the action.

If you are seeing this chasing just out of range, think about all that great scent the doe is leaving in the area as she runs about. More bucks are sure to follow, and the chances that a larger buck is already aware of the situation are pretty good. Get moved over there before he arrives. I mean get your stand down and move quickly; get set up in a hurry to take advantage of the situation.

I even know of some areas of open timber where this chasing activity is very common and seems to take place quite often during the middle of November. I’ve sat in an area where I can glass these areas, watching for this activity. Then I grab a stand and rush down there to set up as quickly as possible.

For more please go to: Bucks, Bulls And Bears

HOW TO CALL ELK