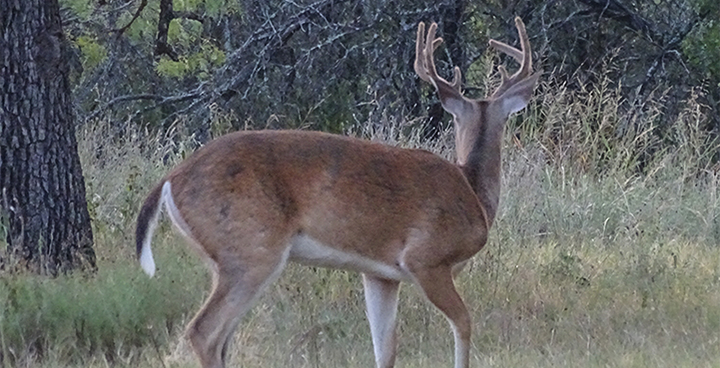 In September There Are Key Changes In The World Of Whitetail Deer. Although It’s A Step By Step Process Not All Of The Deer Are At The Same Step At The Same Time, Especially This Early in The Month.

At the moment I think that bucks are probably 50% still in velvet and 50% now have hard antlers. Here is a buck my camera messed up on splotched him up. He’s an 8-point with  small tick point on his right antler. 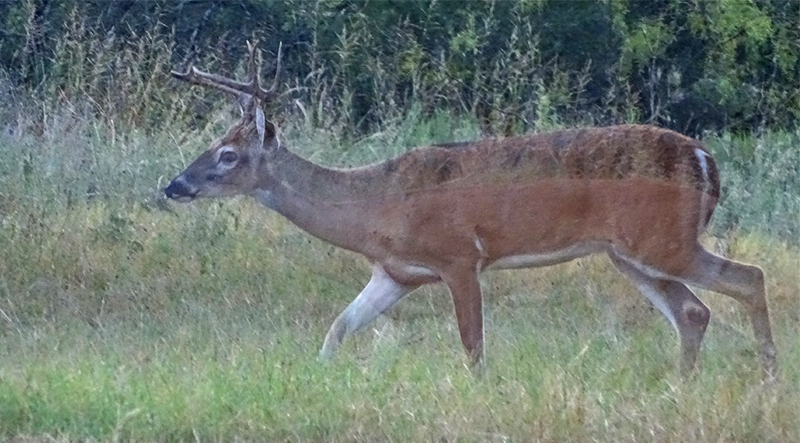 These young 8-points look almost alike. The one below looks like the tick-buck except he doesn’t have the tick point. 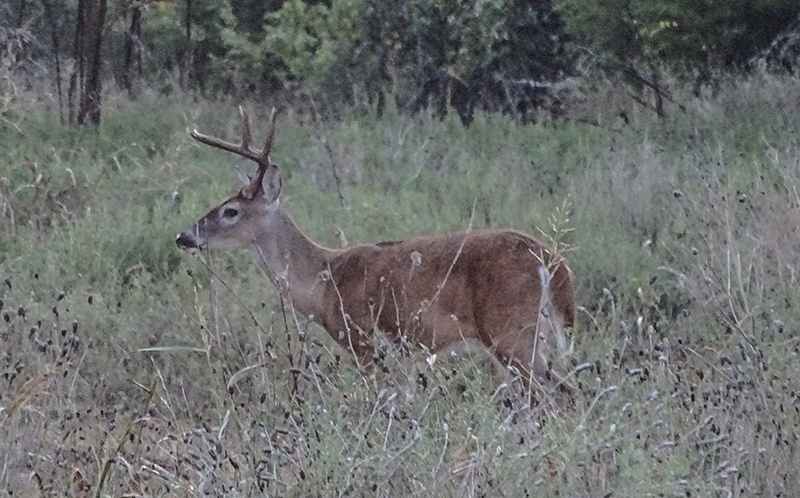 Below is the grey colored buck in velvet from a couple of days ago. It had a surprise interaction with a younger buck. To see it CLICK HERE. 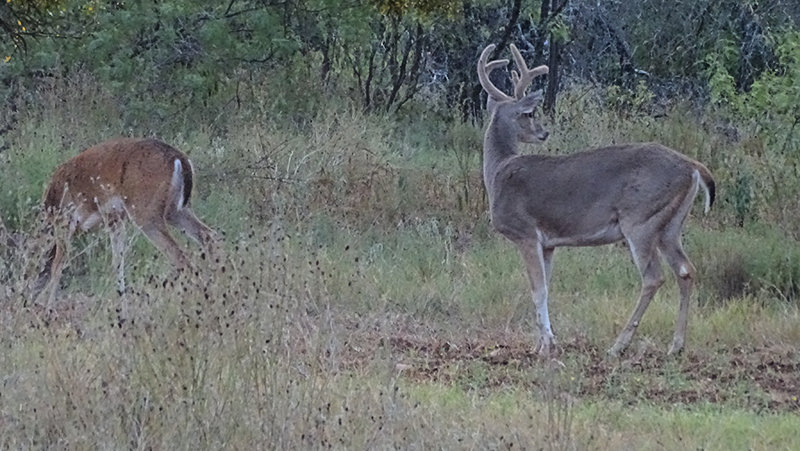 Back with the tick-buck as he heads for the trees. You can see that tick point better in this picture. 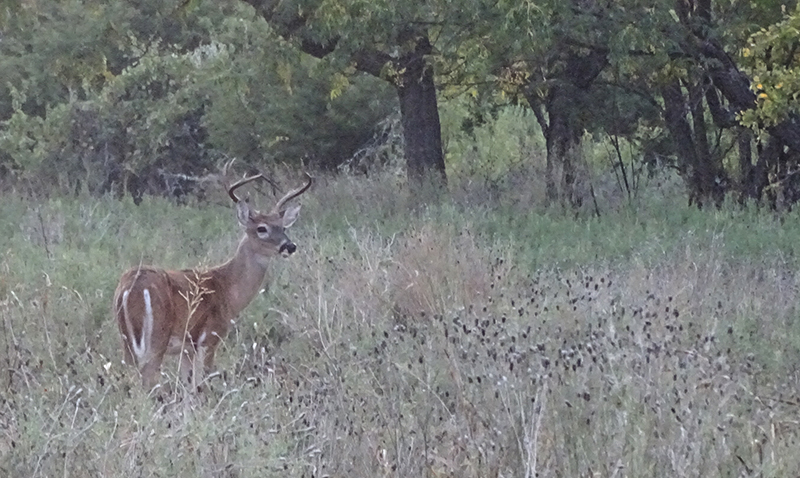 Meanwhile yet another 8-point is walking along the edge of the woods in front of me. This one is still in velvet. He is urinating on his hocks and the ground. 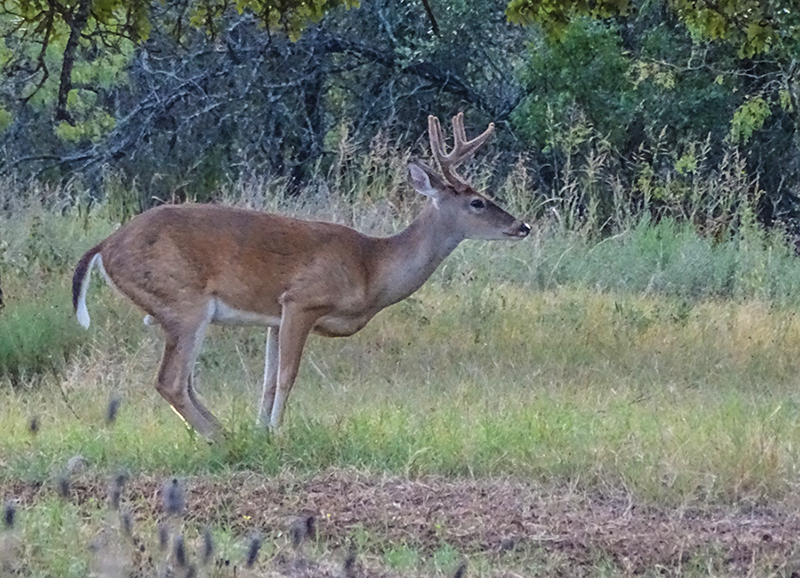 I zoom in a little closer on the velvet 8-pointer. 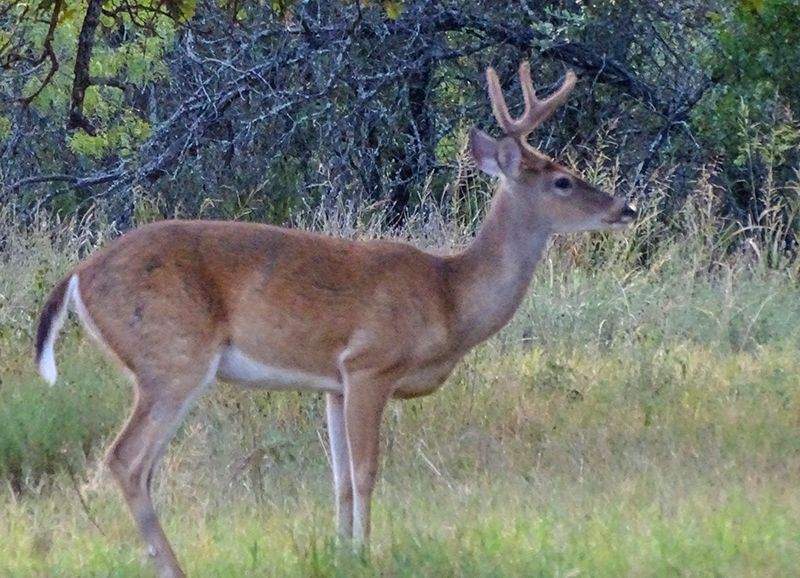 Then he takes several steps and looks left for a moment. Then he enters the woods. 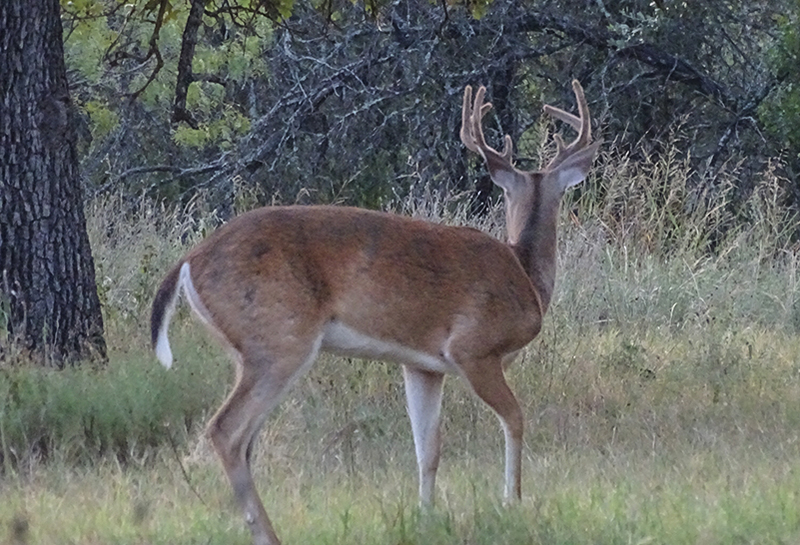 So in the deer woods the bucks are transitioning to hard antlers and changing their appearance. But other changes are rumbling inside the hard antler bucks. And i’ve started getting pictures of that too.