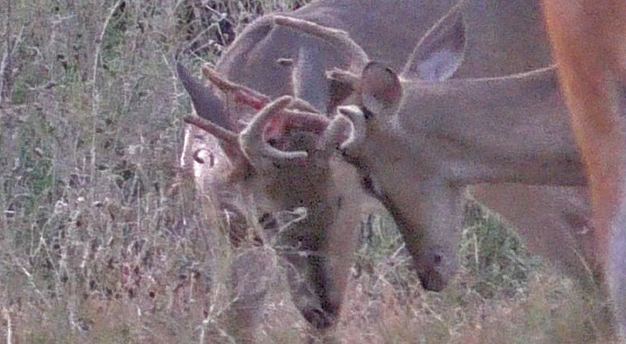 Late last week I witnessed a buck confrontation that, at least for me, had unintended consequences. It in not uncommon to see two bucks that are still in velvet  lock horns and shove each other around.

It had a normal enough beginning, an 8-point postured up for a doe and walked stiff legged toward her. She stood tall and watched him intently.

Notice the forky buck on the left, he will be in the mix in a minute.

The 8-point makes a half circle around the doe. Notice their laser focus on each other. 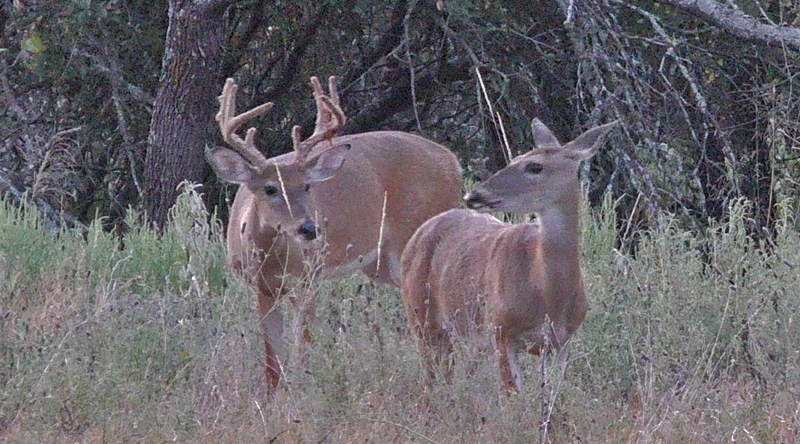 The doe surprises the buck by switching to an very aggressive posture. 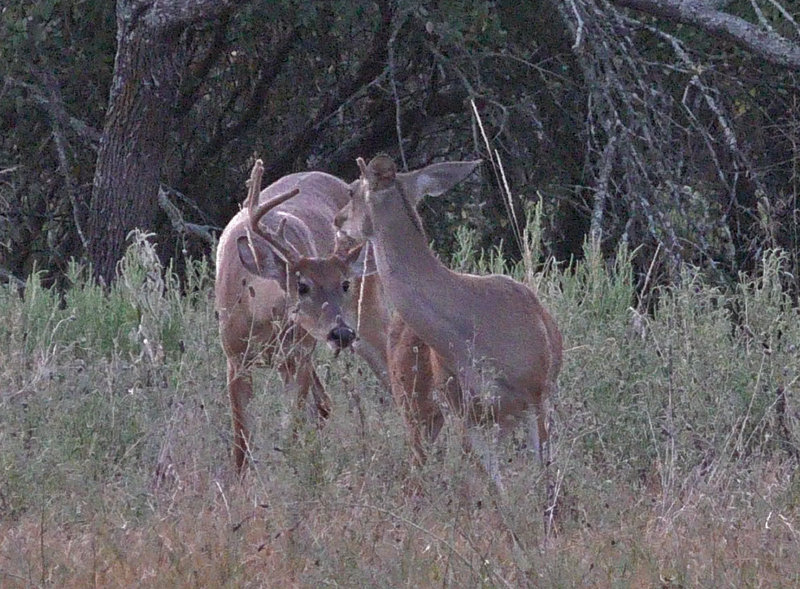 The doe now has the buck stopped in its tracks. But she is just getting started. She raises her left front leg. 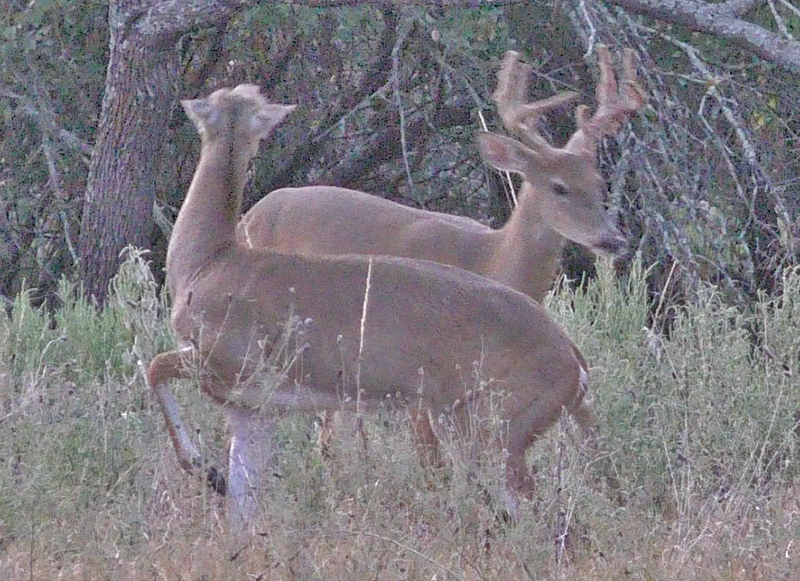 And clobbers the buck with a one-two punch using both hoofs and stands up tall and gives it to him again. The 8-point immediately turns away and makes a short dash.

The forky buck advances to the 8-point at once and walks close to him. 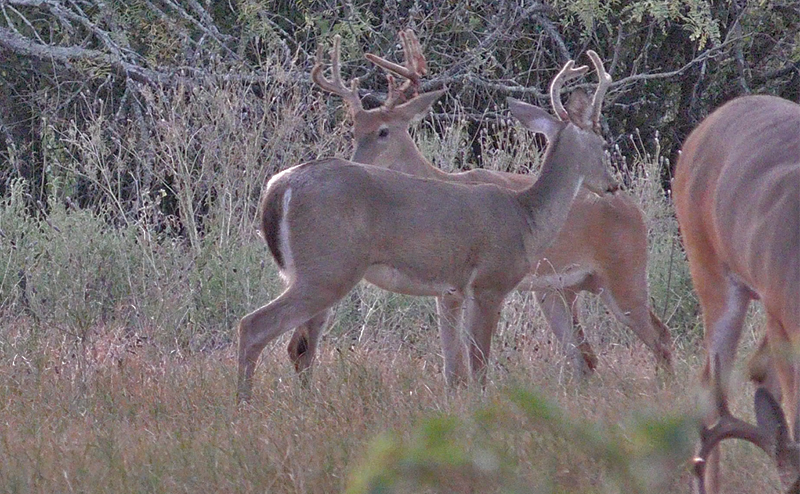 The forky pivots and both bucks posture and stare at one another, eye to eye, and ears back. 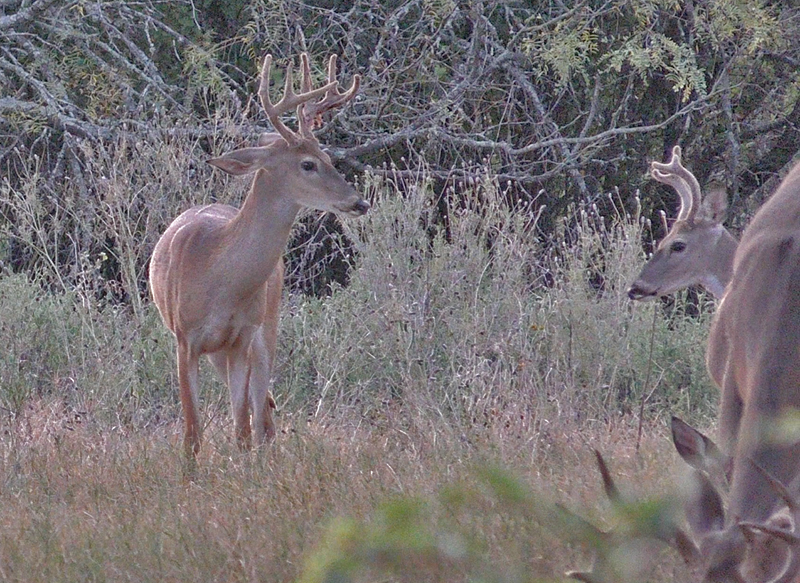 Both bucks keep track of each other. The doe ambles through and a larger buck is nearby, browsing, totally disinterested in the other two bucks. 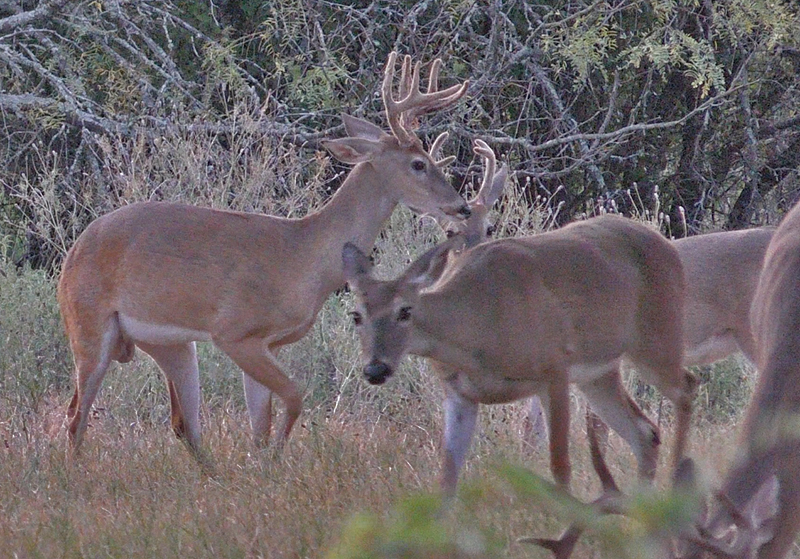 And the two bucks get face to face. 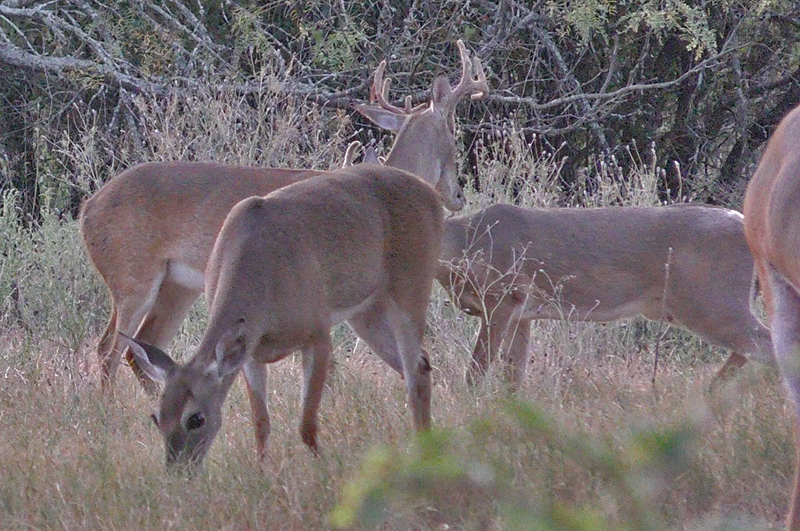 How Target Archery Helped Me Prepare for Bowhunting

Not Seeing Bucks! Here's Why.