The Surprise Buck Scuffle Gets Rough!

The two bucks shoved hard on their opponents, still-in-velvet, antlers. For a young buck   with a narrow forky rack, the younger buck was very aggressive and turned out to be stout. The 8-point outweighs him but still had to work at it to keep the pressure up on the forky. 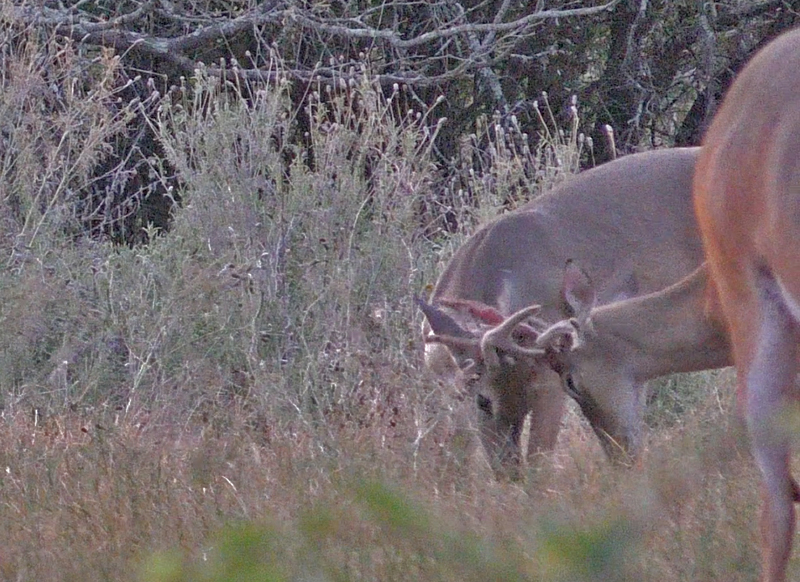 In my digital camera’s view window … I saw a streak of red suddenly appear on one of the 8-pointers tines. 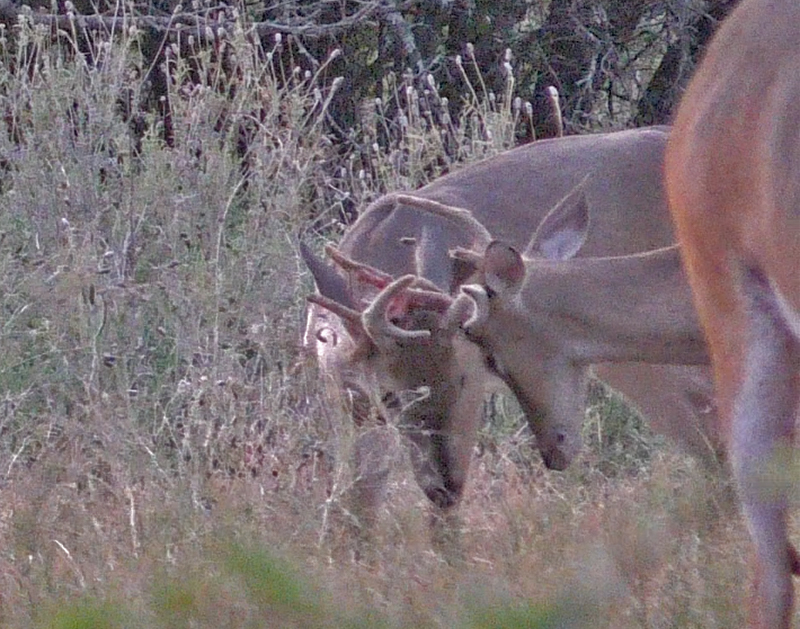 The 8-point shoved and twisted the forkys head, neck and torso and pushed him into the taller weeds at the edge of the nearby woods. 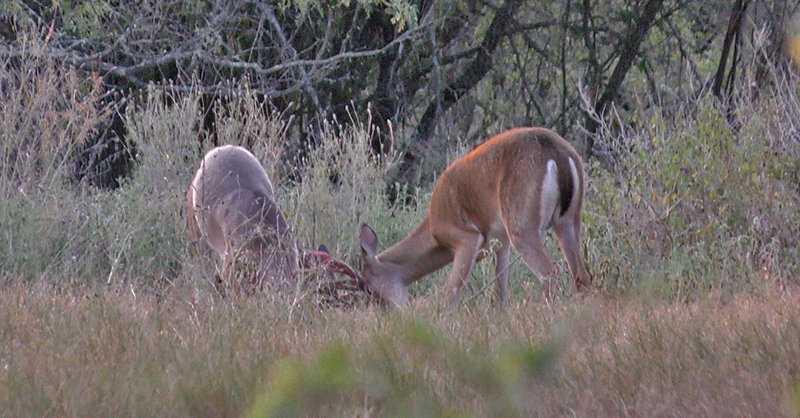 I zoomed in a little bit to get a closer view of what was going on. The red streak was now showing up on the 8-pointers left main beam. 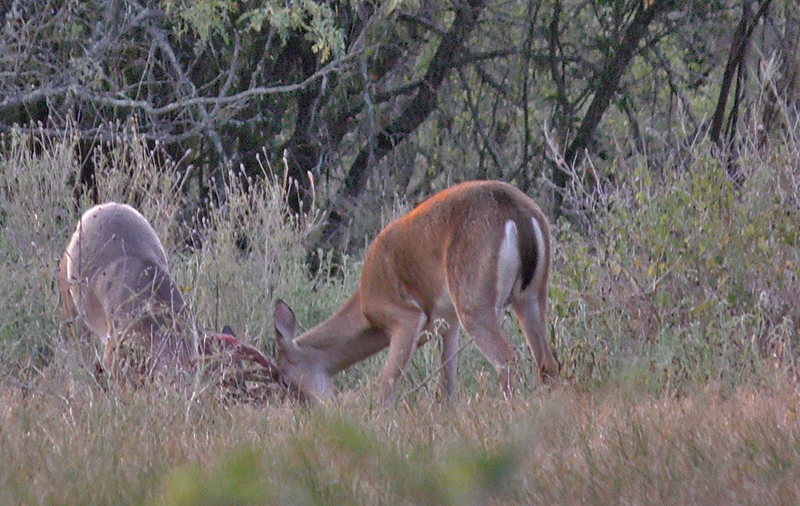 The 8-point twisted his head back and forth and pinned the forky’s face against the ground. In the picture below you can see the amount of torque and force the 8-point is putting into this fracas. 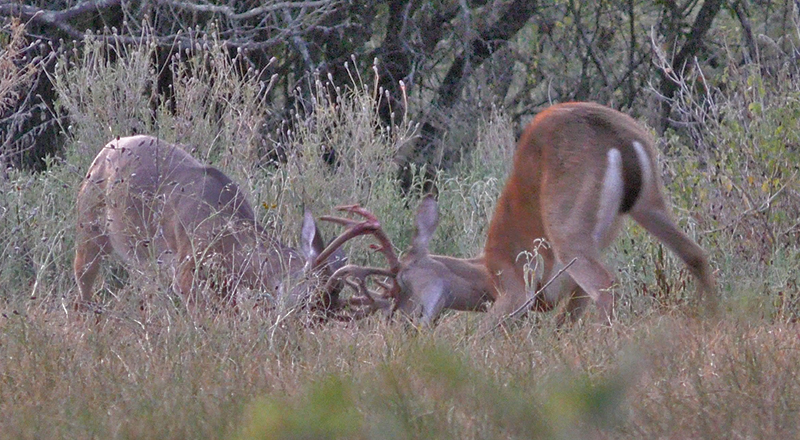 A minute later both buck abruptly separated. I focused on the 8-pointer and took a picture so we could get a better look at what was happening to his rack. The red showed through rips in the velvet and was, of course, blood. 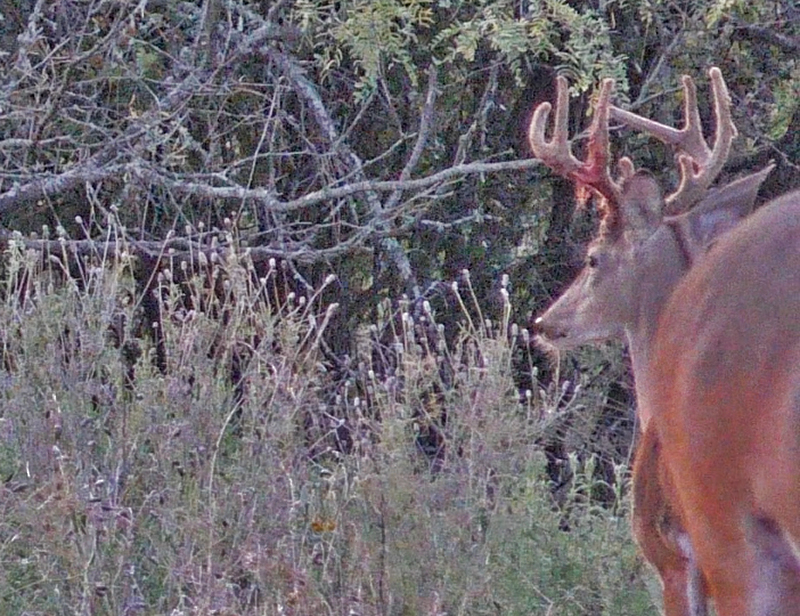 The two bucks stared at each other for half a minute … getting their bearings and re-establishing their aggressive postures … and then went right back to it.