Are You a Bowhunter, or Do You Just Hunt With a Bow? 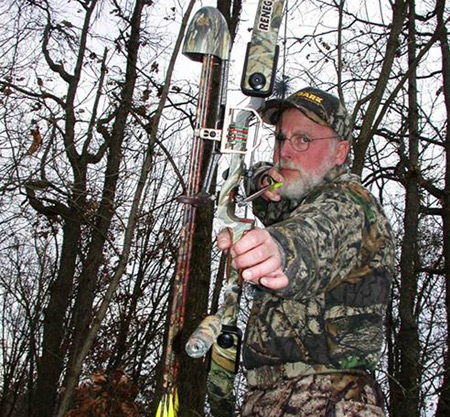 When you go into the woods with a bow, are you simply scouting for gun season? Are you taking the only weapon with you that’s legal during that time to bag a deer, and hoping to get lucky? Will you be as surprised as the deer if you do happen to bag him? What does the term “bowhunter” mean? Does a code of ethics and a particular style and philosophy of hunting exemplify the word “bowhunter,” that doesn’t include those who merely hunt with their bows? I believe the men and women who carry the mantle of “bowhunter” are a different breed from the average sportsman who takes up a bow for a special season to hunt deer and then forsakes the bow when gun season arrives. Let’s look at the criteria for the bowhunter, and the differences between the men and women who are in this fraternity and those who merely hunt with bows.

The person who hunts with a bow only hunts during bow season. He doesn’t hunt with a bow during the firearm season. The bow is simply an implement to increase the days he has to hunt and possibly the number of deer he can take.

The bowhunter hunts exclusively with a bow. He has learned that his chances for taking an older, more-mature buck increase dramatically when the gun hunter is in the woods. The gun hunter prefers to hunt open woods and forces the deer to concentrate in thick-cover areas where the sportsman may have 30 yards or less visibility, which is the ideal place for the bowhunter to hunt. The bowhunter has learned the older, bigger bucks take to cover first and remain in cover longer when hunting pressure increases. He knows the more gun hunters in the woods who walk in the open places and leave their scent all over the woods, the greater his chances are for seeing and taking a buck during daylight hours in thick-cover areas.

What Is the Code of a Bowhunter?

The person who hunts with a bow feels to be successful he must be able to loose an arrow, hit a deer and possibly be able to drag a deer out of the woods. He may loose four or five arrows in a hot spot where he’s attempting to take a deer. If he’s bagged a deer during bow season, when gun season arrives, he lays-down his bow and picks-up his gun, never to touch his bow again until next year’s bow season.

The bowhunter has a strict code of ethics and realizes three things can happen when he looses his arrow. He can miss, he can wound, or he can kill quickly. For him to shoot, he must know for sure he can kill quickly. He pays attention to detail. He derives pleasure from having his tree stand where he can see deer but where they can’t see or smell him. He finds excitement in the hunt itself, whether or not he looses an arrow. He’s had a successful season, if he has the opportunity to take several deer, but has turned those deer down and has refused to shoot, because the animal he wants to harvest never has come within range.

Bowhunting to him is an exact science. Everything about his equipment has to be tuned, tightened, silenced, sharpened and maintained. He enjoys working with his equipment as much as hunting. He’s an archer who derives pleasure and satisfaction from shooting accurately – whether his target is life-size Styrofoam animals, paper bull’s-eyes or a live deer.

He hunts all season long and enjoys being able to predict accurately where, when and from what direction deer will come to his tree stand. The hunt for him is to find the deer and predict when and where the deer will be within bow range. Actually taking the shot at the animal is just a continuation of sharpening his archery skills. The bowhunter’s season lasts all year long whether he’s shooting targets in his backyard, scouting the woods during the off-season or sitting in his tree stand waiting for a deer to appear when the season arrives. The bowhunter is what the name implies – both a bowman and a hunter. 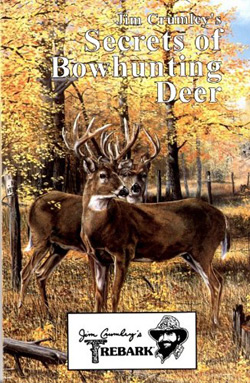 This is an excerpt from my book “Jim Crumley’s Secrets of Bowhunting Deer” check it out at  http://amzn.to/XYTCEY

To learn about hunting deer from John E. Phillips’ eBooks, print and Audible books, go to

Tools You Need for Maintaining Your Bow