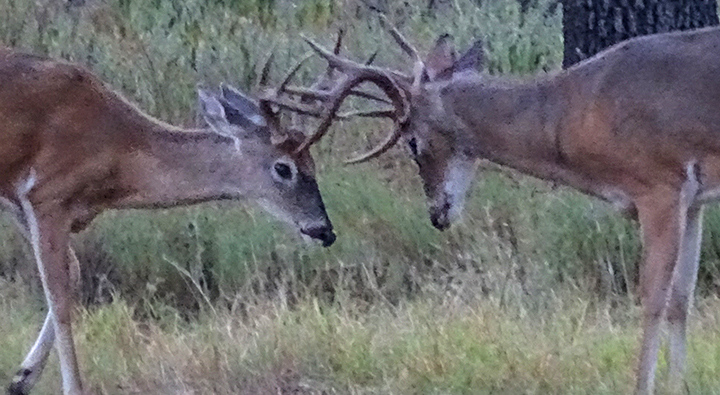 In September An Immediate Change Is The Attitude Of Bucks Toward Other Bucks.

Almost daily, new bucks are losing the velvet from their antlers. Once they have their hard antlers they want to try them out and show the other bucks what they’ve got. That’s not a level playing field, it’s definitely not only the bigger racked bucks that run roughshod over all the younger and smaller bucks. But we’ll be able to get into that as buck behavior develops. 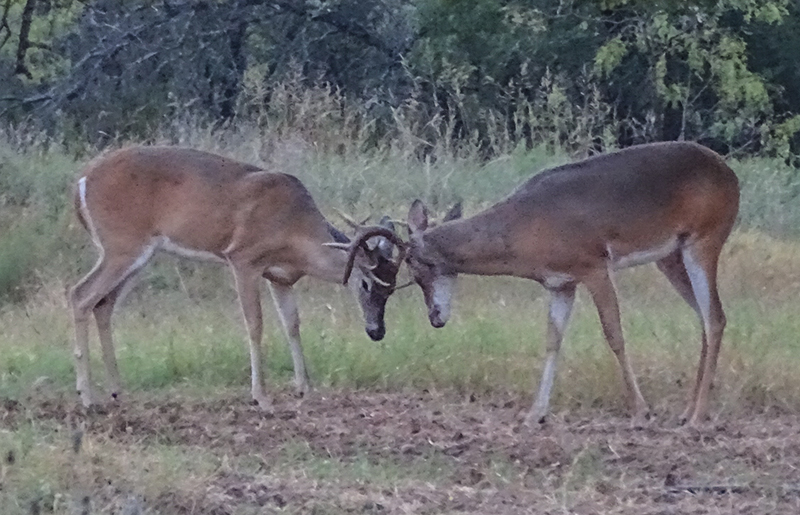 Two nice bucks, one is mature (on the right) and the other is a year away. The buck on the left put his ears back and is now advancing toward the 9-point buck. The 9-point stands in place and maintains eye contact as the other buck gets closer. 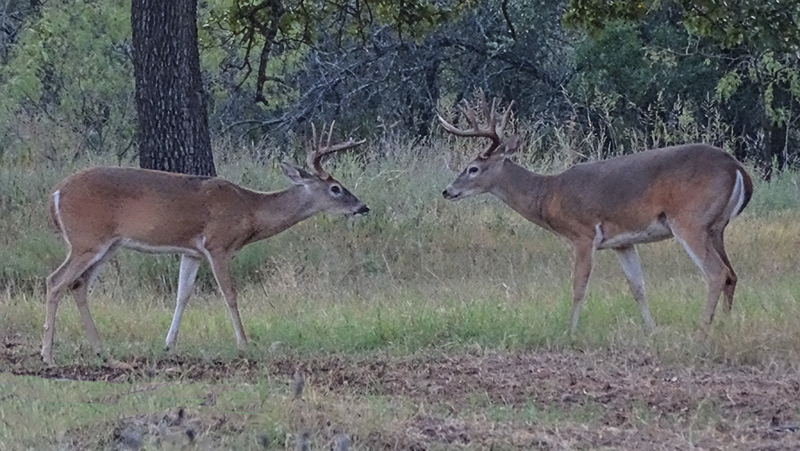 They push their heads together and in doing so hook their antlers together. The younger one puches with the weight of his body … and the older buck uses his body weight to stand his ground. 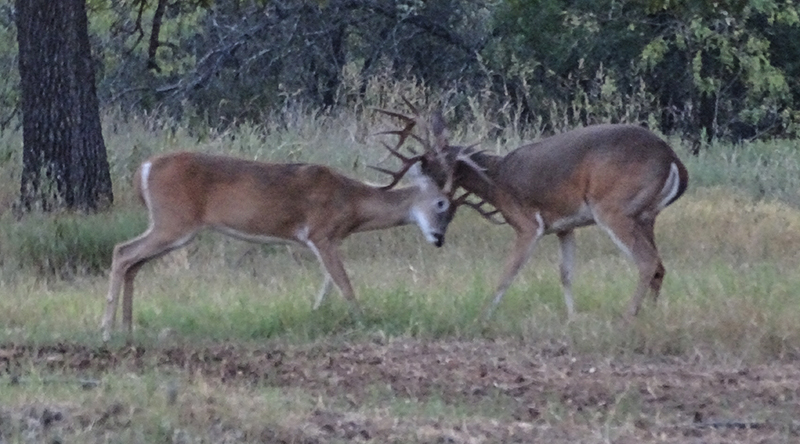 They shake their neck and heads back and forth and scrape their new hard antlers against the antlers of the opponent. 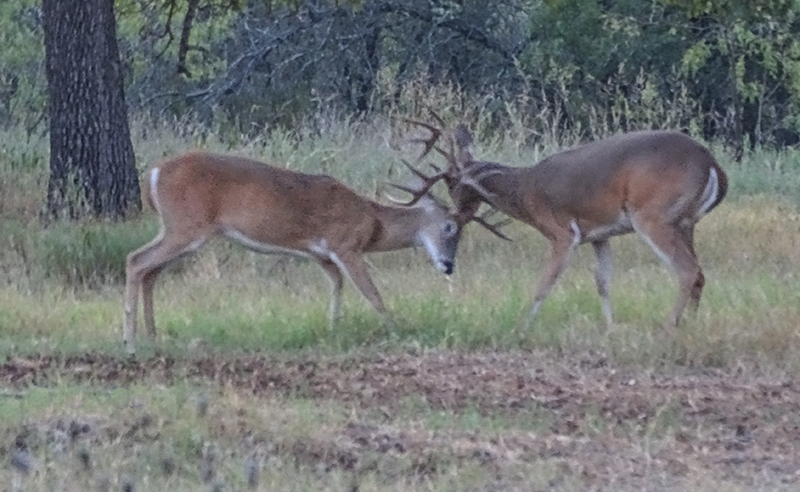 Then they stop. The bigger buck looks around casually. The other buck keeps his antlers in an aggressive posture to signal that he is still in the game. 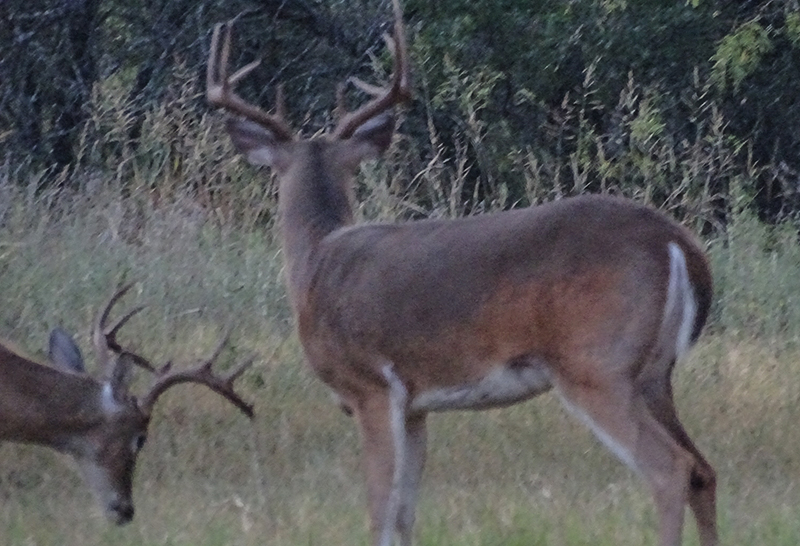 When he turns back toward the younger buck notice how his posture is different than the first time. He is getting ready to do some schooling. Take note of where the nearby tree is. 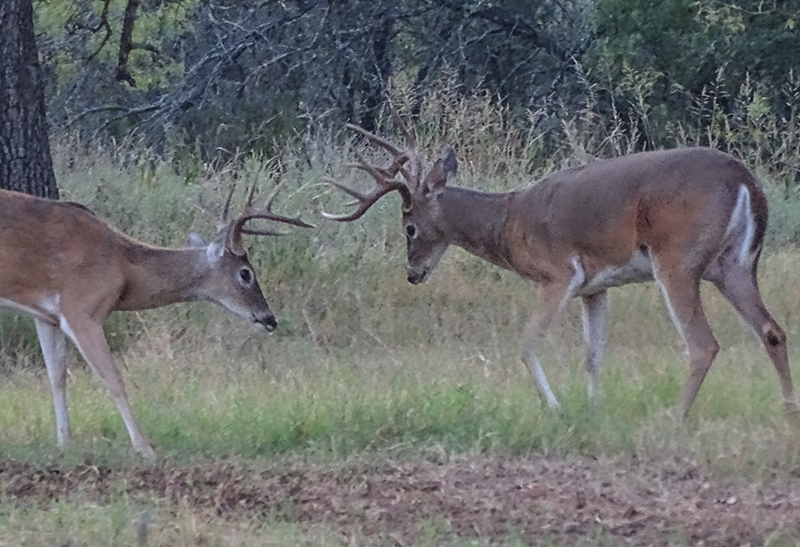 Wham! He pile drives the younger buck and forces him backwards a full body length. 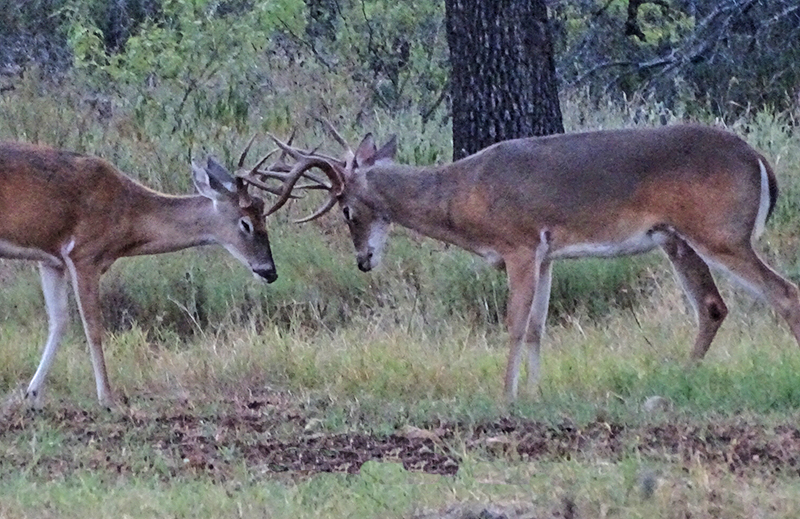 Quickly, I zoomed in and got a closer picture of their antlers. 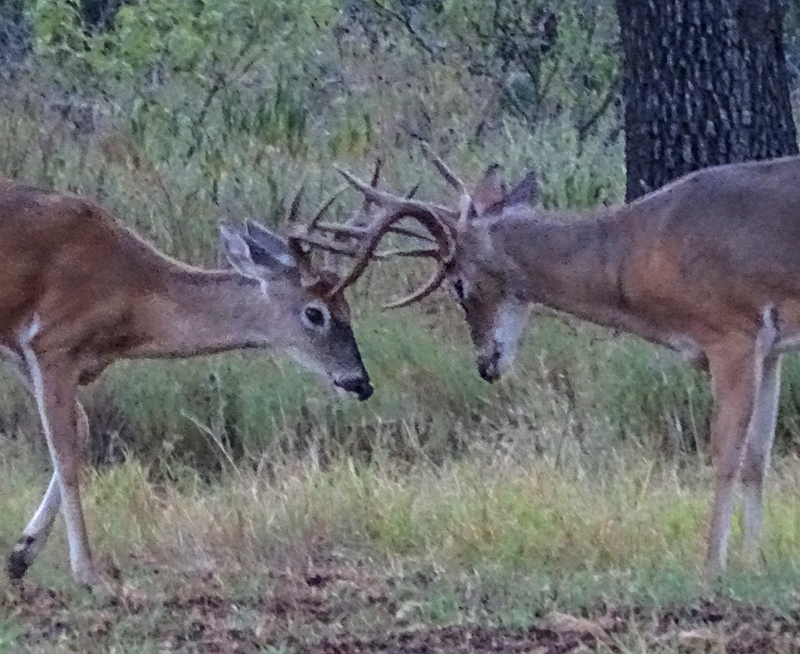 The younger buck pulls his antlers out of the mix and backs up for ten yards. The larger buck backs up as well. 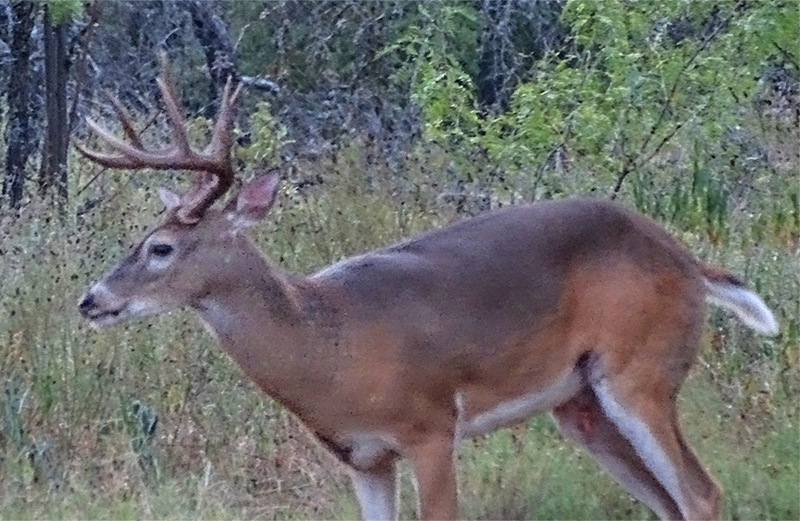 Then he bites at a bug that is bothering him. 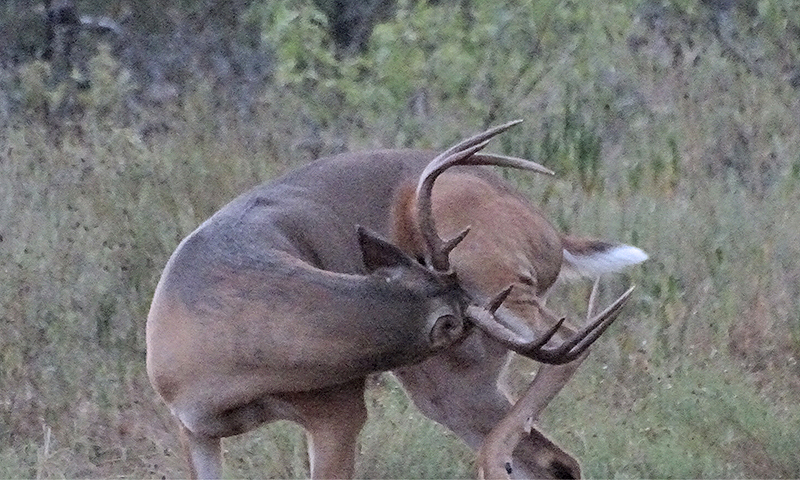 To put the final touch on this interaction he humps up and urinates on the ground. 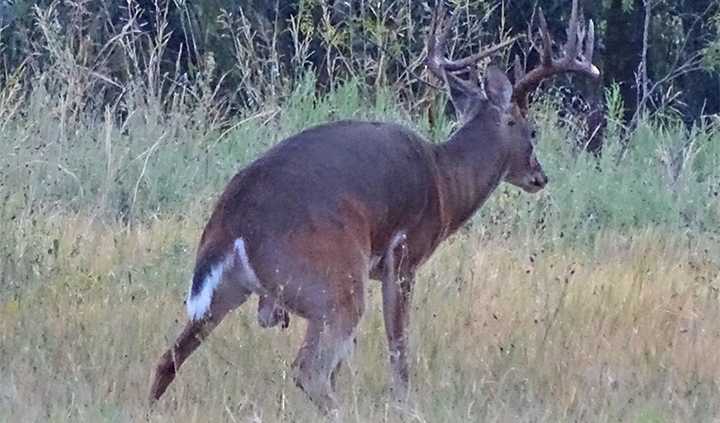 And then he enters the woods and moves off to his bedding place for the day. 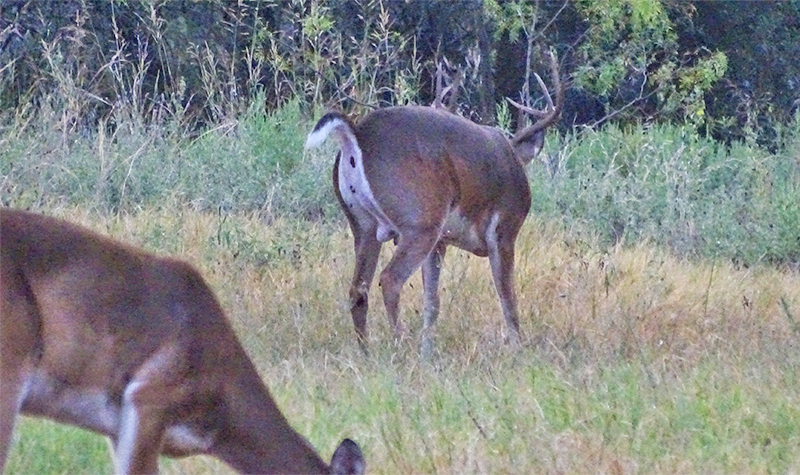 So there we have it, chances are taking place in the deer woods.