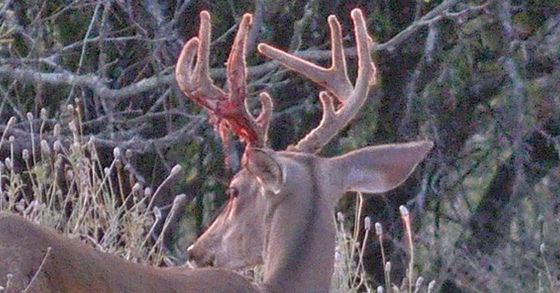 A Ruckus Between Two Younger Bucks Turns Into A Hard Fought Confrontation.

Both bucks paused and rested for over a minute. Then they eyeballed and stared at each other. The first to make a move was the 8-point, he raised up on his hind lege and thrust himself forward and somehow caught the forky by his antlers. 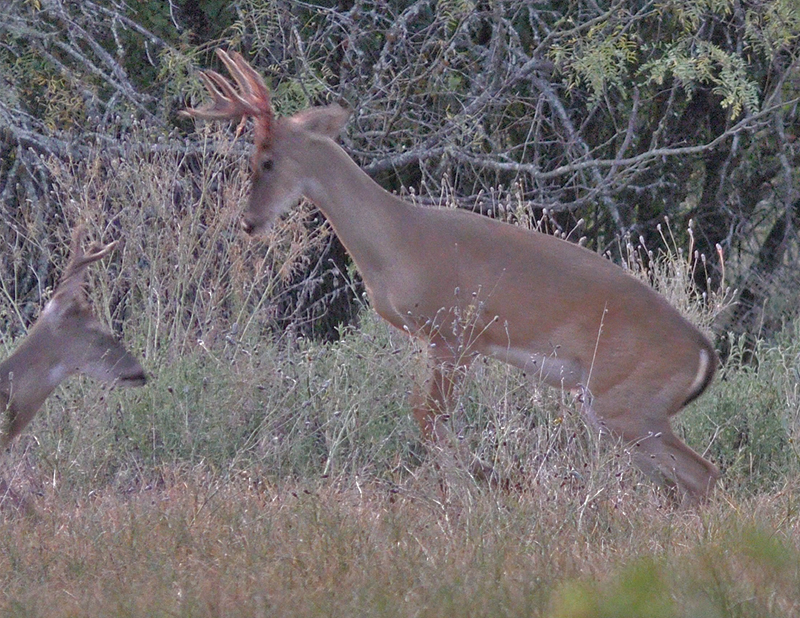 They thrashed and twisted in the same weeds they had just jostled around in.

Two minutes of pushing and shoving and they stopped once again. The 8-pointer’s velvet antlers were gouged, torn and bleeding. 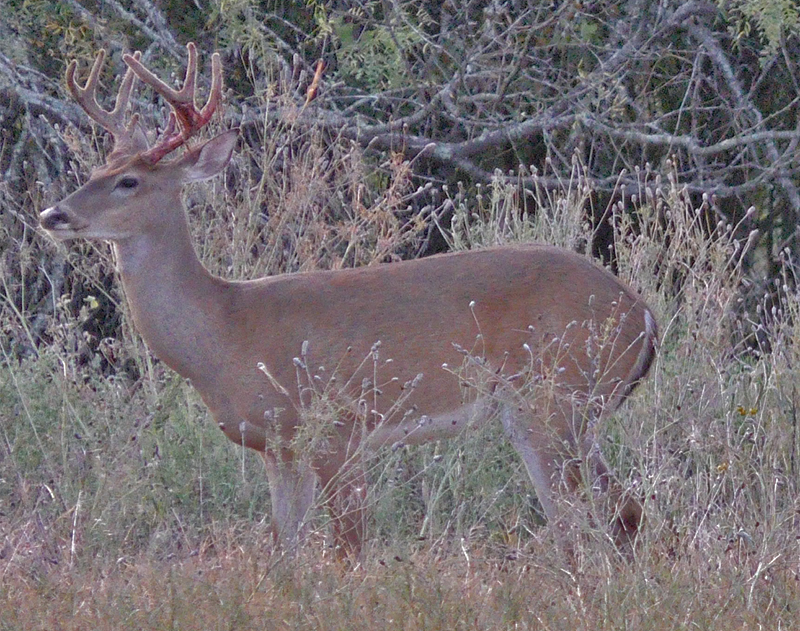 As he stood in front of me the bleeding was increasing and his velvet antlers were getting redder. 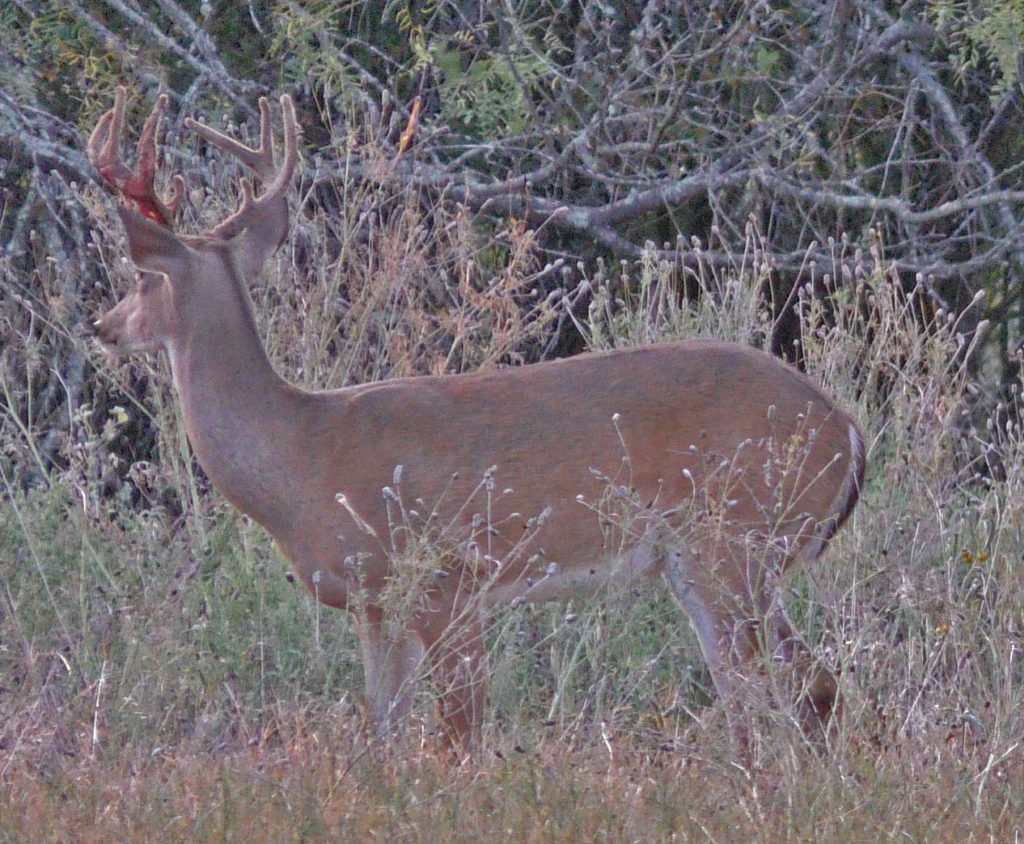 And they went back at it again. The forky stumbled and fell on his side and the 8-point wrenched his head and neck around violently. 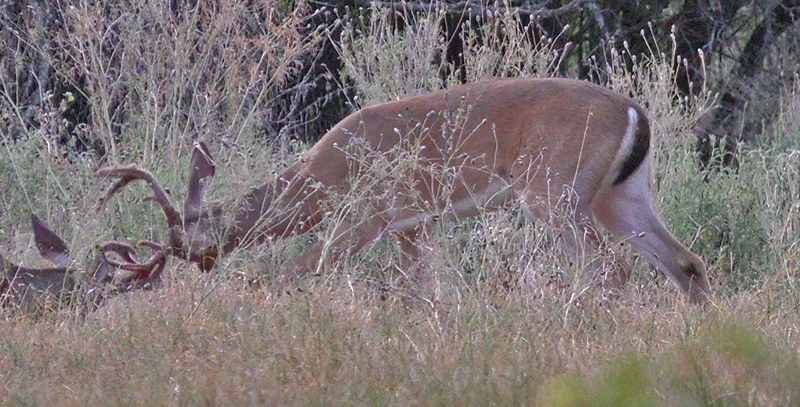 When the forky finally got his narrow rack loose from the 8-pointer’s he quickly put some distance between them. I got a picture of the 8-point getting his breath. 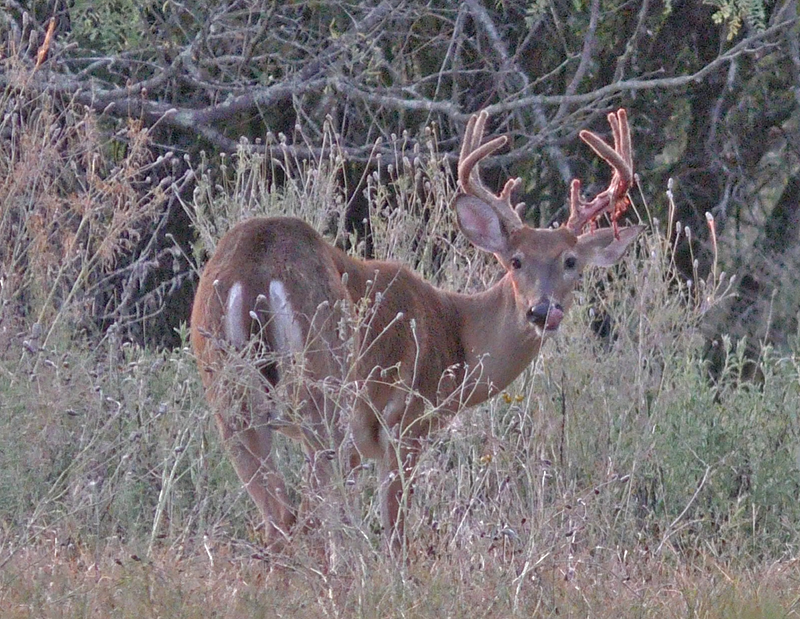 The forky circled in the trees and the 8 watched him. Notice the ragged strips of velvet on the left main beam and tines. The forky does not have wide enough antlers to engage both main beams of the 8-point. 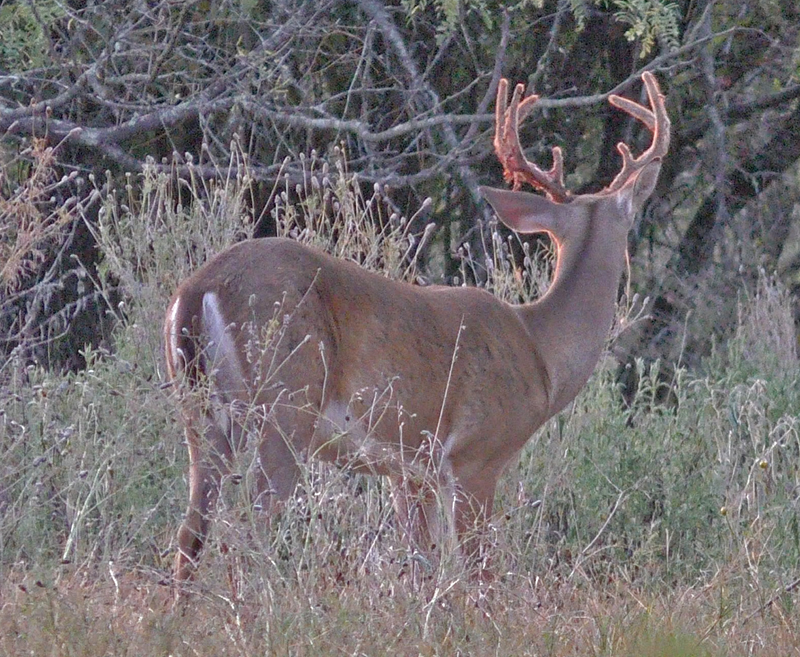 While he is standing still his left antler is bleeding more. 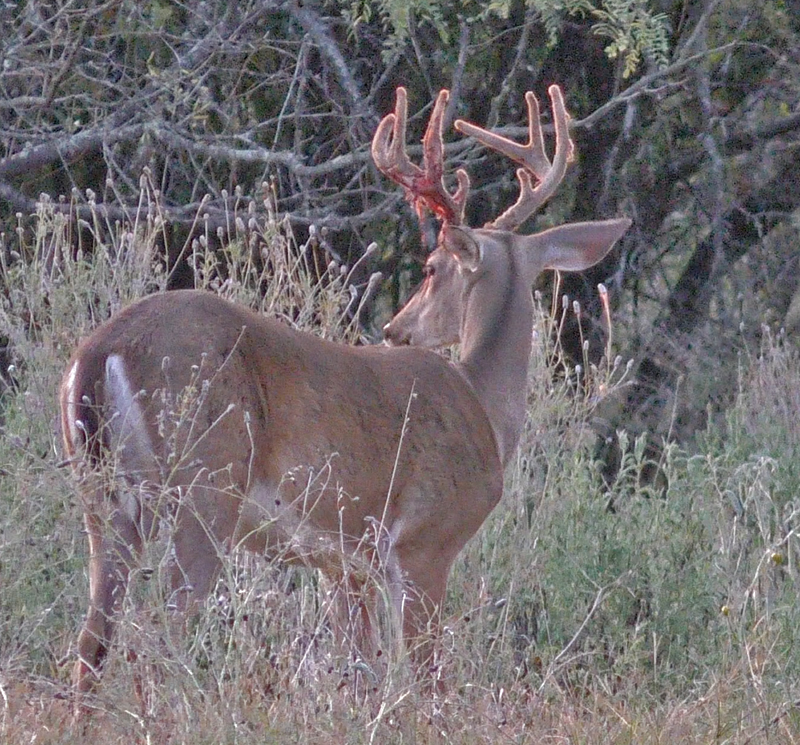 And in another minute the blood is even more red. 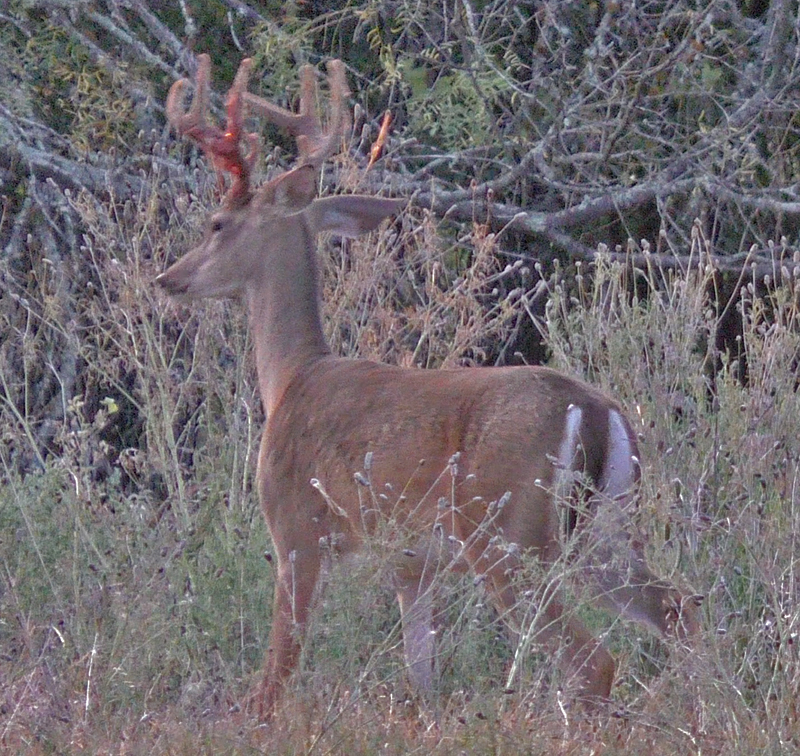 The forky walked out fo the woods and started toward the 8-point, but stopped and looked a bigger buck over. The 8-point watched them both briefly before turning and entering the trees and disappearing. 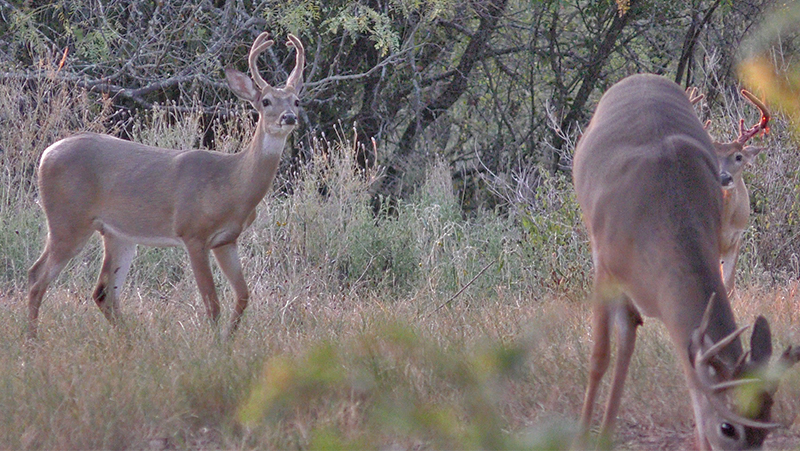 HOW MORNING AND AFTERNOON HUNTS ARE DIFFERENT

HOW MORNING AND AFTERNOON HUNTS ARE DIFFERENT