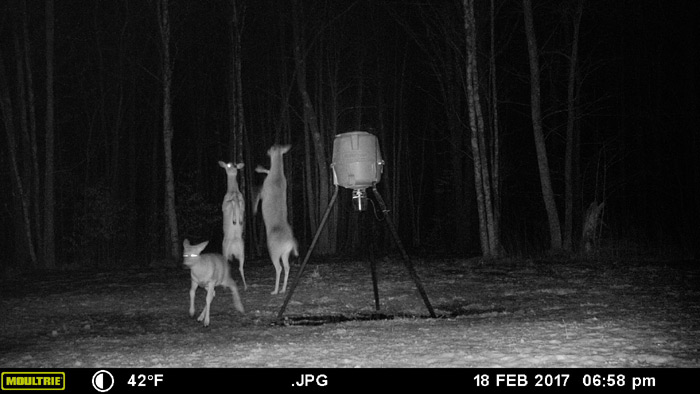 While attending the ATA show I talked to several companies that produce deer supplements and minerals looking for the products I was going to use for my project in 2017.    I selected Ani-Logic for this year.  With that decision made I continued  to check out other booths and one of my first was Pradco. I met Martin Hill [ Pradco also handles Moultrie Cameras] and I told him of what my plan was  for my project.  He thought it sounded like a great idea and I placed my order.

In about two weeks a package arrived. When I opened it up I was in for a big surprise .  Instead of one camera he sent me four along with SD cards and as a added bonus I also received a Moultrie camera bag .  I called Bob Timms with Ani-logic and placed my order.  I was going to use three of their products, The Mineral Block. Mineral Dirt 180, Supplement 365.  When the products arrived I went out and selected the spots to place the bait stations, set out the Ani-Logic and hung a camera over the bait.  It didn’t take long before the deer and other critters found the pile.  In the past I was only getting a few pictures mostly just does and fawns with a few smaller bucks.  But with the Ani-Logic I was getting all sorts of pictures and not just of small deer but some real nice bucks that would be on my hit list for hunting this fall.  But what really caught my attention was the unique pictures I was getting of the many other animals and birds  that were coming to the bait,  all just doing their normal everyday thing. 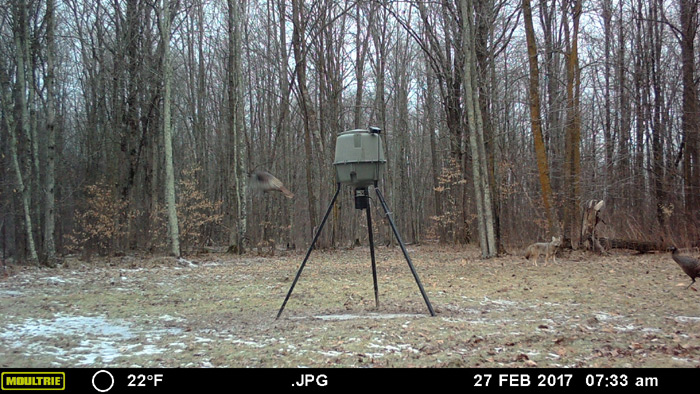 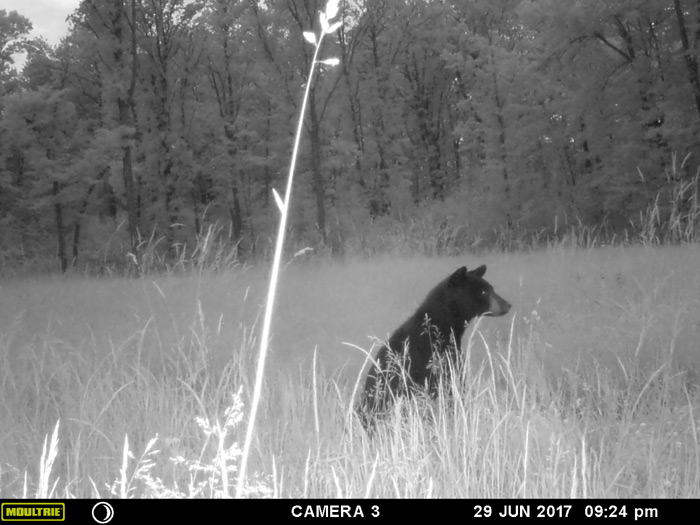 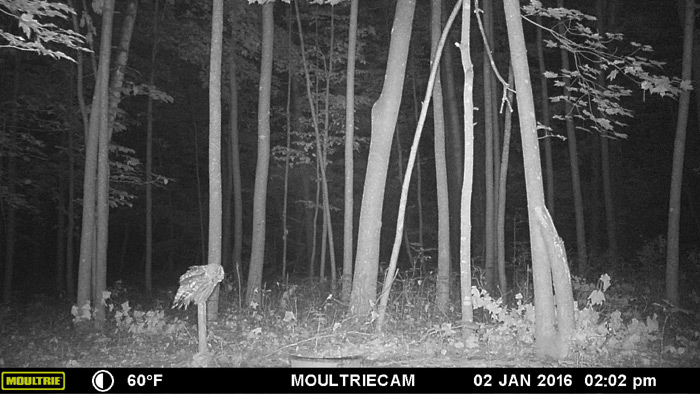 Some of the unusual  pictures were a family of eight raccoons, trampling over the bait and climbing trees and making a nuisance of themselves.  There were pictures of possums scouring over the bait searching for something to eat.  I had a red fox  come in that looked like he was posing for the camera.  There were pictures of bear and sandhill cranes checking out the bait. One picture was of a turkey and a coyote just staring at each other waiting to see who would move first. There were pictures of deer fighting and one with a deer and a group of raccoons in a stand off to see who should get the bait first. I had many pictures of turkeys doing all sorts of crazy things. There was a picture of a doe nursing her fawn.  I had many pictures of a doe with her two fawns who were real camera hogs. They seemed to like the spotlight and were always posing for the camera.  Sometimes  coming inches from the camera for a close up.  Squirrels  always made the scene just to aggravate the deer. But two of the of my favorite pictures were of a barred owl diving down on the bait trying to grab a mouse. And another of a screech owl standing guard on a branch overlooking the bait waiting for his next meal.. There were many other unusual picture but these were some of the best. 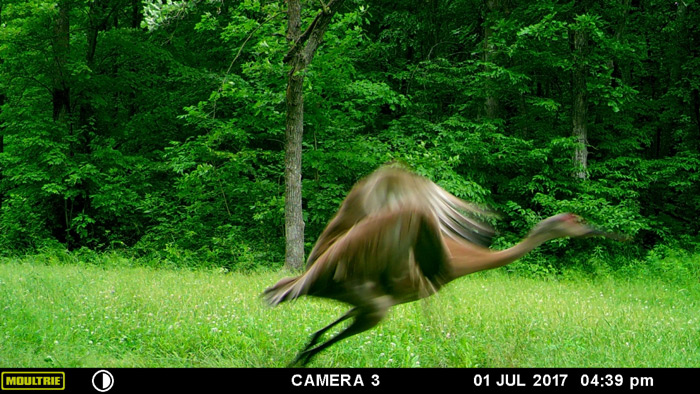 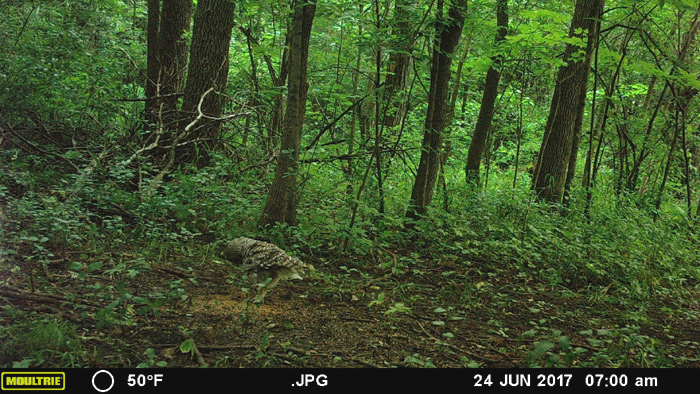 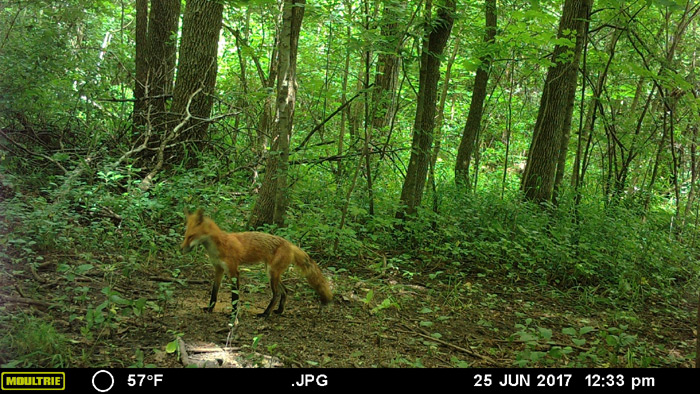 You need to have a camera with fast trigger speed.  The action can be fast and with a slow speed you might miss that one great shot.  Position the camera on the bait so you can get those high quality pictures.  With so many critters coming to the bait you will need to keep adding products to make it attractive. I also added a bucket of water near the bait and that helped keep everything coming in. This was a fun project and looking at all the amazing pictures made it worth the effort. It was fun just to watch how the animals and birds interact with each other. And nothing does a better job of getting ready for the season and knowing what and when game will show up where.

How To Keep Bucks On Your Hunting Property