by Robert Hoague
in Bowhunting Blog, Bowhunting Videos, Deer
0 0
A A
2 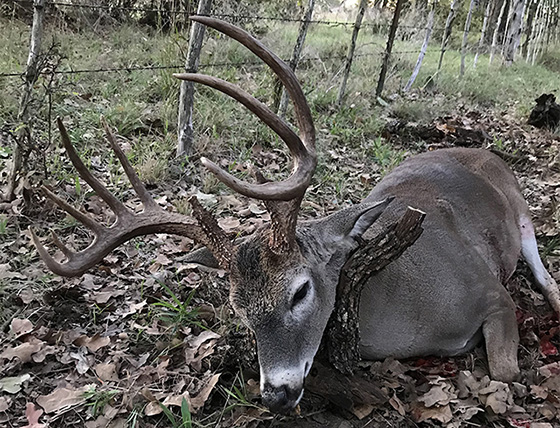 The Story As Robbie Told It, Kinda Like, Right From The “Horse’s Mouth”!

An hour before daylight, Robbie Cramer slipped into the ground blind in his stand area and silently waited until daylight. Before long Robbie was watching a doe group when  they collectively looked at something out of sight. Then the Does ran off.

Robbie looked through a side window in the blind. Fifteen yards away, against a tree line, a big buck was working a scrape. Then it began marking branches.

After that, the buck walked against the tree line towards where the does had been. Robbie thought he would go after the does, however, when the buck was 12 yards away he turned on a trail angling toward the biind.

Robbie realized he was on the way to walk by the left side of his blind. Robbie drew and held.

The buck came closer and stopped … right in the center of the shooting window … only 5 yards away … and as Robbie told me, he ‘Put the pin on him and shot.”

The hit looked good and the buck bolted to the left but away from Robbie — toward a rickety pasture fence 25 yards behind the blind. But there was not a lot of noise when the buck took off or hurried away.

A few minutes later he crept out of the blind to see if any blood or the arrow was on the ground. Nothing there. Then he continued slowly down a deer trail in the direction the deer had gone — stopping and looking for sign regularly.

Woops! 10 yards down the trail he saw the profile of a big, antlered buck, standing broadside. Robbie froze. The buck was looking off into the brush.

At this point the buck disappeared. Robbie could see space on both sides of the buck so he knew it did not go forward or backwards.

He heard nothing and saw no movement. Robbie had only gone about 15 yards and he returned to the blind. He got his iPhone, turned on the Video and walked through the brush toward where he had seen the buck last.

Ahead, on the ground, the buck lay, totally still.

Robbie stopped the video and took a picture of the buck … and called his buddy Robert Hoague. 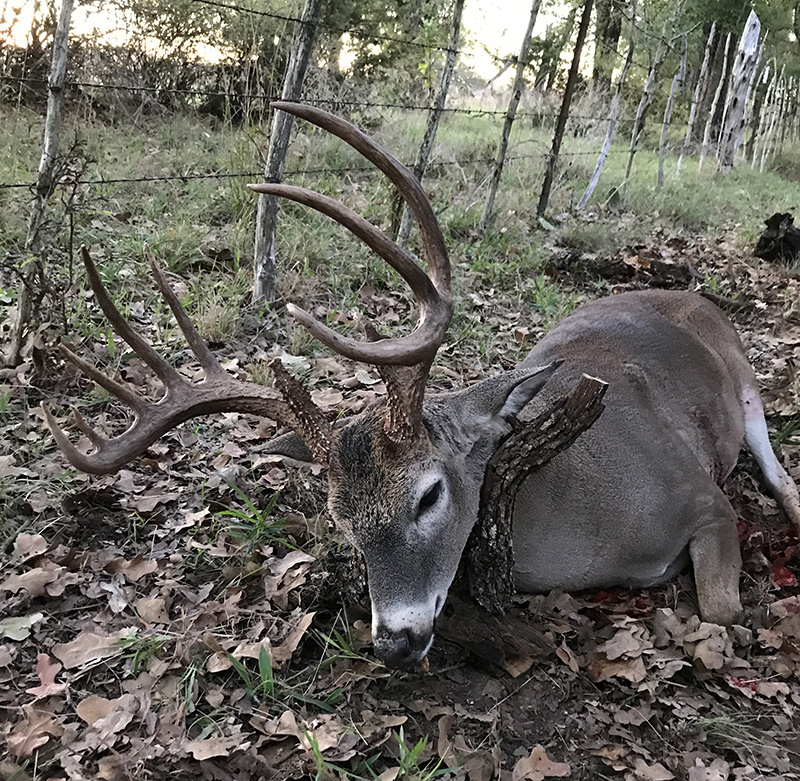