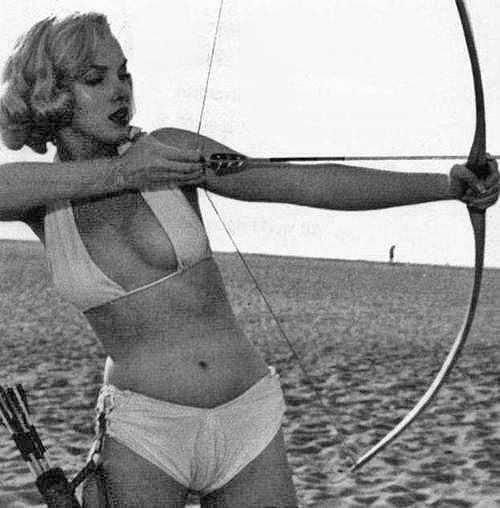 Interest in archery picked up with the releases of “The Hunger Games” movies in March 2012 and has increased momentum with other archery-related movies like “Brave” and “The Avengers.”

Wayne Piersol, owner of the Archery Only Pro Shop in Newark, Calif., says, “The Hunger Games” introduced millions of non-archers, ages 13 to 21, to the sport of archery. That influx of customers drove our introductory bow sales up by 30 percent last year, Piersol reported. With each new movie we are better prepared and have more equipment in stock than previous years. Hollywood created the perfect storm for archery, and sporting goods stores are benefitting.

Another archery shop, Archery Headquarters, in Chandler, Arizona reported seeing more women and kids in the shop after the 2012 Olympic Games than at any other time before. Typically during that time of the year — late summer — the shop is full of bowhunters ready to buy equipment for autumn’s bowhunting season.

“For 25 years, my customers have been primarily men,” said shop owner Randy Phillips. “Suddenly, a lot of moms were there with their kids, asking a lot of questions.”

But Phillips figured it out. Archery Headquarters began offering introductory archery classes and they filled quickly. Then Phillips created the Archery Academy, a separate area in his building that’s bright, colorful and free from taxidermy. The new area resembles other indoor sports facilities, and appeals to this new mainstream archery audience, especially women and kids.

While there are testimonials just like those from archery shops in every region of the country, the Archery Trade Association (ATA) is working to track trends nationally, many of which are revealing surges in archery equipment sales and participation.

Federal excise tax is one way the ATA tracks equipment sales. Unlike most manufacturers, makers of archery and bowhunting product pay a tax on bows, arrows and various accessories sold. The tax is used by state and federal wildlife agencies to fund shooting, hunting and conservation projects, but it’s also a reliable way to gauge growth in an industry with virtually no publicly traded companies.

“Our industry is made up of  family-owned, private companies  which makes accurate, nationwide sales data more difficult to report,” said Jay McAninch, ATA CEO/President. “That’s why the ATA’s funding of industry-wide surveys and our efforts to monitor the excise tax totals are so critical to recognizing trends in archery participation and equipment sales.”

McAninch wrote in a blog post earlier this year that arrows have steadily increased in unit sales since 2009, when we estimated 16,944,029 units were sold.

Here’s an excerpt from the same blog:

The following are data highlights from this 2013 survey.

Of the 18.9 million participants in bowhunting and archery in 2012:

To harness and direct surging archery participation and interest among young archers, the ATA has committed resources to “Release Your Wild,” an advertising and social campaign which recently launched prior to the November 22 release of “The Hunger Games: Catching Fire.”

The campaign effort is designed to leverage the influential, pop culture moment surrounding the movie’s release, while extending beyond the moment to sustain peaked interest and engagement among new archers. Archery360.com, a consumer-facing site devoted to all things archery, will complement the campaign by providing ongoing archery-related news, participation how-tos and such tools as an archery shop locator.