by Robert Hoague
in Bowhunting Blog, Bowhunting Videos, Deer, Wild Turkey
0 0
A A
0 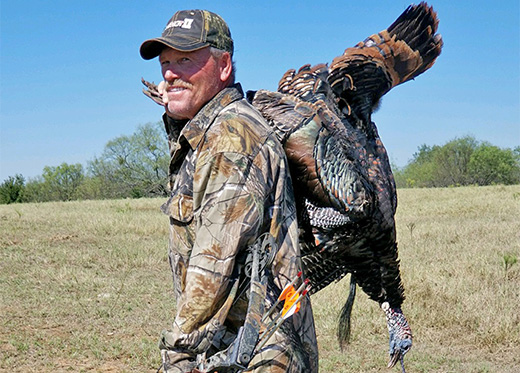 When “Cowboy” Steve Saw The Gobblers Coming He Only Had One Question, “Were They In Season Now, Or Not?

Recently, we covered Steve “Cowboy” Montgomery on a Brown Bear bowhunt in Alaska. It was Steve’s first time to bear hunt and he got both a Black Bear and a Brown Bear. What a hunt!

Cowboy Steve and Cindy Lavender drove in from Arizona to bowhunt opening weekend of deer season. For her first outing Cindy hunted T.E.’s Folley, a deer funnel at the edge of the property that runs adjacent to the river.

Meanwhile, the Duck put a chair in a homemade, wooden ground blind so Steve could hunt in that area.

Steve hunted the Condo area the next afternoon and saw a few does and young bucks. When he saw a group of hens approaching through the surrounding trees he counted 20 hens in one bunch. Soon after, he saw a gobbler and before the afternoon hunt was up he had watched 10 gobblers come through — some in bow range.

But Steve, who is a non-resident did not know if wild turkey season was open and he held up on taking any shoots.

The next morning he heard wild turkeys fly down in the distance. Before long he heard turkey talk and some hens came on in to the recently plowed and planted area. He took a smartphone picture of a gobbler in the trees near the ground blind. 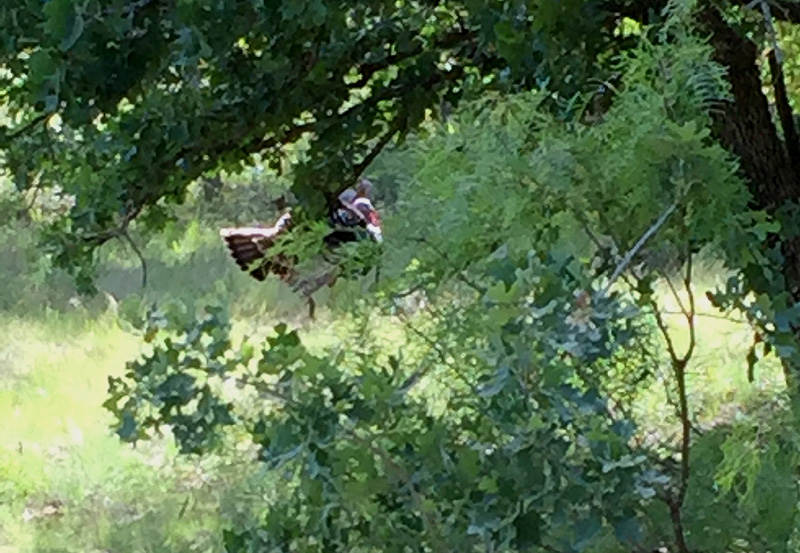 Armed with the knowledge that wild turkeys were definitely in season during the October archery season, and also that the license he purchased had wild turkey tags, Steve watched as the big Tom inspected the area.

When the gobbler stepped out of the trees he walked right in front of the blind’s main shooting window. Steve drew and took aim at the big Tom’s vitals ,,, and he took the shot.

The arrow struck home and the gobbler dropped in it’s tracks! 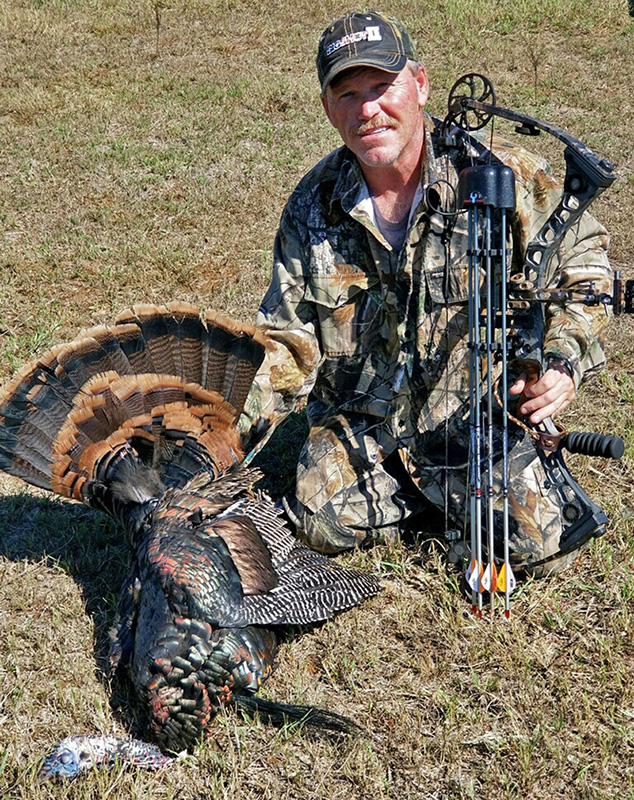 Steve’s Rio Grande Tom sported an 11-inch beard. Steve texted the Duck and Don came to take a few pictures of Steve and his big gobbler.

Cindy Lavender, in the meantime, saw several does and a few bucks at her river funnel stand. The does were in range, the bucks were young, and Cindy passed. She’s waiting for a Big Boy.

Cindy Lavender is a writer for Bowhunting.net. Click on the following link to see a list of articles written  by Cindy Lavender.

How To Be Invisible