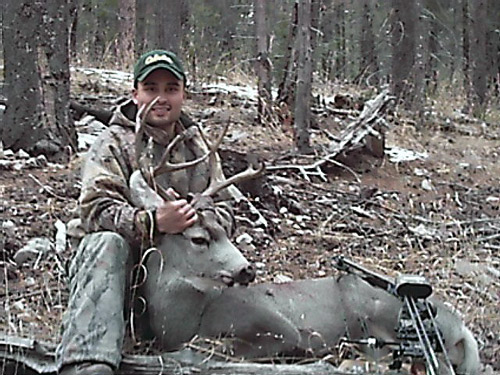 It was late afternoon on day two of my three-day mule deer hunt in New Mexico.  After a hurried stealthy stalk on a small group of feeding deer, I suddenly froze as I saw the distinctive white face of the mulie as he broke over the hill to meet me, only thirty yards away.  “Busted,” I thought to myself as the big 4×5 mulie stopped and stared in my direction.  As I closed my eyes wishing I could become invisible, reminding myself how tough the hunt had been and how this could be my last chance.

The past two days had been extremely slow.  I had scouted the area a few weeks prior to my hunt and I had seen many nice mulies.  Therefore, I felt my odds were going to be really good.  Unfortunately, opening day proved otherwise and deer activity was slow, with the most activity-taking place during the late afternoons.  Disappointed and frustrated, I decided to set up in a small cut between two hills where I had previously seen deer feeding.  At last I saw a group of does with two small bucks as they began feeding towards me.  The small mulies were legal and not being picky, I waited patiently for a shot opportunity.

As they enclosed to forty yards; not looking like they were going to come closer, I began to draw my bow.  Suddenly, I heard grunting off to my right and as I turn to look I saw a big 4×4 mulie trotting towards the group of deer.  My heart now pounding with adrenaline and excitement, as the big mulie approached within forty yards.

Turning broadside as I drew back, I aimed and shot, watching my arrow fly right over his back.  “That was my chance,” I thought, as I became frustrated as I watched the big mulie disappear in the timber.

After a restless night I woke up early still optimistic and anticipating another chance. However, today proved to be even slower than the first and it wasn’t until late afternoon that I found myself face to face with a small 2×2 mulie.  Hoping to get a second chance, I waited as the small mulie made his way towards my direction.  Having little cover, I was unable to draw my bow and the small mulie was now within ten feet of me.  Not having any other choices, I quickly drew back.  Hoping I could pull off a quick shot, before he would spook.  No chance!  The mulie wasn’t going to stay for that ending, and I watched, as yet another opportunity was lost.

Having missed two opportunities and being frustrated in not being able to close the deal, I wondered how many more chances I was going to get.  “One more chance,” I prayed, that’s all I need.  As I slowly opened my eyes, I was amazed to see the big mulie no longer starring at me; but instead found interest in raking a small bush.  I began to draw my bow, thinking he couldn’t see me with his head being buried in the bush.  “Busted again,” I thought as the big mulie quickly lifted his head toward me.

However, instead of spooking, he begins to curiously walk toward me.  I quickly drew my bow as the big mulie passed a large pine tree.  He somehow caught my movement and immediately spun around.  But it was too late as he stepped out from behind the tree, pausing long enough allowing me to make a perfect quartering double lung shot, dropping the big 4×5 mulie right in his tracks! 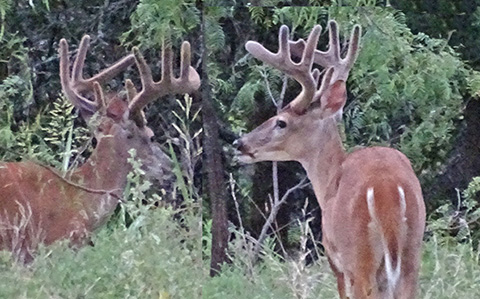 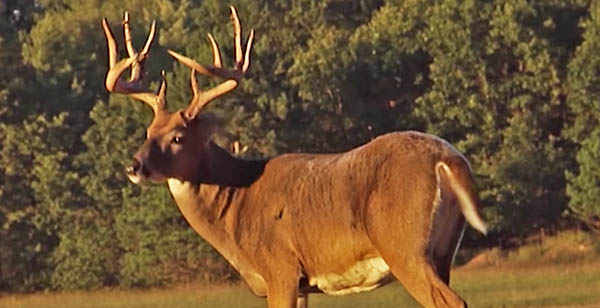 Where Do The Older Bucks Go? 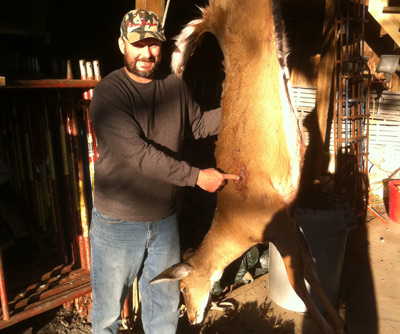