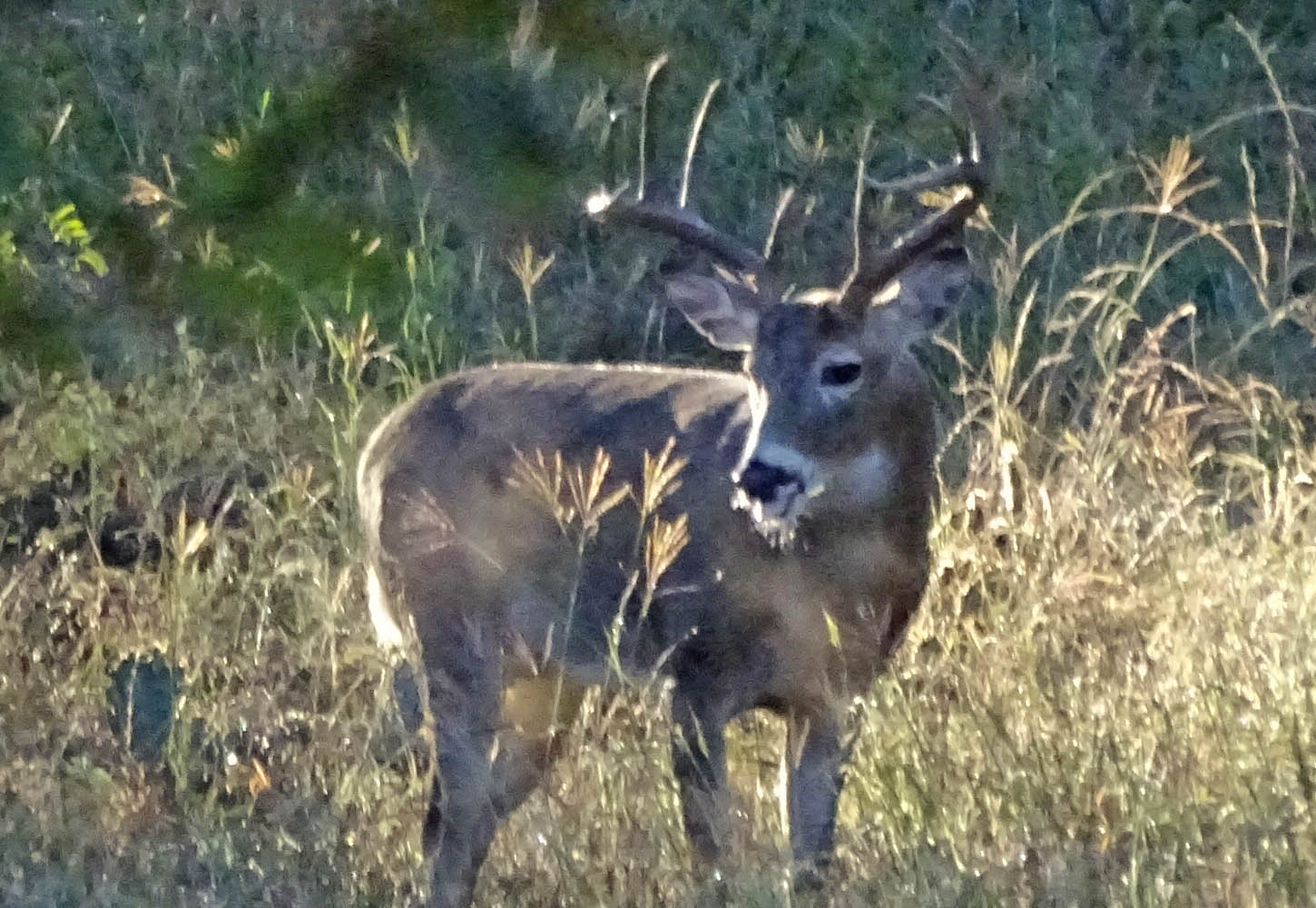 A Late Start, But Now It’s Back In The Deer Woods.

Thia year I missed my first opening day of archery deer season because I went to Grand Junction to help out with family matters. But, just like Arnold, “I’m back.”

Daylight came in slow and the wind was up a little more than I like it to be. But l am good with that and waited patiently and happily for some deer to show up. The first deer, a doe glided through the tall weeds 70 yards to my right 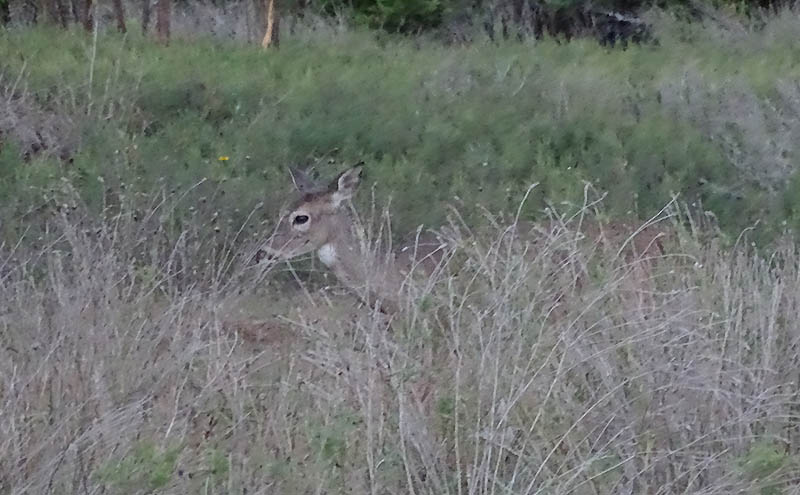 Fifty yards away and as far to the left as I can twist my head to take a picture, the Protein Pellet feeder I used for the first time this year, was the does destination. I took a picture of her just as she jammed her nose into the feeding hole and began gobbling down some of those tasty, energy generating pellets. 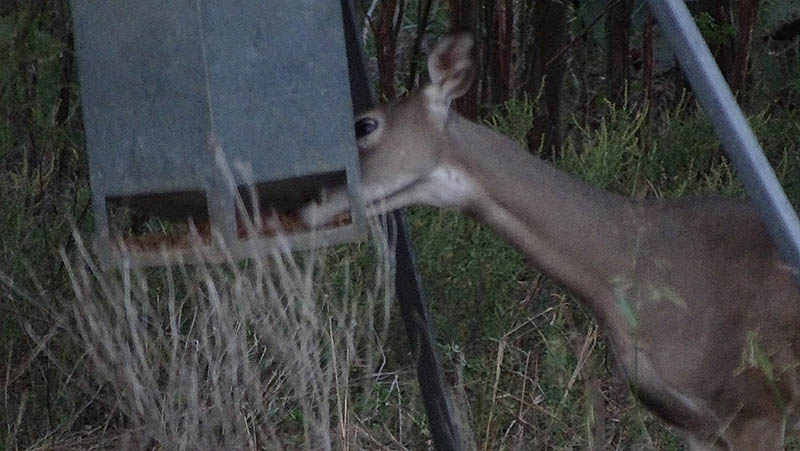 A 6-point came up near my blind and stopped.. He had his eye on the doe working the pellets. 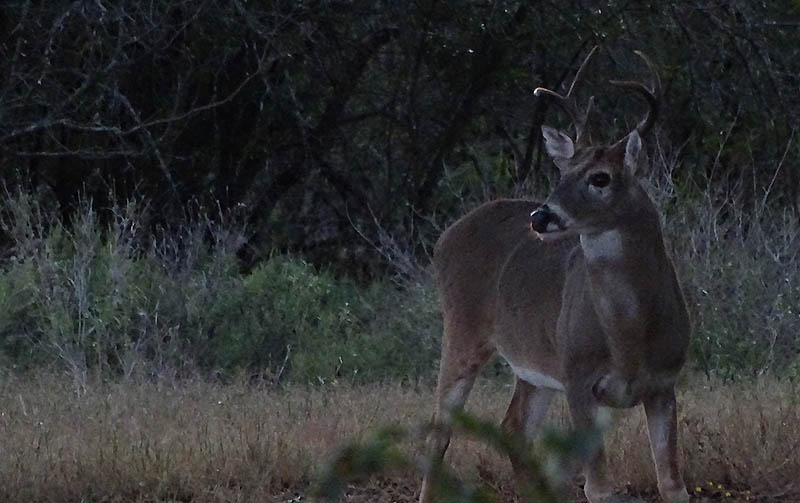 The doe picked up on his interest and walked back into the weeds and left the area. 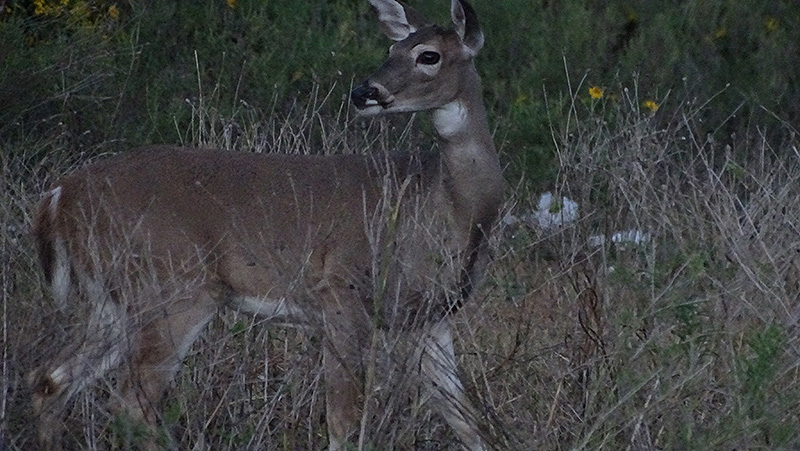 Soon, the sun’s rays shown through the tree tops and streaks of sunlight scattered themselves around the area. Another solo doe slipped out of the woods. 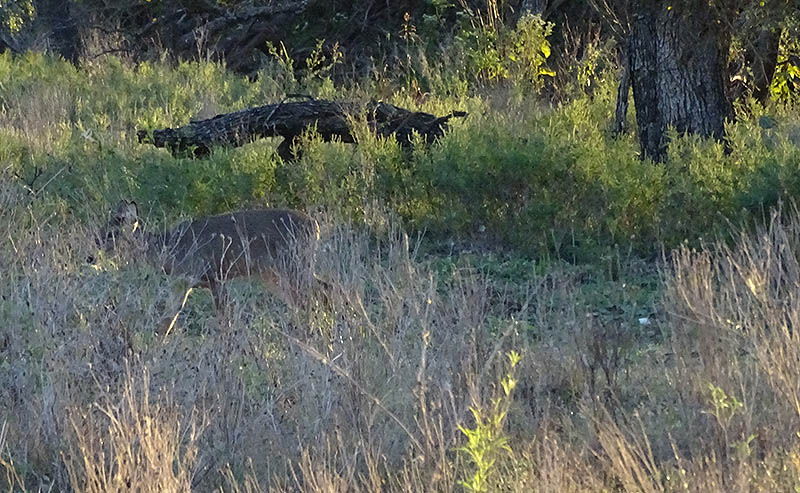 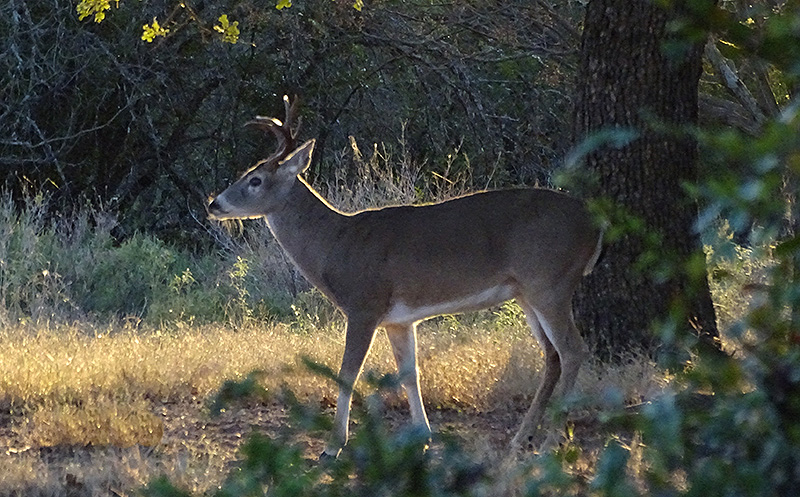 Sixer shifted into chase mode. The doe immediately ran back into the woods, this time  with the sixer on her trail.

Soonafter, a solo doe browsed the fat leaves in what’s left of my skinny food plot for awhile. Then she walked to the nearby edge of the trees and watched the area from behind a new cedar tree. 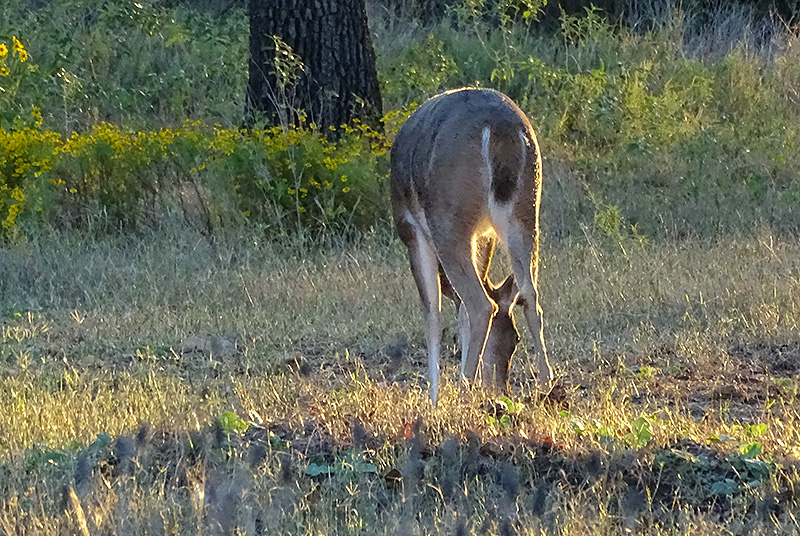 Another six pointer came through and honed in on the solo doe at the end of the woods. (The doe is to the buck’s left in front of the tree and behind the new cedar tree.) 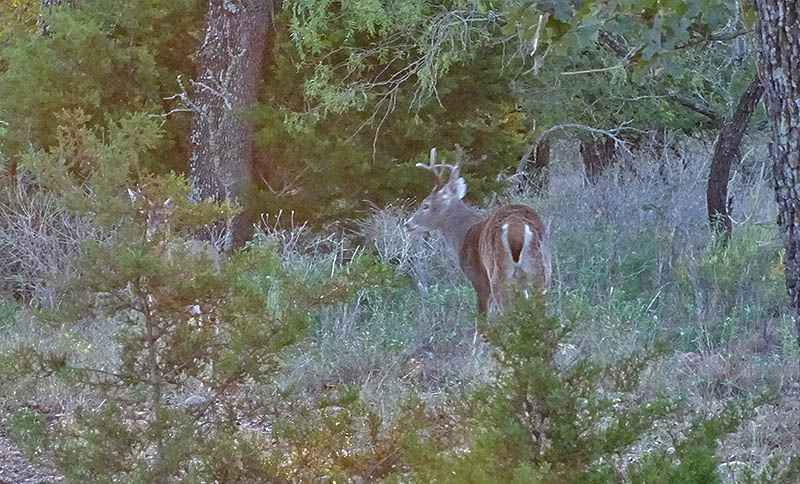 Two hours later I saw the glint of sunlight shine on antlers on the opposite side of the valley where I am. He stopped and looked over the valley and surrounding areas. 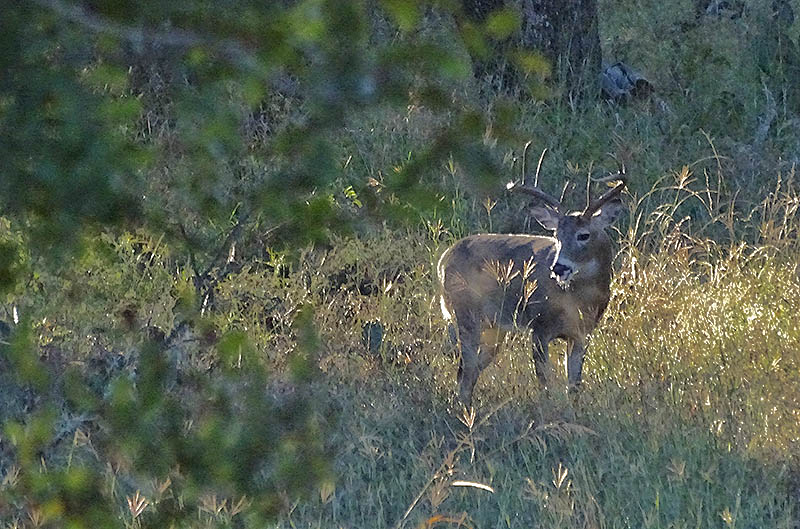 The mature 10-point waited for about two minutes and turned uphill and was gone. It would be just fine with me if I saw him again.

The Feathers Of The 4 Wild Turkey Species: What’s The Difference

The High Road With Keith Warren

The High Road With Keith Warren