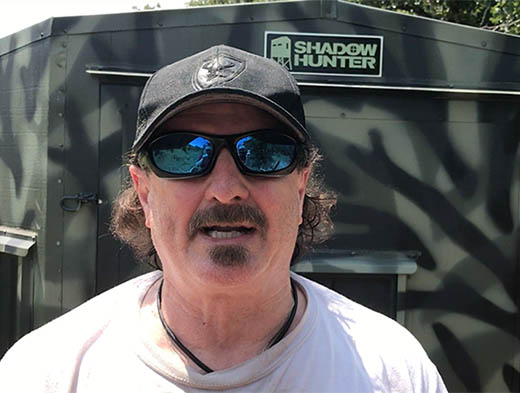 Rick Philippi checks one of Keith Warren's Shadow Hunting blinds before his bowhunt.

With South Texas Rolling By His Headlights Rick Philippi Only Had One Thought, His Bowhunt For A Texas Giant Buck.

The time was here, opening day was tomorrow. I pointed my truck south and made the five-hour drive south to The Texas Hidden Springs Ranch. Upon arrival I was met by Chris who does all the cooking and also by Bob who guides at the ranch.

I had hunted the previous year with both of them in camp. We sat on the front porch and visited and caught up on what we all had been doing. It was not long until the conversation started about the deer they were seeing. Bob and Chris said that they had never seen the deer herd in such good shape. They also emphasized that there were some monsters roaming the ranch.

That’s all I needed to hear! Unloading my truck, I put all my gear in my room then grabbed my BowTech Reign to shoot and make sure everything was still sighted in from my trip. Shooting 10 arrows confirmed that everything was dialed in perfect!

We heard a truck coming down the lane and it was Keith Warren. He jumped out of his vehicle and the first thing he asked was, “Rick, are you ready to hunt?” 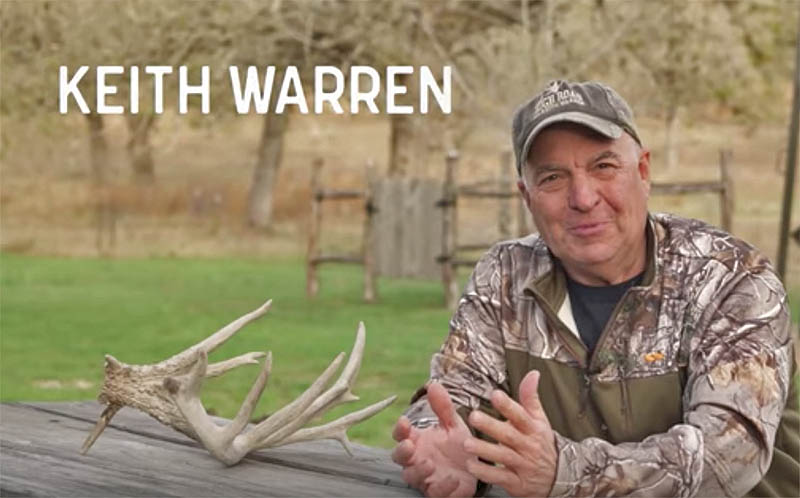 Keith also went on about how good of shape the deer herd was in. He said, “Rick, there are some giants out here”!

We all went in the house and had dinner and talked about our plans for the upcoming days. They decided I would hunt a Shadow Hunter Blind where they were seeing an exceptional buck.

After much conversation about deerhunting, past bowhunts and Keith Warren’s TV show’s memories we decided to call it a night. My hunt was starting in the morning!