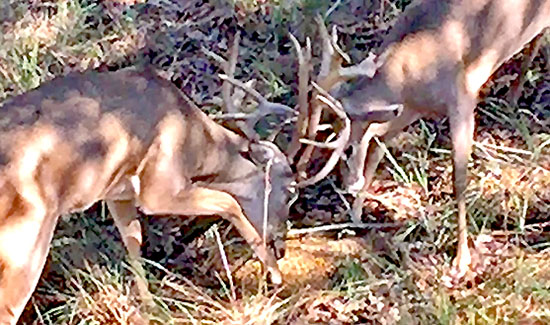 My iPhone alarm went off — opening day was here. I hopped in the shower, put on my hunting clothes and sprayed down with Scent Killer. Then I left to bowhunt. I hunted a Shadow Hunter Blind that was on the edge of some thick brush overlooking a food plot. 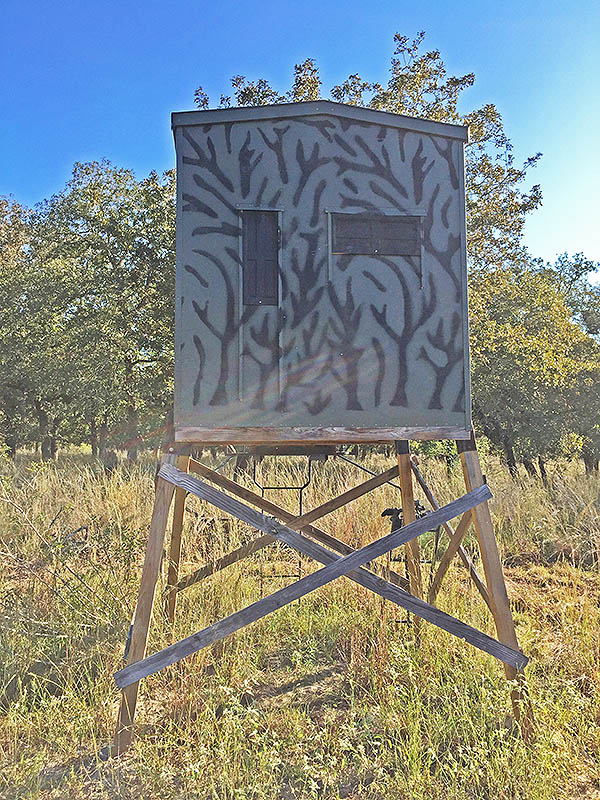 Finally, it got light enough to see and I noticed deer movement to my left, In the shadows I saw a doe and her two fawns coming my way. A couple minutes later, more deer were entering the food plot. When all was said and done, I had 13 does and fawns, and 3 nice  bucks browsing in the food plot field area. Several deer came within bow range of my blind.

Sitting with great anticipation, I hoped the monster Giant buck that Keith Warren had on camera would appear. But the monster never showed and when the temperature started heating up, the group of deer that were scattered around the food plot started back into the brush and were gone. Gathering up my bow and gear, I returned to camp.

After a fantastic breakfast, I took my BowTech Reign and went out to the target to wing some arrows, everything was dead-on. As I mentioned earlier, I had practiced shooting almost every day for the past 60 days and my confidence was at a very high level. I felt any deer that would give me a shot at 30 yards or less was going in the cooler.

For the afternoon hunt we had a new game plan. I was moving to a treestand site. This particular site had a very dense thicket on a nearby, ridge bedding area.

My stand location sat between that thicket and a lake. As hot as it was (close to 100 degrees) we felt deer would come to the lake for a drink and I could possibly intercept them. Climbing in the treestand, the first thing I did was attach my safety vest to the tree, safety first!! Roughly 30 minutes went by and I noticed some movement.

A couple of big bucks were walking toward the water. While watching them I noticed  another buck come off the ridge and go to drink. This was a Fantastic buck. After drinking he walked toward the thicket, which brought him right below my treestand.

He was a great buck, but it was still early in my hunt and I took his picture with my iPhone (see above) and let let him pass by.  Believe me when I say it was hard to do. He continued on to the bedding area.

Throughout the afternoon hunt deer were on the move! I saw 16 deer! It was a great hunt. When it was dark I went back to camp to eat supper.

Later, while sitting around the table we discussed the next morning’s strategy. Keith felt I should move to yet another location in hopes of intercepting one of the monster bucks that he had sent me game camera pictures of before the hunt. After some great food and fellowship, I headed to my quarters to get a good night’s sleep.