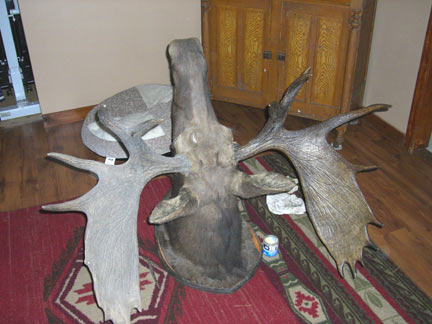 I had more immediate work to do, namely, cleaning up the 80-year-old mount. In its present filthy state, it would never find a home.

I’d work to solve the moose mystery over the winter months. In the meantime, I had more immediate work to do, namely, cleaning up the 80-year-old mount. In its present filthy state, it would never find a home.

I started by wiping the hair and cleaning the eyes and lashes with a damp cloth. I lightly brushed the slightly-ratty ears. But what could I do about that impressive rack? The twin paddled bone was deeply furrowed and grimed with dirt and dust.

How To Score Your Buck

Introduction to: 'I Remember Papa Bear'