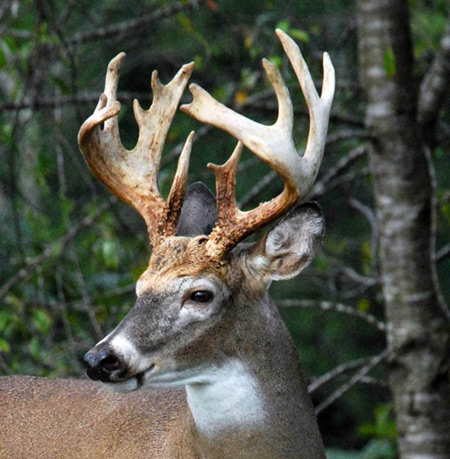 By: Spook Spann from John’s book: ‘Bowhunting Deer: The Secrets of the PSE Pros’

I’ve shot the EVO 7 and the X-Force EVO, but I can’t turn loose of that Omen when I’m hunting. I have a tremendous amount of confidence in the bow. I was hunting in Iowa last year and had the opportunity to take a whitetail that scored 193. I owned a piece of property inside west Iowa that was a 400-acre farm. I didn’t know this buck was on the farm, but there always had been big bucks on this property. One of the reasons I didn’t know this buck was on the land was because we couldn’t put out trail cameras there. I lived in Tennessee, and this property was a long way from my house. I didn’t know anyone locally well enough to run the cameras for me. But I had hunted this farm for several years and felt confident that I knew where the big bucks moved. We picked a little of the corn from a cornfield on the property but left the rest of the corn standing. All of the farms around us had already harvested their crops, so we had the only food source in that area. On this afternoon hunt, my cameraman and I had set-up inside an enclosed blind on a tower stand.

There weren’t any trees big enough to set-up a tree stand. I had put this enclosed deer blind up 3-years earlier. Early in the afternoon, deer were starting to move into the cornfield to feed. We were 10-feet high in the blind and started seeing deer about 3:00 pm. Then at 4:30 pm, we spotted a buck that would score about 170 on the Pope & Young, as well as several-other small bucks and does. With daylight fading, I spotted this really-big buck coming into the corn behind some does. I told my cameraman, “Get ready. I’m going to shoot this buck.”

In these shooting towers, you’re very limited on space, and you have to take the shot out of long narrow windows. But as luck would have it, this buck walked right-up to the best place I had in the blind to take the shot. Once the buck was only 23-yards away, I took the shot. I thought, “This is going to be an easy chip shot.” But when I shot, I thought I missed the deer. The buck was quartering to me, and when I released the arrow, I knew something was wrong. My cameraman had set his pack right under the window where I had to take the shot. I didn’t know what had happened. My pin sight was right behind the deer’s shoulder when I released the arrow. As soon as I heard that terrible sound with the bottom cam on my bow hitting my cameraman’s pack on the floor below me, I thought I had missed the deer. I saw my arrow hitting the corn behind the deer, and I knew the shot was to the right of where I’d been aiming.

Now you talk about heartbreak, well, I had it. This buck was a beautiful trophy that I’d had a perfect shot on, and I had blown it due to the cam on my bow hitting the cameraman’s pack. We stayed in the stand until dark, and I was totally upset and miserable with myself. Once we finally came out of the stand and went to retrieve the arrow, I saw blood everywhere. We followed the blood and found the buck in less than 200 yards. When we looked at the deer to try and determine where the arrow had hit him, I had hit the deer in the base of the neck where his neck connected to his shoulders. Apparently when my cam hit the pack, instead of the arrow hitting the buck behind the shoulder where I’d aimed, the bow had moved and hit 10 inches to the right of where I’d been aiming. I couldn’t believe that what I thought had been a tragic hunt turned-out to be one of the best whitetail hunts I’d ever been on, and I was able to take the biggest bucks I’d ever taken with my bow. 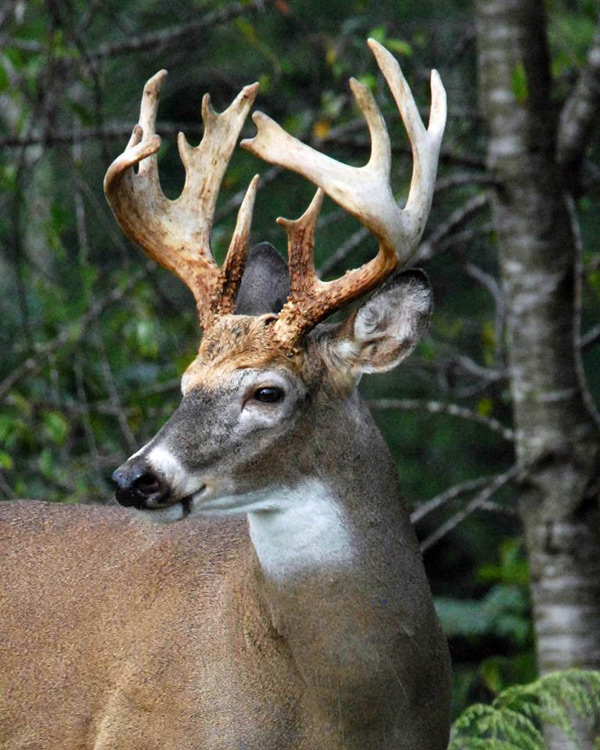 One of the reasons we were able to take this buck was because we found a way to overcome the lack of trees by having a tower stand with a blind on it. If we had put a ground blind in the corn, I’d have been so low that I couldn’t see the deer that had approached. That’s the reason we built the tower stand out in the corn. The stand was actually a steel tower with a ladder on it, and that’s how we solved the problem to get into position to take the shot on the buck that scored 193 P&Y points. 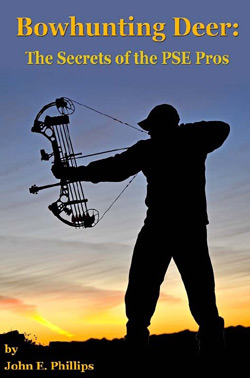 This is an excerpt from my book “Bowhunting Deer: The Secrets of the PSE Pros”. Click here  http://amzn.to/VBr1qW to read more.

CatchDawg Goes To The Hog Fights

Shooting Edge: The Archers Glove That Could Save Your Hand