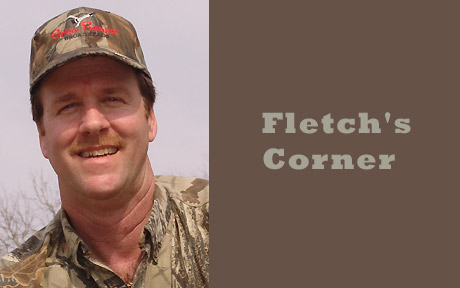 O.K., now that you have used some of my suggested hunting methods and the moment of truth has passed and you finally put your hunting tag on your best trophy, how do you select a taxidermist that will help you prepare your trophy for your living room wall?  This month’s column is written to help you with that decision and to guide you to selecting a taxidermist that will provide you with the best possible representation of your trophy that will last the rest of your lifetime.

To Tan or not to Tan….That’s the number one question!

I have on my living room wall a mount of a buck that is not too spectacular.  This particular buck has a spike on one side and four points on the other.  Nothing to brag about, but he’s my first whitetail ever and every time I look at him, I can vividly remember that fall day in Indiana, hunting with Joe Chanley and every other bit of information that made that hunt special.

When I shot this buck in the very early 1970’s , the taxidermist that everybody used was well known and to the best of my memory, got all of the taxidermy work in the area.  I won’t relate his name, (even though he has passed on) but after my “trophy” was mounted, and a few years had passed, I noticed that he didn’t really look that good and some white powder was starting to come out of the stitches on the top of the neck.  Also, the nose and eyes had started to come loose and my “trophy” was looking pretty bad.  So, I took him to another taxidermist and he re-mounted him.

As you can imagine, after five or six years on the second mount, my first buck started to look pretty nasty again.  At the time, I was working part time with Bill McCormick, of McCormicks Taxidermy in Vincennes, IN and Bill helped me re-mount this buck a third time.  Since that time, this buck has graced my living room wall and he looks good and will last the rest of my lifetime.

What was the difference between mounting numbers 1 & 2 and the last time?  The last time he was mounted, Bill McCormick offered a commercially tanned hide or cape for me to use. Once this buck was mounted with a tanned cape and I saw the results, I decided that I would never take any of my trophies to a taxidermist that doesn’t tan the capes before mounting.

Currently, there are many options available to taxidermists that want to offer their customers a finished mount with a tanned cape.  All of the taxidermy supply houses offer in-shop tanning methods such as McKenzie Tanning, Lutan-F, or Liqui-Tan, and your selected taxidermist may also choose a top quality commercial tannery like New Method Fur Dressing (home of the famous “Pepe” tan) or Carolina Fur Dressing.

I know that I’m going to tick off some taxidermists that read this column with what I’m about to say, but if you are one of these people, you need to understand that this column is my personal opinion on various issues and not necessarily the opinion of bowhunting.net.  Some taxidermists are very talented and can provide a wonderful finished mount that may not use any tanning methods other than borax type of preservative.

After working with Bill McCormick and watching the methods that he and many other taxidermists use, I can say with conviction: I will NEVER, EVER use any taxidermist for any of my big game trophies that doesn’t tan his capes or send them out to be commercially tanned!  Bill McCormick does his own tanning in his shop or sends the capes out to a commercial tanner in some cases.

If you ask your taxidermist about tanning methods and he tells you something like: “Oh, you can’t tan your capes around here, there’s too much humidity in the air and they won’t last.” Or some other B.S. answer, it is my suggestion that you walk away and find a new taxidermist.

While working for Safari Club International in Tucson, AZ a few years ago, we took delivery of an African Lion mount that had been donated to the International Wildlife Museum.  I was amazed at the quality of the mount and how incredibly realistic he looked.

I made a call to Jack Jonas of the famous Jonas Brothers studio in Colorado and Jack did a little research and told me that his grandfather had mounted that lion in 1906!  When I asked Jack why it had held up so well, he told me that his grandfather was also mounting some trophies for the Smithsonian Institution and that ALL of these animal capes were required to be tanned first before mounting.  Jack told me that day that if anyone wants their big game taxidermy to last a lifetime, the ONLY way was to start with a tanned cape.

Now that you know what questions to ask your selected taxidermist, the rest is easy.  Choose your taxidermist primarily by looking at some of his/her recent work and make your decision based on your belief that they will re-build your animal to look as good as it did on the day that you killed it.

Does their work look like something you would be proud to show to your hunting buddies?  Will it help you remember that day in the woods?

The Brian Ferguson Show On Video