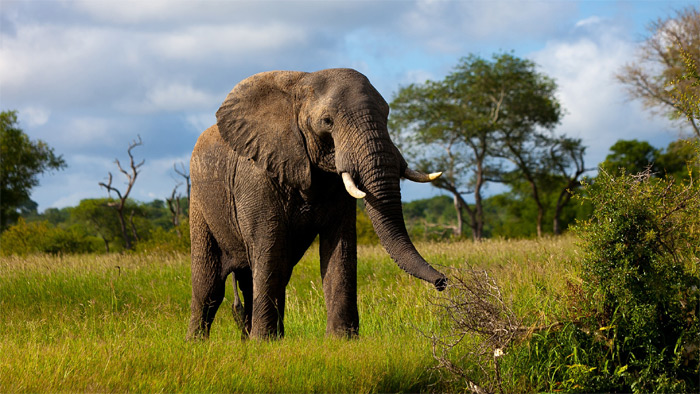 At the African Wildlife Consultative Forum (AWCF) co-hosted by Tanzania and Safari Club International Foundation, the FWS announced that it had made positive enhancement findings for elephants legally hunted in Zimbabwe and Zambia between 2016-2018.  Individuals who have hunted or wish to hunt elephants during that period will need to apply for and obtain import permits from the FWS in order to bring their elephants home.

“These positive findings for Zimbabwe and Zambia demonstrate that the Fish and Wildlife Service recognizes that hunting is beneficial to wildlife and that these range countries know how to manage their elephant populations,” said SCI President Paul Babaz.  “We appreciate the efforts of the Service and the U.S. Department of the Interior to remove barriers to sustainable use conservation for African wildlife.”

Elephants in Zimbabwe are listed as a threatened species and are on CITES Appendix II.  Elephant importation from Zimbabwe has been closed since May 2014 when the FWS, under the Obama administration, abruptly imposed an import ban.

SCI and the National Rifle Association filed suit to challenge the ban and a court has already pushed back the start date of the ban from April 4, 2014 to May 12, 2014.  Individuals who legally hunted elephants in Zimbabwe during that period are now obtaining permits to bring their elephants home to the U.S.  SCI and NRA continue to pursue their challenge in court to assist hunters who legally took elephants in Zimbabwe between May 12, 2014 and the end of 2015.

The FWS’s announcement also brings positive news for elephant importation from Zambia.  Zambia’s elephants are listed as threatened in the U.S. and on CITES Appendix I.  Individuals who wish to import elephants from Zambia into the U.S. will need to obtain both U.S. and CITES import documents.

The FWS also announced at the AWCF that it is working diligently on other enhancement findings and hopes to be able to make them soon.

SCI and SCI Foundation are honored that the FWS chose the AWCF as the forum to make these significant announcements.  SCI will continue to work with the FWS in additional efforts to conserve African wildlife through sustainable use.

Safari Club International – First For Hunters is the leader in protecting the freedom to hunt and in promoting wildlife conservation worldwide. SCI’s approximately 200 Chapters represent all 50 of the United States as well as 106 other countries. SCI’s proactive leadership in a host of cooperative wildlife conservation, outdoor education and humanitarian programs, with the SCI Foundation and other conservation groups, research institutions and government agencies, empowers sportsmen to be contributing community members and participants in sound wildlife management and conservation. Visit the home page www.SafariClub.org, or call (520) 620-1220 for more information.

Safari Club International Foundation is a 501(c)(3) non-profit organization that funds and directs worldwide programs dedicated to wildlife conservation and outdoor education. Any contribution may tax deductible under Internal Revenue Code section 170(c) as a charitable contribution to the extent permitted by law. Tax deductible amount of gift is reduced by the “Fair market Value” of any goods, services, or advantages that a sponsor receives for the donation.  EIN #86-0292099

Get Warm With PNUMA Fleece

How to Eliminate Bow Torque