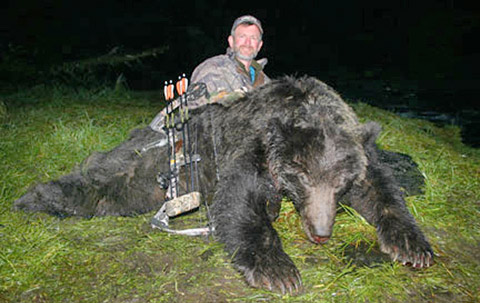 Many new bowhunters do not understand the importance of using broadheads with razor-sharp blades.

One of the cool things about what I do for a living is the fact that I get to travel the country and speak with a lot of bowhunters. It is really fun – and very educational for me – to chat with guys and gals like you about how you hunt, to hear stories about your successes and failures, and my favorite part, meeting your kids and seeing their eyes light up when it comes to going hunting with their parents.

From California to the Carolinas, Alaska to Alabama, the talk about local hunting is always different. One thing that remains constant, though, is the subject of equipment. Everyone who bow hunts with any degree of seriousness has strong opinions on the subject. What kind of arrows do you use? What kind of sight? Do you use a peep or just a kisser button? What style of release aid? Do you keep the quiver attached or remove it when in a tree stand? Have you had much luck using a ground blind? Stuff like that.

Bowhunting critters that can eat you, like this 1000 lb. Alaska brown bear Robb killed with a single arrow at 17 steps in September 2005, with dull broadhead blades would be about as smart as slapping a Hell’s Angel in a biker bar. Only blades so sharp they scare you are acceptable for any bowhunting endeavor!

This year as I was traveling about I spent some time closely checking out other guy’s quivers to see what bowhunters coast to coast had on the business end of their arrows. I have always been fascinated by broadheads and given the myriad of different designs, sizes, and shapes available today it is pretty interesting to see what people use, and ask them why they use what they do.

After all this, I found a disturbing trend. Can you guess what it was? It was the fact that many of the broadheads I examined had incredibly dull blades. I was amazed! I had thought the general bowhunting public had been educated over the past decade about the critical importance of razor-sharp broadhead blades. This discovery worries me. A lot.

So at the annual Archery Trade Association (ATA) trade show this past January I spoke with several broadhead makers that I respect tremendously about blade sharpness. All of them said basically the same thing: many bowhunters are becoming way to cavalier about how sharp their blades are.

One guy I really like and respect a lot is Bob Mizek, an engineer with New Archery Products, maker of some of the finest broadheads in the history of bowhunting, including the Thunderhead, Crossfire, and the mechanical Spitfire. Bob is pretty laid back, but just because he plays a pretty mean rock & roll guitar doesn’t take away from the fact that he is smart as a whip and really knows broadhead design and function. Here’s what he said about the topic.

“I’ve had the chance to speak with a lot of bowhunters during the past year, both in person on hunts, in stores, and on the phone,” Mizek said. “I have noticed a new and disturbing trend. Many new bowhunters do not understand the importance of using broadheads with razor-sharp blades. They do not understand that a sharp blade not only makes a cleaner, more humane cut; it also makes a larger cut because dull blades stretch tissue, not cut it.

“One evening I met a fellow hunter that formerly used mechanicals and changed to a new fixed-blade head because he felt he only needed to rinse them off with water and put them back in the quiver after shooting one, two, or three deer.  He never even looked at the edge!,”

Mizek continued. “It was not sharp enough to break skin.  He figured as long as he recovered the deer it was still ‘OK’ to use them this way. Another hunter in the group was re-sharpening Thunderhead blades with a kitchen knife sharpener. Both were more concerned about saving a few bucks on broadheads than having scalpel-sharp edges. These guys weren’t poor ‘Bubbas’ either.  Both had top-of-the-line 2005 Mathews Switchback bows, drop-away arrow rests, carbon arrows, pricey carbon scent-adsorbing clothing, and $35K pickup trucks. They were far from broke.

“These guys were kind enough to let me explain how NAP’s testing in ballistic gelatin has clearly shown how sharp broadheads produce a bigger wound channel,” Mizek said. “Then they asked why no one talks about the importance of sharp broadheads. I wondered what planet they had been living on.”

There isn’t enough space here to describe how blood clotting works, or tell you why clean, neat cuts bleed and bleed and take seemingly forever to stop while an irregular wound that has been ripped or torn open clots relatively quickly, plugging itself up with jellied blood. Let me simply say this. You should never, ever head afield without broadhead blades so sharp they scare you. Doing so is easy, quick, and inexpensive. If you use replaceable-blade heads, simply replace your practice blades with fresh ones from a cheap package of replacement blades. Accuracy will not suffer a whit. If you use a traditional-style head, you must re-sharpen the blades after practice to a keen, shaving-sharp edge. Sure this takes time – but it is the price you pay for using this style.

Why risk the success of your precious days afield by doing anything less? And do we not owe it to the game we hunt to do everything in our power to make sure that when the planets line up and we do get a good shot at a bear, bull, or buck, our broadheads will do the job in the quickest, most efficient, and most humane way possible?

I think we do.

What NOT TO DO When Deerhunting

What NOT TO DO When Deerhunting

I Remember Papa Bear: Chapter 1a