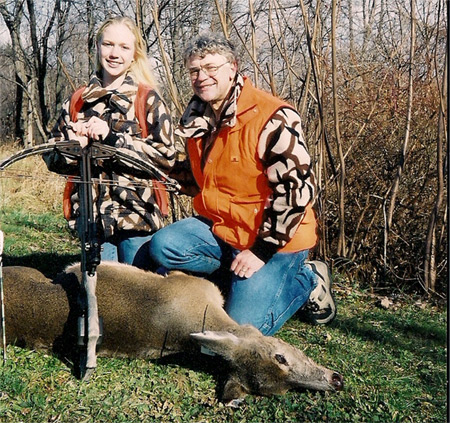 When I want answers I go to the experts. Jim Short is my rifle smith.

Years ago, my twelve-year-old daughter asked to shoot my TenPoint crossbow. I set her up at 20-yards at my deer target. First shot she scored a perfect double-lung shot. She smiled and asked if I’d take her deer hunting. Of course, I did and she took a big mama doe for the freezer. She made the same double lung shot. She gained confidence with that first shot. Confidence and accuracy go hand in hand.

I’m still shooting the same crossbow brand and just last week I got an idea about testing my TenPoint Eclipse crossbow trigger against match rifle triggers. I love to do the science, so I contacted a friend who builds championship rifles. I knew little about trigger pull and the role it plays in accuracy but that means I learned a lot fast.

It seems that a championship trigger pulls and breaks consistently time after time. Jim Short, my rifle smith explained it like this…He said, “the snap you’re looking for is like breaking a glass rod. You apply force or trigger pull and it breaks at the same force each time. Although that sounds like an easy task to reach, it is not.

A trigger works like this. Two surfaces are pulled across one another and the surfaces slide under pressure. The surfaces are called sear faces. When they bypass each other, the trigger is released and the rifle or crossbow fires. The trick is to get perfectly smooth sear surfaces. Custom trigger assemblies come with this smooth surface but if you want to build great trigger a rifle smith works the surface sears until they are as smooth as a babies’ aaa…ankle.

The top competition shooters in the world know this fact and employ expert rifle smiths to work up their triggers. A sniper trigger even more consistent. Dave showed me a lot of rifles he’s worked on and a wall of championship plaques. Short explained that most production rifles have OK but inconsistent trigger pulls. We used a digital gauge to index them.

I was really impressed when we tested two of his personal rifles, a Remington Guide rifle and a vintage model 700 Remington. Jim had worked on them and they were both very consistent. Then we put the trigger pull gage on my TenPoint Crossbow. It stood up quite well to triggers worked on by a champion rifle smith.

How and why, I had to ask? Well, TenPoint uses a High-end engineering strategy to make their trigger surfaces. It’s called MIM technology. MIM manufacturing is only used in parts that require perfect aerospace tolerances. It stands for metal injected molding. This process merges plastic injection molding and powdered metallurgy. MIM allows for creative blending of metals such as titanium and polymers. The result is trigger sears as smooth as glass.

That was the magic in TenPoint’s consistent trigger pull. It is right up there with competition triggers relied on by champions. If accuracy is a non-negotiable part of your hunt, then you may want to have a TenPoint crossbow trigger pulling for you.