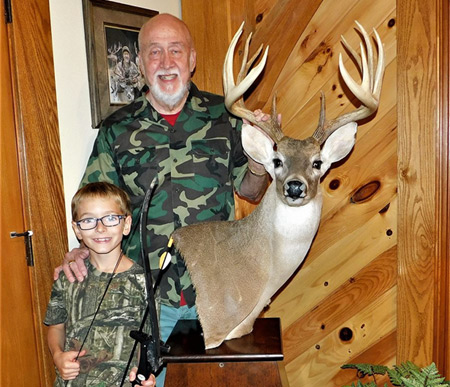 “I have always tempered my killing with respect for the game pursued. I see the animal not only as a target, but as a living creature with more freedom than I will ever have. I take that life if I can, with regret as well as joy, and with the knowledge that nature’s way of fang and claw and starvation are a far crueler fate than I can bestow.”

PAPA BEAR WAS NOT ONLY a legendary bowhunter. He was a man who led by his example, always encouraging newcomers to our sport yet tempering their enthusiasm by stressing the need for ethical and responsible participation in archery and hunting. He stressed that taking a life is serious business and a hunter’s duty includes both proficiency and respect. 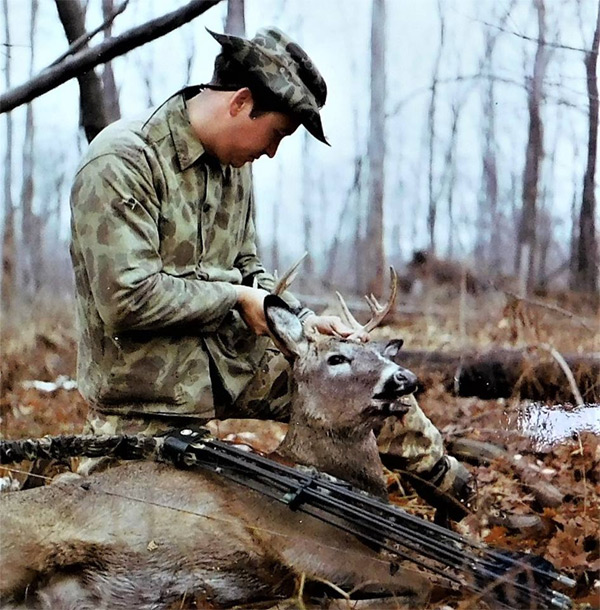 I’m not an overly religious man, but I routinely take time to thank the Good Lord for each animal I tag. I do it out of respect, whether it’s record book quality or meat for the table. A number of my bowhunting friends do the same.

Unfortunately, judging by numerous examples I cited in last month’s column, it’s easy to believe a lot of bowhunters have very little respect for the sport, the animals they kill, and even themselves. Far too many of their posted photos and comments revealed crude, boorish, and offensive behavior as well as a mindset that is an instant turn-off for lots of hunters and non-hunters who have the misfortune to come across their visual garbage and mindless commentary.

You name it. It’s all there. Bloody photos and video clips. Gaping wounds. Jutting arrows. Lolling tongues dangling from bloody mouths. Smirking hunters. Smartass comments that amount to “Look at me! Look at what I did! Ain’t I the greatest deerslayer ever? Move over, Chuck Adams! Who the hell was Fred Bear, anyway?”

Hyperbole? Maybe, but there’s a sad and undeniable ring of truth here. Doubt me? Go to most any public website featuring hunting success photographs and hunter comments. Amid the tasteful field photos showing rightfully happy hunters posing with their deer and other big game animals, are far too many graphic, gory, and tasteless pictures, and equally offensive hunters’ commentary. Despite posted website rules and monitors, the offensive posts continue to crop up. Only recently I saw a website invite members and visitors to participate by writing, “Let’s see those bloody pictures.” 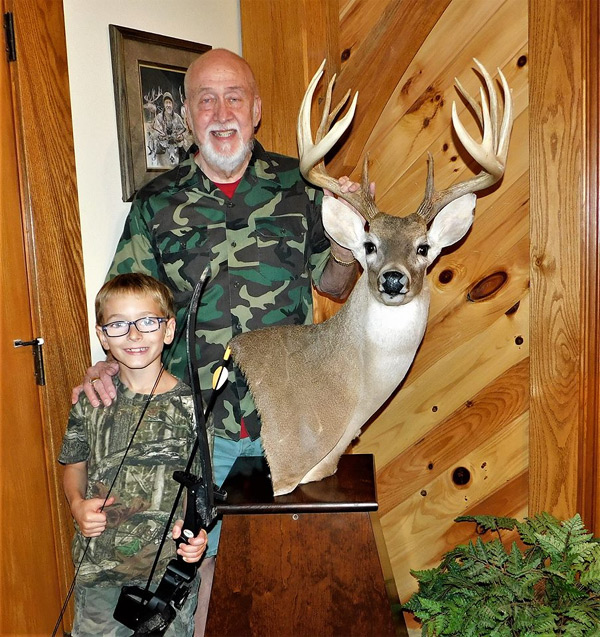 Since my own kids were youngsters, I’ve helped and encouraged them and others to realize their outdoor dreams. The young man shown with me and one of my whitetail mounts is Connor Sitzman, a friend who took his first Indiana buck this fall during firearms season. He and others like him are the future of deer hunting in America.

“A downed animal is most certainly the object of a hunting trip, but it becomes an anticlimax when compared to the many other pleasures of the hunt.”

AT SOME POINT in the career of most bowhunters, he or she finally comes to the realization that they do not need to have blood on an arrow and an animal on the ground to have had a memorable and successful hunt. But to understand the reasons behind what can be viewed as blatant disrespect, I offer the following trends as being partly to blame for the problem: 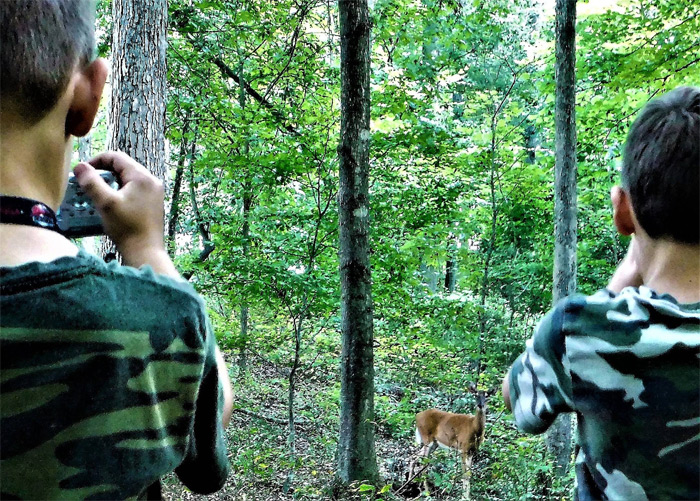 I’m always pleased to introduce youngsters to wildlife living on our southern Indiana farm. Here are a couple of visitors who wanted to get some deer photos. I was happy to help, instilling a feeling of love and respect for the animals we hunt.

*The modern urban and suburban generation has largely lost its hunting heritage where parents passed along their love of nature, wildlife, and hunting to their children. For many new hunters, their invitation and introduction to the sport comes from peers who may or may not possess the personal experience and responsibility to set a good example.

Add to this mix the widely accepted “Five Stages of a Deer Hunter,” as defined by writer/photographer/hunter Charles Alsheimer, and it’s easier to understand the growing problem. The “Shooting Stage” and the “Limiting Out Stage” include an emphasis on killing game in order to achieve hunting success and bask in a feeling of accomplishment.

“The Trophy Stage” arrives when the hunter has the experience and knowledge to become selective, passing up shots and choosing specific animals to be killed. Additionally, attention is now focused on stewardship and maintaining the resource. “The Method Stage” marks a mellowing in hunters when their interest in hunting methods and understanding deer behavior are primary concerns.

Finally, “The Sportsman’s Stage” is a time of personal satisfaction and reflection on the many deer tagged over the seasons. The veteran hunter has accumulated the knowledge of deer to be consistently successful, but is interested in the preservation of deer hunting, working to insure deer hunting heritage is passed along to others, and managing hunting habitat to benefit the resident deer herd. 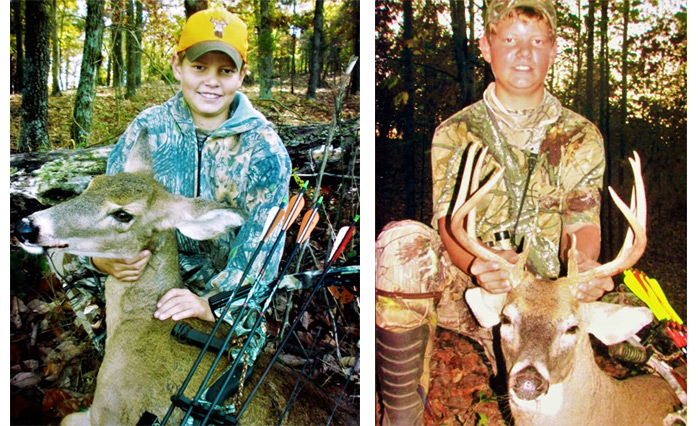 Cody Van Winkle was a budding bowhunter who tagged his first deer on our farm (left). I was beside him when he made the perfect shot. A few years later the teenager arrowed his first buck out of one of my stands (left). He’s out of college now but neither of us will forget these special memories in a young hunter’s life.

“Go afield with a good attitude, with a respect for the animals you hunt and for the forests and fields in which you walk. Immerse yourself in the outdoor experience. It will cleanse your soul and make you a better person.”

For the record, during my 57 years of deer hunting across North America, I willingly admit I have experienced each of the five stages mentioned above. Today, I’m firmly ensconced in the reflective, satisfied stage of a mellowed hunter. As such, I do what I can to share my knowledge and preserve bowhunting for future generations. I urge others to do the same.

So what can you really do to make a difference? Consider the following suggestions that have worked well for me over the decades:

*Target novice bowhunters, whether a family member or mere acquaintance seriously interested in deer hunting. Answer all questions, offer shooting tips, take the hunter scouting and hunting. In short, be a reliable friend, mentor, coach, and hunting partner. It’s a direct investment in the future of hunting that pays big dividends. 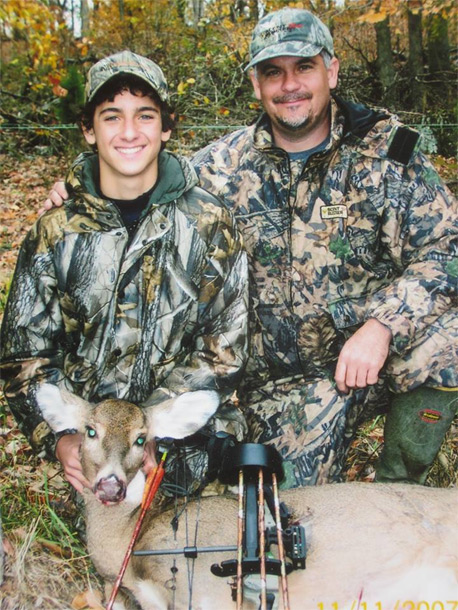 Colton and dad Kenny Schum own the farm next to us in southern Indiana. Here’s a photo of my friends with Colton’s first bow kill. The smiles say it all and validate what motivates parents to help get young hunters started the right way.

*Support Bowhunter Education classes and mandatory training for newcomers. Encourage beginners to consider joining a local archery club to meet others who share a love of bows and arrows. Pass along bowhunting books and magazines. Watch pre-selected videotape or DVD adventures together.

*Invest your time and bowhunting experience however you see fit, but do it. Pay it forward to benefit and help guide the next generation of hunters.

*Lastly, always represent the sport well by setting a good example, offering suggestions and constructive criticism to those in need of guidance. Speak out against people who offend you and sully our sport through their words and action. Demand respect for fellow hunters, the game animals we pursue, and the great sport we love.

Without respect, what we do is far less than fulfilling and meaningful.

Go here for: Part I 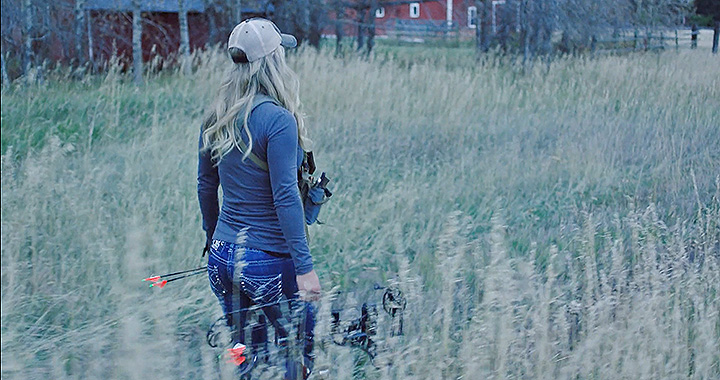 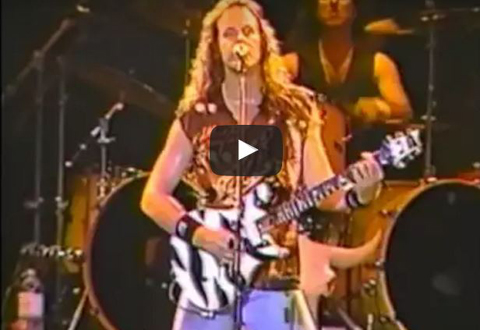 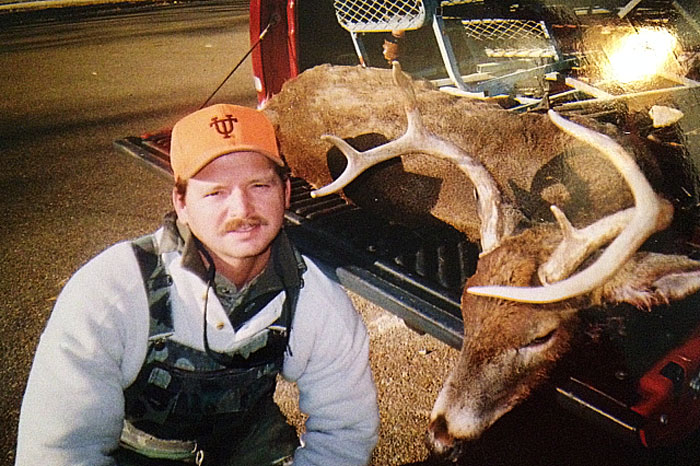