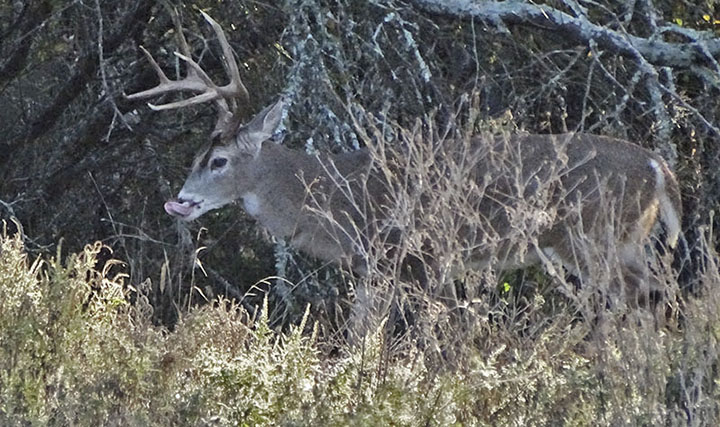 At the first light that was good enough to take pictures I saw a young 8-point buck walking on the edge of a cedar break. He continued on and melted into the woods to the east. 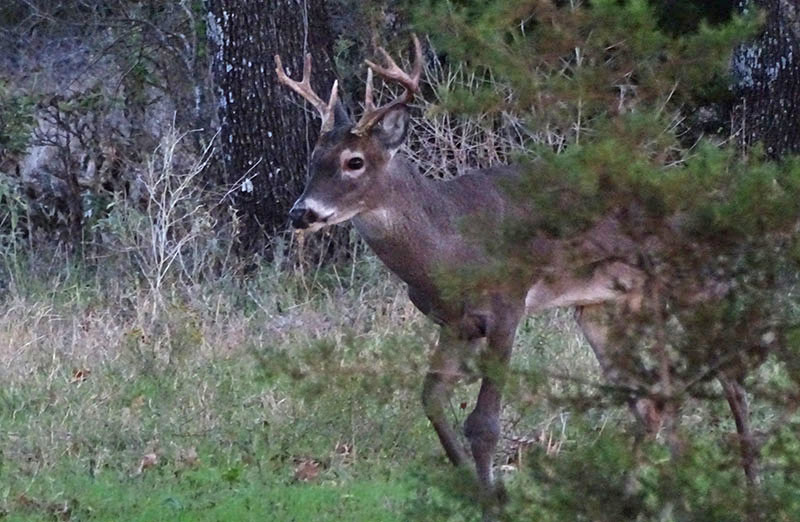 Soon rays of sunlight shot through the limbs of the trees and lit up the antlers of a nice buck moving through the nearby woods. 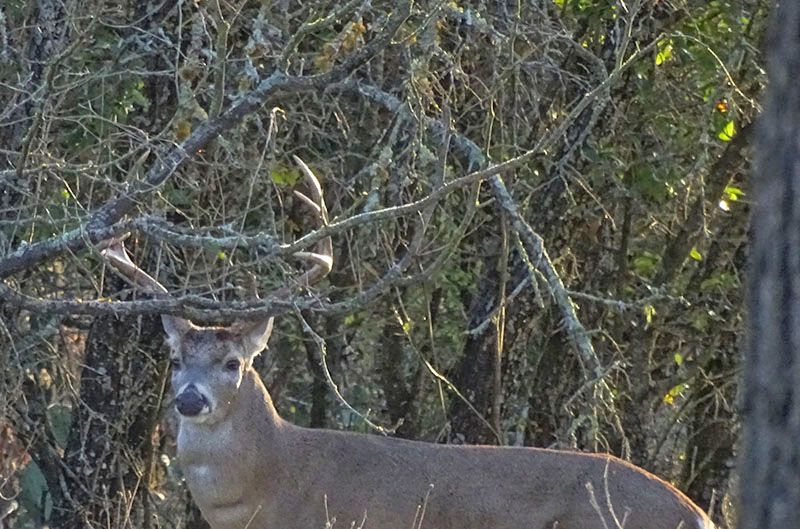 Next I spotted a different buck, another 8-pointer and I took a picture as he licked some limbs and branches. 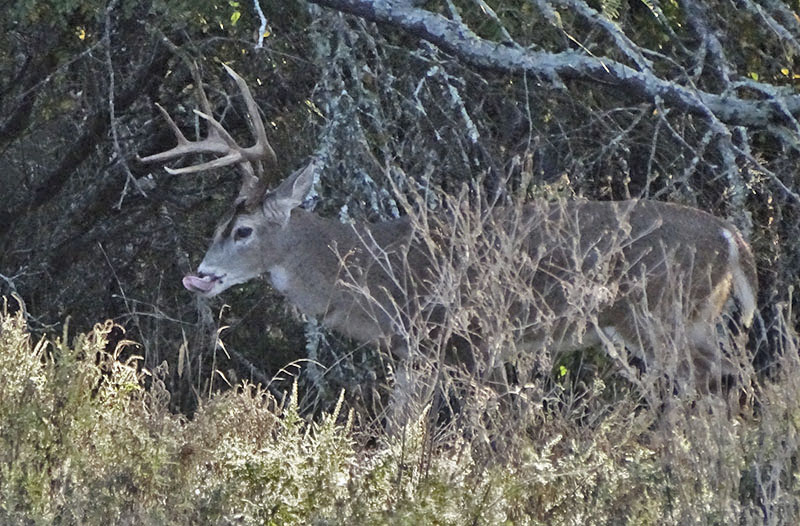 He walked slowly along the edge of the trees, constantly watching the area in the woods around him. 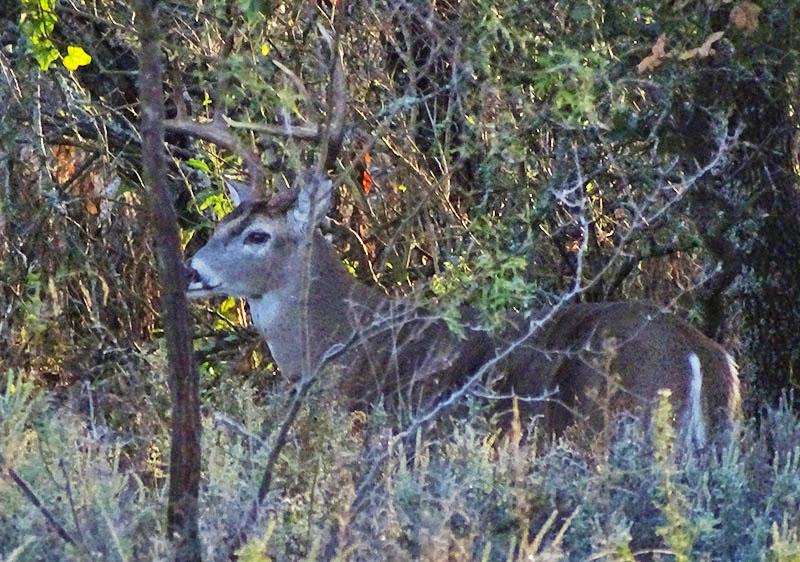 The buck moved slow and deliberate. 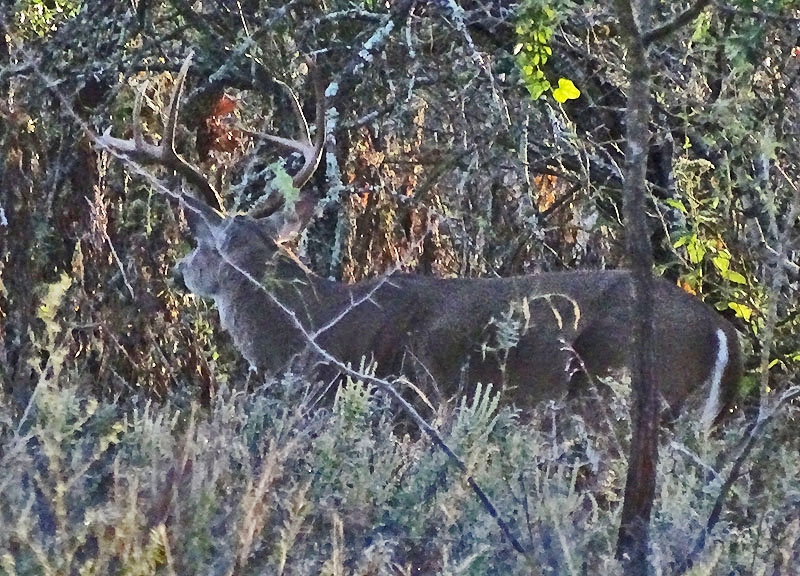 He turned into the woods on a well worn trail, still looking around himself. 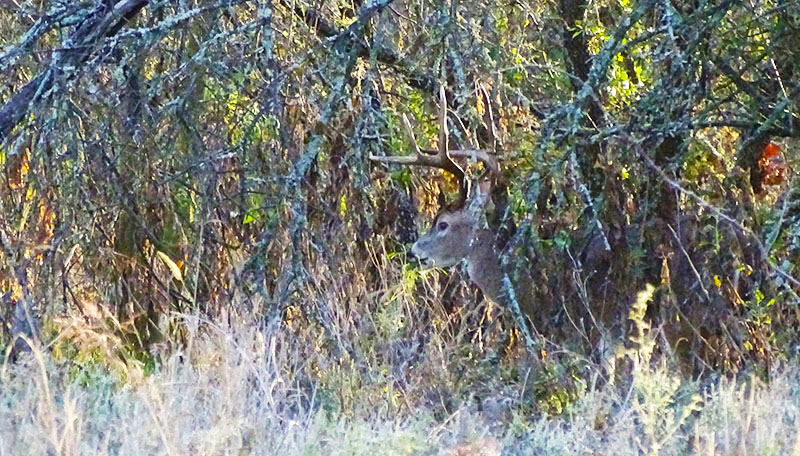 Then he turned and doubled back the way he had came and in a few steps he walked into the woods. He continued on until I lost sight of him. I took a handful of pictures of him and zoomed in on his tail and rack to see where he was before he left. 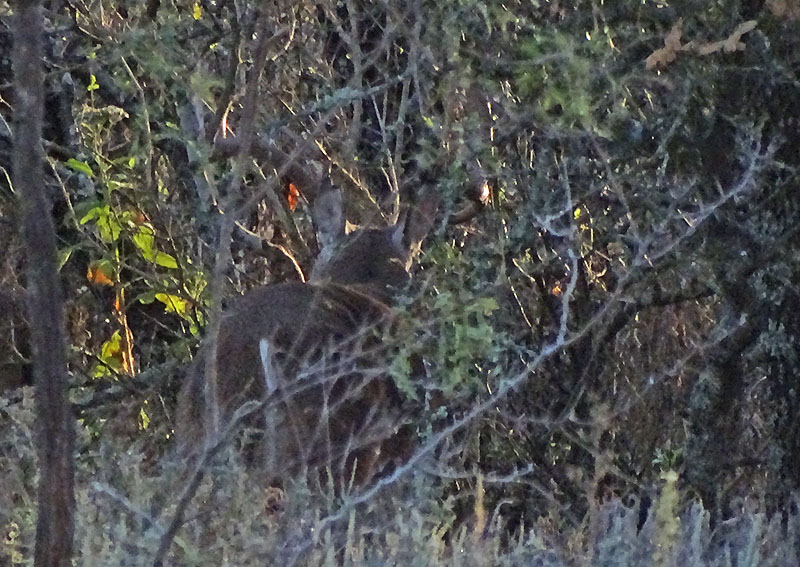 And that was what I saw after daylight in the deer woods on January 1 of the new year 2018. Stay tuned for more deer pictures and happenings in the deer world.