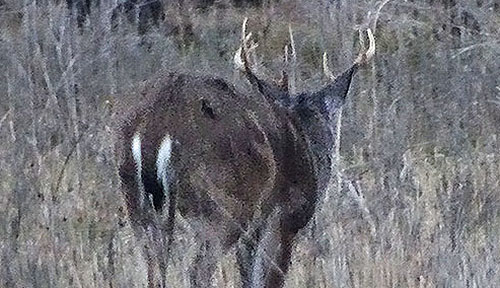 This morning was the coldest so far, 7 degrees and windy. Overcast but the sky was bright. It had snowed and at first light I could see snow in the ground.

I have a half dozen ground blind setups scattered around the area to and from where my main food plot is. This morning I went to one close to the rusty, old boundary fence to the east. Several deer walked through in the morning’s low light. On the ones that I could identify in the near dark, I saw the shadows of racks.

The snow disappeared when there was enough daysight to take pictures. My first two visitors were these bucks that browsed past my blind toward the run down fence. 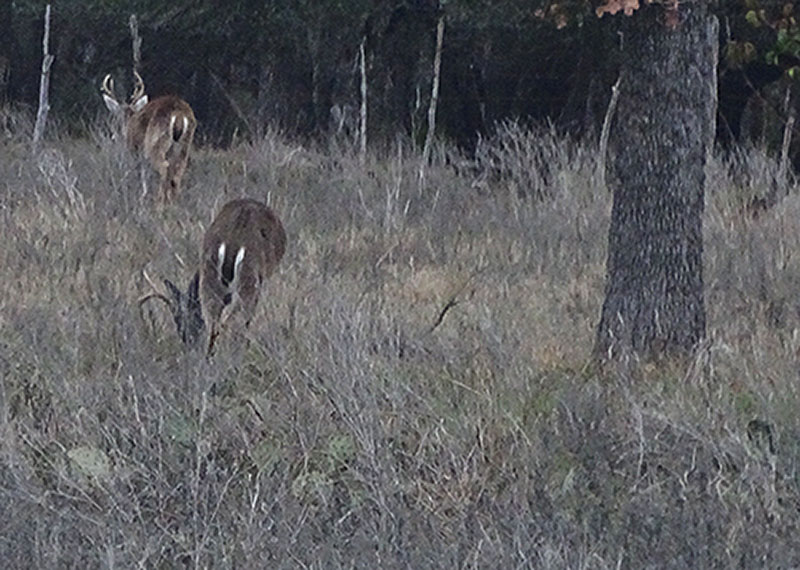 Right afterward a solo 8-point buck walked by to my left and went toward the fence and jumped over it. He left straight into the woods. 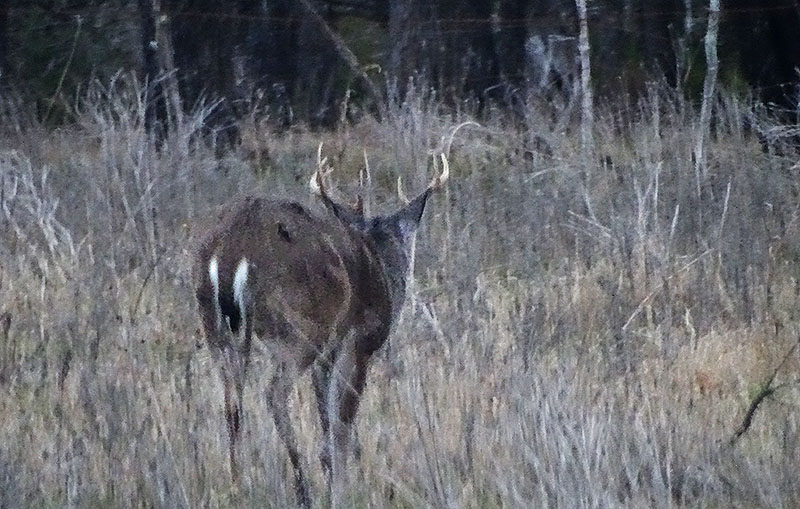 The next two hours were both cold and eventless. Back at camp I was the only one who had seen any deer. We drove to Hamilton and everybody ate a big breakfast at Rosie Jo’s. That afternoon was still very cold but a little less windy.

The first deer was the young buck below. 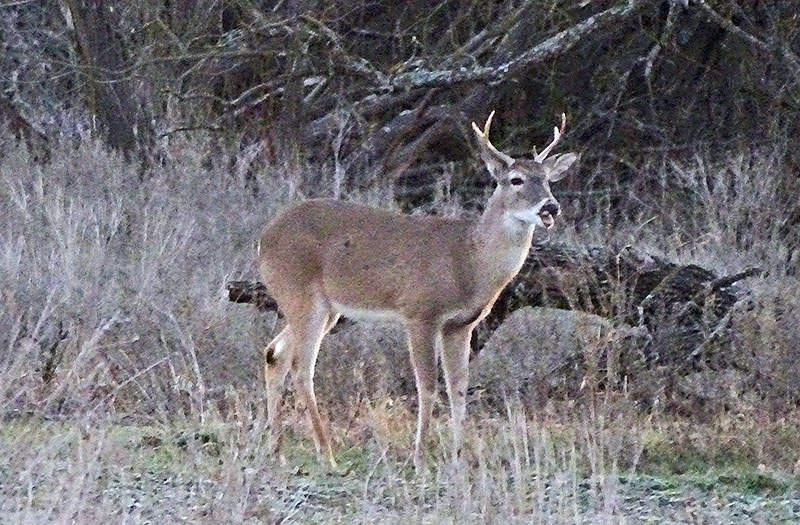 The edge of the woods got most of the deer activity in the afternoon. Below is a nine point that has a broken left G2 tine. He paused here and smelled the ground. When he picked up some scent he followed it. 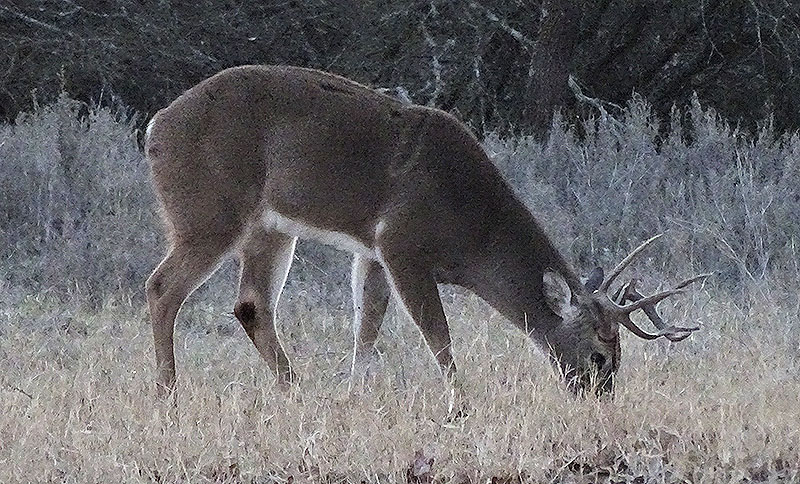 Next a younger buck came through along the edge of the trees. He was on the same scent trail the bigger buck was. 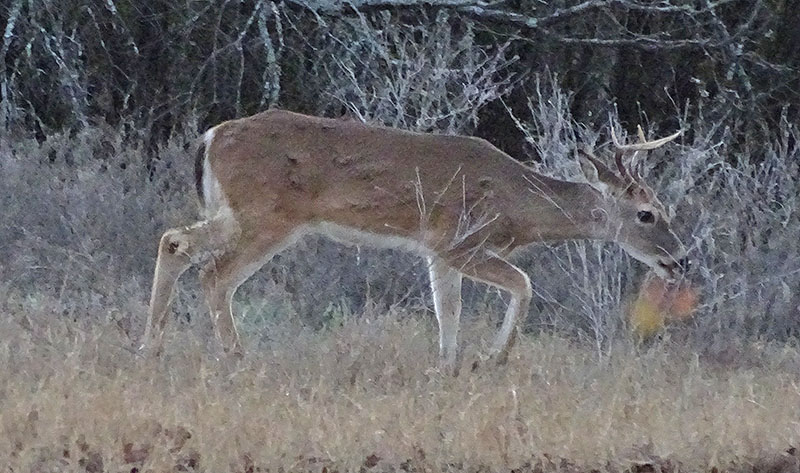 The broken tine 9 point walked up to the doe that you can see part of behind him. He looked the doe over and then left the area. 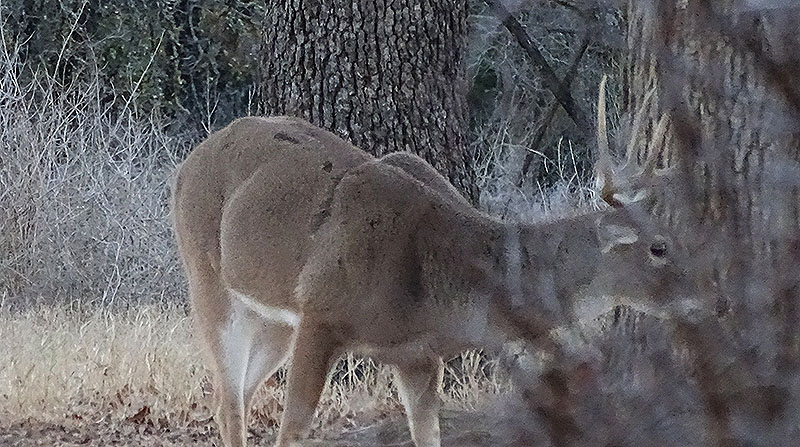 A six point buck came racing up to the doe and it beat him to the woods. He stopped and I got his picture. 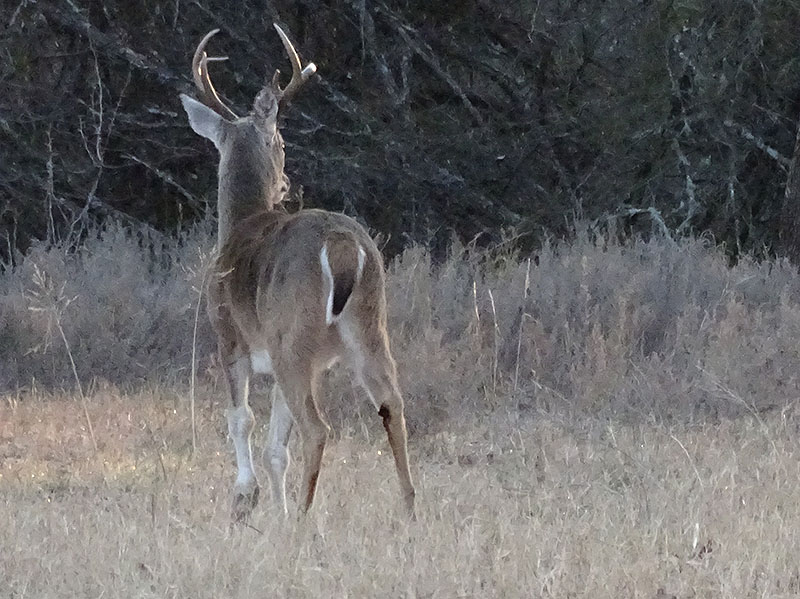 A yearling doe walked past me on a well worn deer trail. It’s hocks show a little discoloration. 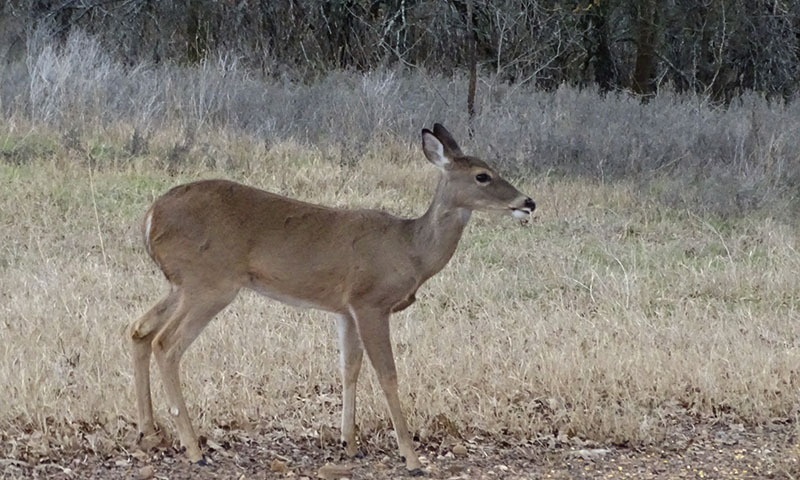 This is a different yearling. 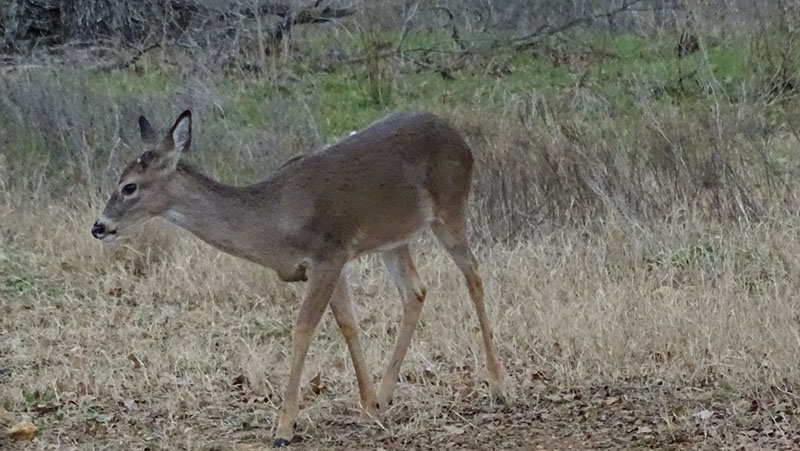 A slightly older came up and stood around. 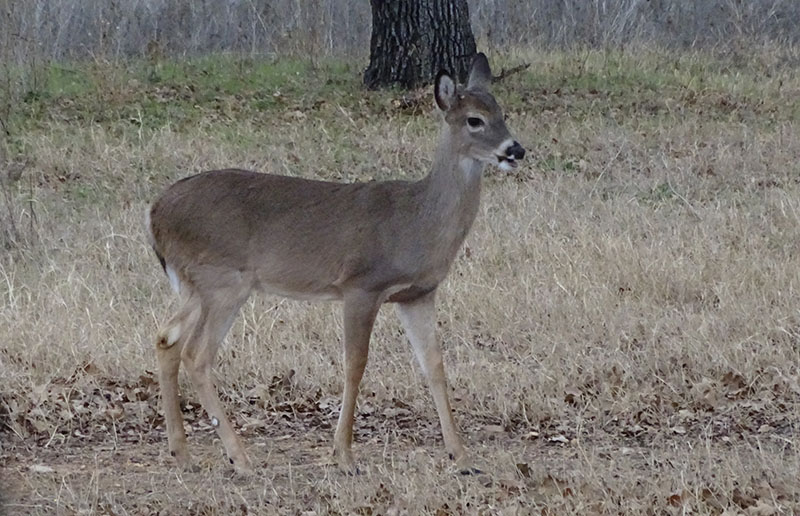 The cold temperature took a nosedive the last two hours of the day. Some of the other guys saw a few bucks and does. We drove to Hamilton again and ate Mexican Food and drank a little mexican beer at Freida’s Restaurant.

Big Ohio Buck With Self Made Longbow