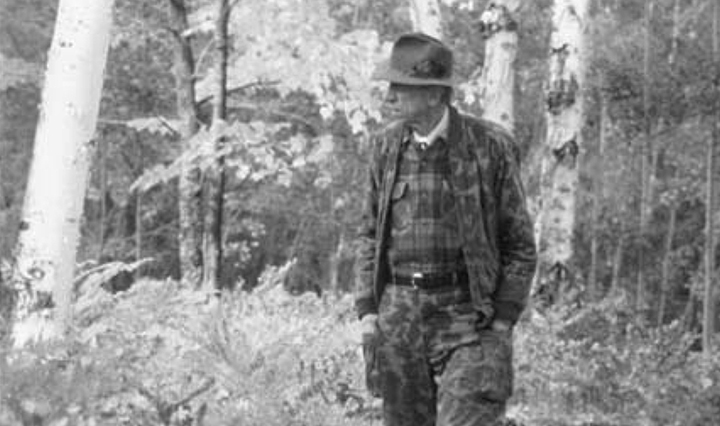 Lots of folks would like to know more about how Fred shot archery and the equipment that he used. Here is a portion of an interview that Fred did long-distance to some questions sent to him on tape by archery writer Bob Learn. Fred gave me his original typewritten answers that he later put on tape. He made the tape Feb. 10, 1970. Keep in mind that this was before the widespread popularity of compound bows, and Fred’s remarks about bows relate to recurves. Again, what follows here are Fred’s own words.

(Author’s note: I have a theory about this right  vs. left-handed thing with Fred, although I don’t remember ever talking to him about it. When he was a young boy, Fred and his sister, Aileen, were preparing feed for their livestock on the farm. Here are a couple of paragraphs from the Fred Bear biography that Charlie Kroll and I put together to explain what happened:

“Their father had mounted a shear at the small end of a wedge-shaped trough, and it was Fred’s job to feed bunches of hay into it, compressing it in the wedge and shoving it under the shear wielded by his sister. The resulting short lengths of hay were then mixed with bran, water and molasses for the horse and cow.”

“One morning, more consumed than usual by the boredom of his task, Fred started to tease his sister by jerking the hay back just as she came down with the shear. Aileen, keen on getting the chore finished, was not at all humored by her brother’s behavior. Inevitably, Fred shoved a clump of hay a bit farther than he should have, and the shear came down quickly on one of his fingers along with the hay. The blade was extremely sharp, as were all of Harry’s tools, and it cleanly clipped off a small section of the third finger of his right hand.”

I think that Fred probably compensated for the loss of this part of his finger on his right hand by starting to do a lot of things left-handed, including shooting a bow when he got started in the 1920’s. That would have been one of the fingers that an archer would normally use in drawing the bowstring. Incidentally, Aileen died in 1918 of the flu when Fred was just 16 years old. My own maternal grandfather also died that year of the same thing. Now, back to Fred’s interview.) 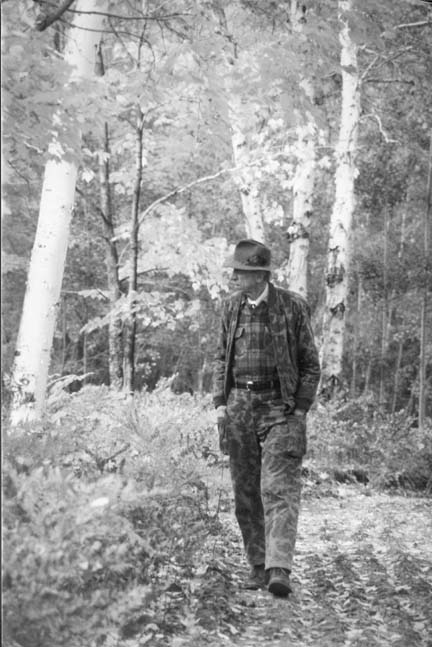 Keep Does Happy To Keep Bucks