Rabbits: What Do They Eat? What Eats Them? 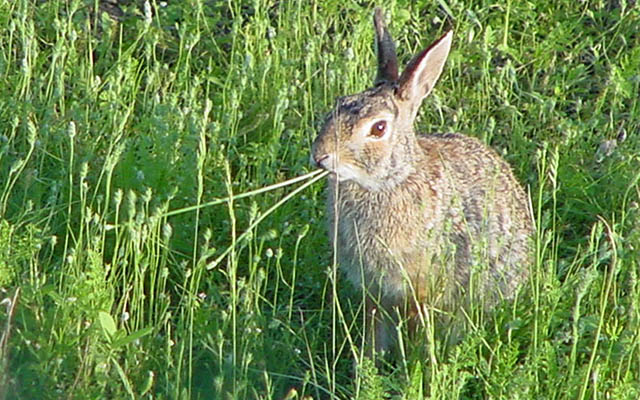 One of the enjoyable things about the deer woods is watching different animals and witnessing their daily lives unfold. Rabbits are particularly cool.

Rabbits do not seem to have leisure time. Their days are spent looking for food, eating, interacting with other rabbits, resting, and sleeping. And all the while they keep a constant ear and eye out for the predators that want to turn them into today’s lunch or dinner.

One of the areas that I frequently take pictures I named the “Hammer Hole.”  It is well populated with rabbits. They always seem to be traveling through, eating, or messing around with other rabbits. 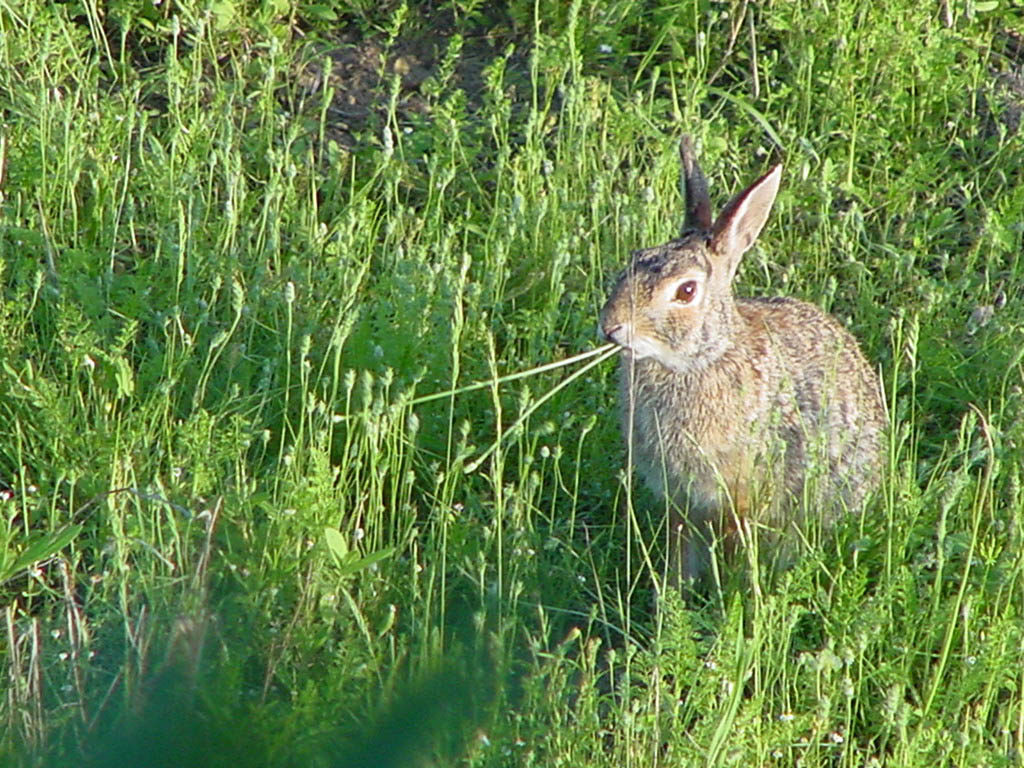 Above is one of thr Hammer Hole rabbits munching on some native grass stems. They clip the stems close to the ground and eat them. The stem looks like it is being sucked into the rabbit’s head. Here are larger pictures of the rabbit on the right for your enjoyment or for your computer’s or Smartphone’s Wallpaper: 1024×768, 800×600,640×480.

Rabbits love wild flowers. They bite the flower stalk off and start nibbling. The bud comes closer to the rabbit with every bite. Below is a different and younger Hammer Hole Cottontail. Plus, links for your computer’s or Smartphone’s Wallpaper: 1024×768, 800×600, 640×480. 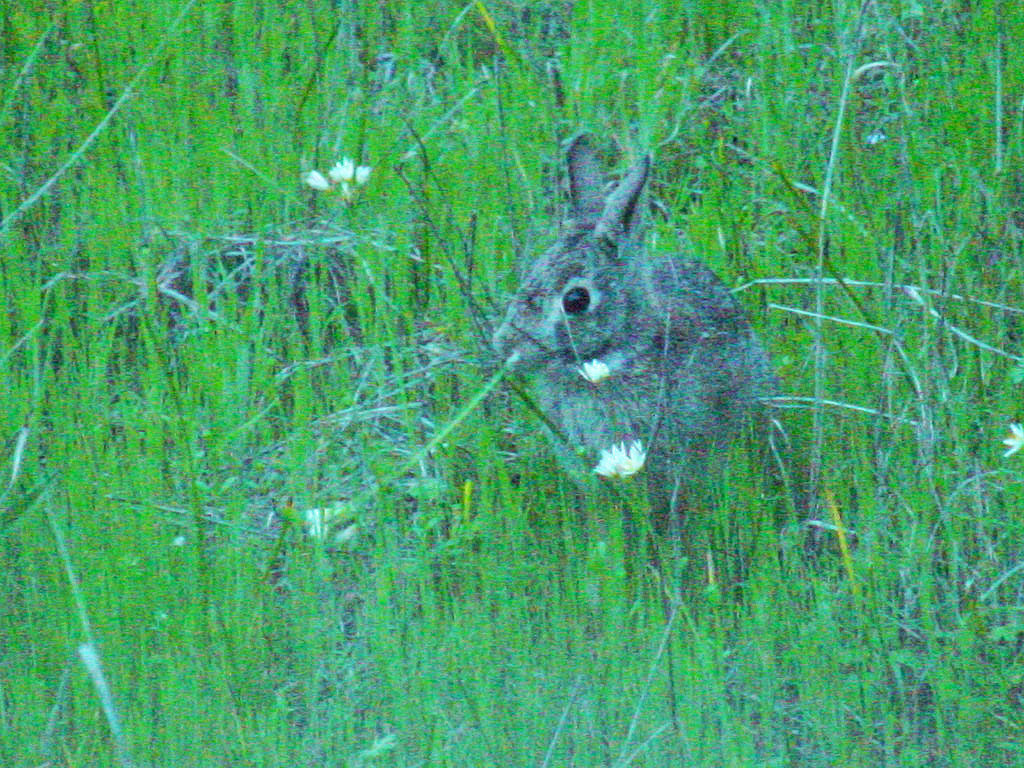 Over the years I’ve watched rabbits get to be today’s dinner for foxes and coyotes. Twice I’ve seen bobcats chasing a rabbit. I’ve never seen one attack a rabbit, but I’m sure they do. And judging from the way rabbits run when they hear them coming I would guess that wild hogs kill and eat rabbits.

But owls and hawks prey on rabbits too. A big owl used to land in a nearby tree close to one of my treestands at the Pocket. That owl took out a lot of rabbits. They never knew what hit them, the owl swooped down from his limb, only a short distance away, and sunk his long talons in exactly the right spot to instantly kill the rabbit. A couple of times he ate them right there but mostly he flew off with them.

The hawk is a different type of hunter. He doesn’t sit and wait. Hawks are on the move, always searching for a field mouse, a rabbit, or some other hawk fare. In the woods they frequently fly below treetop level and when they spy something on their grocery list they go for them immediately. A big hawk will dig his talons in at full speed and go airborne with the rabbit.

I can not hear a hawk in flight.But a rabbit can.<

The rabbits at the Hammer Hole frequently manage to give the hawks the slip. Those big ears aren’t decoration, they bring in every sound. One time when I was wild hog hunting at the Hammer Hole only one rabbit was around. I took pictures as it ate some stems. Before long the rabbit spun around and ran like 60, up under the low hanging limbs of a cedar tree. On millionth of a second later a hawk swooped down for the kill, but the rabbit was hiding under the tree. The hawk kept right on flying.

Ten minutes later the rabbit was back out eating stems. Again, he sped for cover. This time the hawk came from the opposite direction and he was about three rabbit hops late. The hawk flew off. He soon returned for a 3rd try. But the rabbit heard him coming, again. I didn’t hear a sound … but the rabbit did.