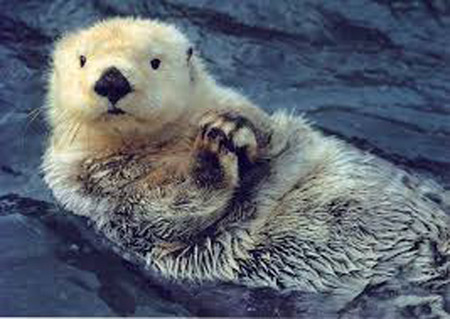 It was the summer of 1989 that the Exxon Valdez hit the rock on Bligh Reef. Alaska had its first real oil spill and it was a doozy. The oil drifted west and smeared the coastline of Prince William Sound (about 2500 sq. miles of pristine coastline) with a soft peanut butter like sticky ooze.

Hours after that boat wreck, my phone rang and I was put in charge of doing two world-wide specials on the biggest oil spill on the planet. We worked on that project for 20 hours a day for almost 3-weeks. You can google it if you want all of the details but it was a real eye-opener for Alaskans. The coast would self-heal over the next few decades because God put some natural oil eating bacteria in the sea.

But in the short term, a lot of wildlife was destroyed. A series of volcanic mountains called the Barren Islands housed over 250,000 black legged Kittiwake’s which are a seafaring gull. The oil got nearly all of them. But 29 years later they are all back. Nature is resilient.

Here is the story that we discovered that was both entertaining and funny. It involved sea otters. The otters rely on their dense fur to hold air and insulate them against the icy North Pacific sea water. The fur of a sea otter is denser, per sq. inch, than any other animal on the planet. In some locations on its belly, its density is over 1,000,000 hairs per sq. inch. Plus, they are really cute animals. Well a bunch of them got greased up with the oil spill and needed rescue. The sea otter story rescue was a great one to tell.

Know this, sea otters are big and they bite. They were being rescued against their will.  Here is how silicone helped save otters caught in the 1989 Alaskan oil spill disaster. After washing them with a mild detergent to remove the oil they were sprayed with a silicone compound. The crude oil had soaked into their fur, destroying the air layer that helps keep them warm as they swim in the icy waters of Prince William Sound. They were in danger of dying from the cold. In that freezing sea otters would yield bad press, the oil company invested heavily in rescuing them.

The detergents were used to remove the crude oil had a double whammy. They removed the natural waterproofing oils from the otters’ fur. Treating the otters with silicone fluids similar to those used in hair conditioners gave their fur a temporary waterproof layer. The silicone kept them protected until they regenerated their natural hydrophobic oil coating. What a great idea using silicone.

You may have some experience with silicone waterproofing. I do. I use the best siliconized waterproofing made, called Silicone Water-Guard. You’ve probably seen the familiar can.

Here is the magic of silicone. Silicones have low surface tension, which enables them to spread and soak easily into a substrate’s pores. This works on leather, nylon or sea otter fur. Their highly flexible and mobile siloxane backbone enables the water-repelling methyl groups to orient themselves toward the surface, creating a waterproof “umbrella.” How amazing.

What makes this “umbrella” unique is its ability to breathe. Because silicones have a very open molecular structure, water vapor trapped in the substrate can easily slip through. Water molecules, however, are too large to enter. This means a treated surface can breathe and still repel water.

At first the local swimming pool housed them and later special expensive sea pens were constructed over in Halibut Cove. The otters were watched over like Gitmo prisoners. In that the otters enjoy top quality cuisine when in the ocean, they were fed an “all you can eat a buffet” of king crab, fresh Alaska Halibut, oysters, clams, sea urchins and Dungeness crab. The food bill was said to exceed $70,000 a week. Not bad for 19 hungry sea otters.

Now here is the funny part. After rehabbing and “Saving” these otters they were crated in dog carriers and transported out around the point at Port English. Next, they were released back into the ocean in Western Prince William Sound. I was told that a  pod of killer Whales showed up right after the otters were “Freed”…and the big circle of life continued to turn.

Pull Your Tooth With A Bow & Arrow