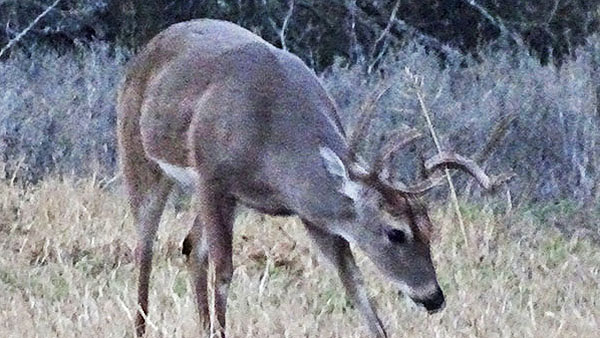 Around here the bucks still have their antlers in February. They continue to wander around solo, hoping to locate a doe that has not been bred and has come into rut this late.

After daylight a lone doe walked out of the woods and stood around near rhe edge of the trees. 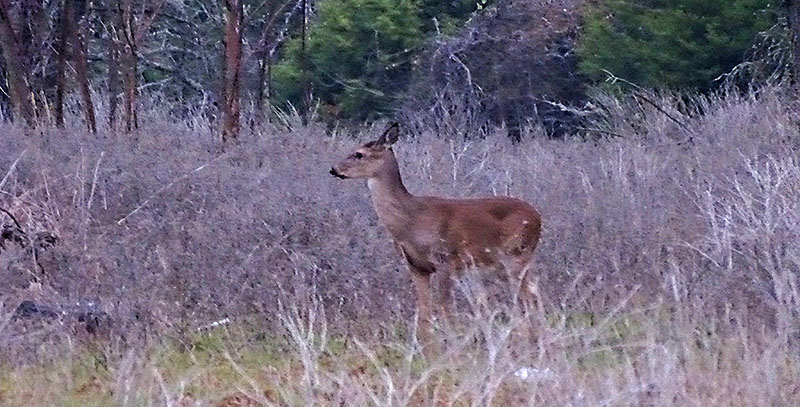 Fifteen minutes later another solo doe came from behind my blind and hooked a right and went out of my view. 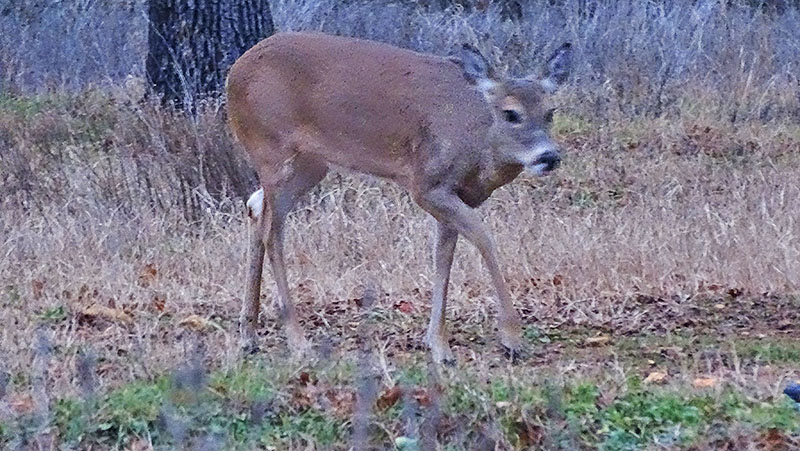 Shortly after a doe appeared in the woods to the east and attentively moved through the area. 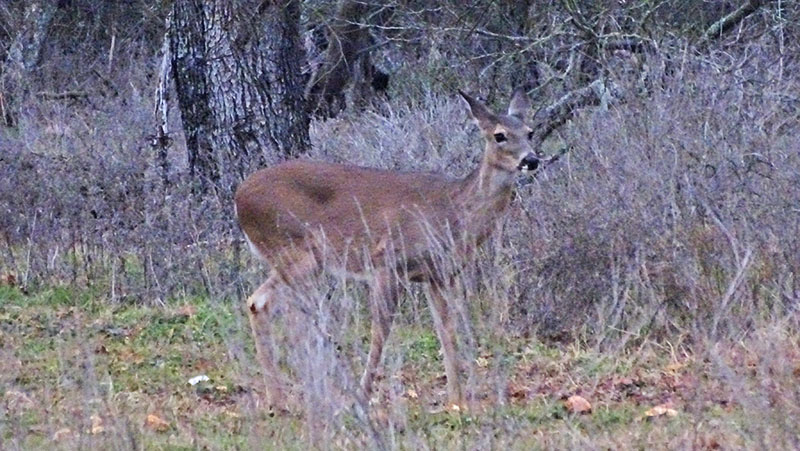 Notice the hocks on the doe so far, they have a dark spot on their hocks. But the last doe I saw, below, still had white hocks. She was constantly on the lookout.

A buck showed up after the does had moved on. He is the buck from earlier that has goofy antlers. As soon as I saw him I noticed he had lost weight. 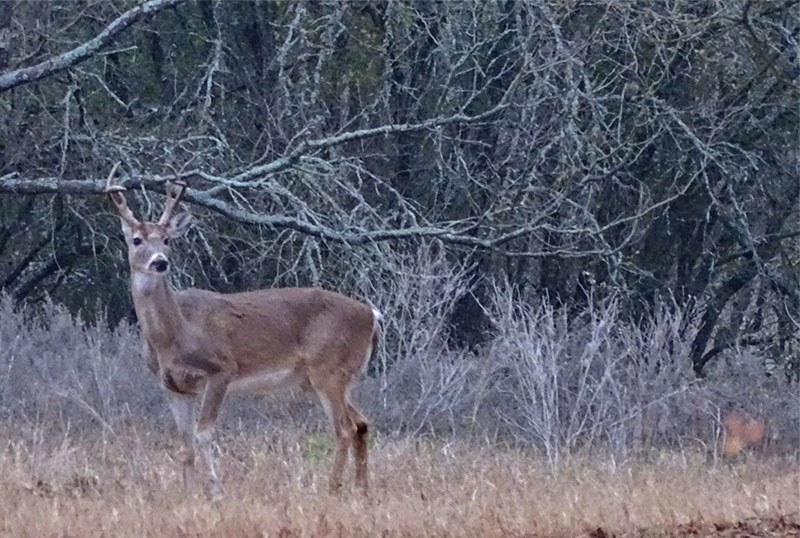 He strolled around and I got a closer picture of him. He definitely is thinner than he was earlier. 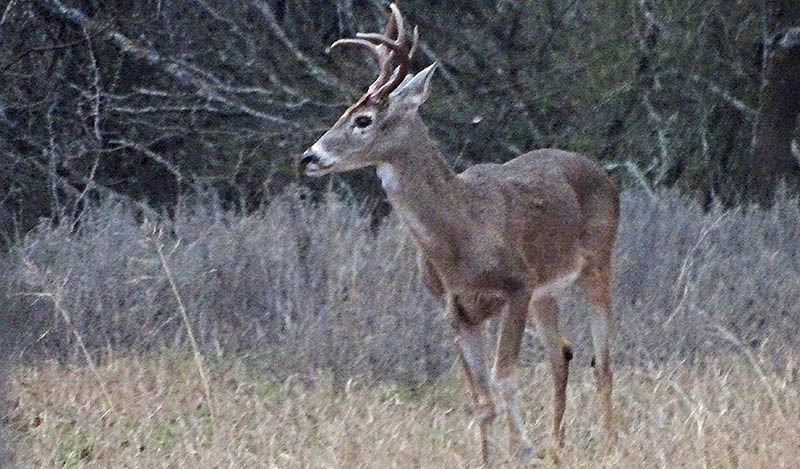 Next, and last, a buck came out of the thick trees along the gulch and browsed in my direction. 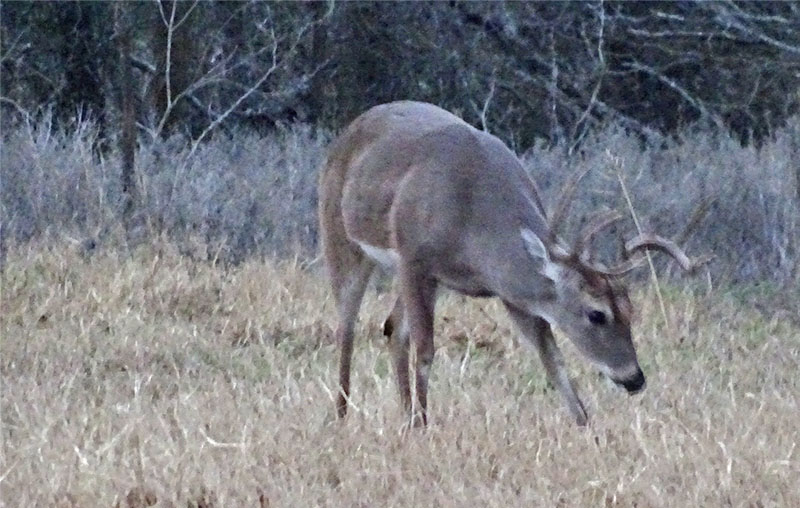 This buck’s hock are all black and no white is showing. He looks healthy qnd fit and has a nice rack. After he sheds his antlers in March the 2018 replacement qntlers he grows should be heavier, wider, have longer main beams and tines.

We will definitely keep an eye out for this buck when they come out of the thick woods to show off their new racks, starting July 17. I can’t wait.

How To Tell Hens From Gobblers