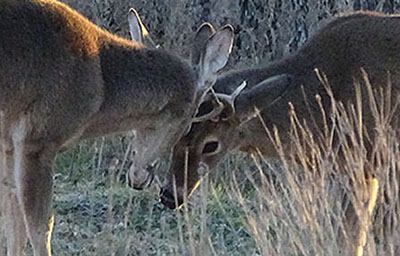 Back in September and October, when  bucks shed their velvet, the first year bucks frequently sparred with other young bucks. These confrontations were not very aggressive in the beginning, but as the weeks passed, and they figured out what goes on in the whitetail world during the mating season, they gradually became braver and more aggressive.

By this January the 1 1/2 year old bucks have learned a lot about what it takes to behave like real bucks.

He walked over to an area I created by stacking up cut tree trunks and branches and a torn down shed I added to the mix. This serves as a re-direct that moves deer in my direction. A buck was already there and the two of them approached each other. 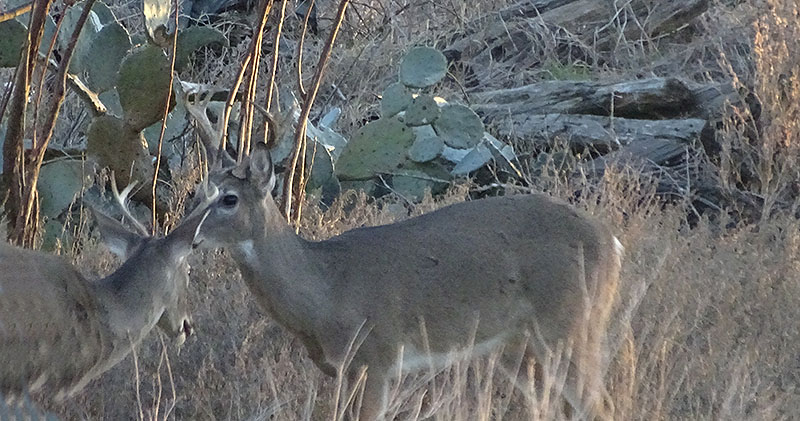 The two young bucks looked around. 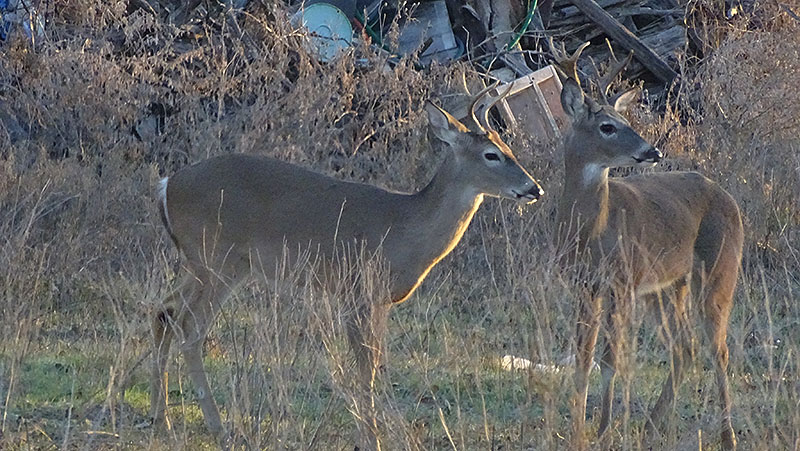 And then locked horns.

Back in October there wasn’t much to it when they did this, a little sound as their antlers joined and clicked away almost quietly.

Now, the two young bucks pushed hard against their opponent. And their antlers sounded loudly as they jammed together and raked against each other.

Then they pulled apart and postured. 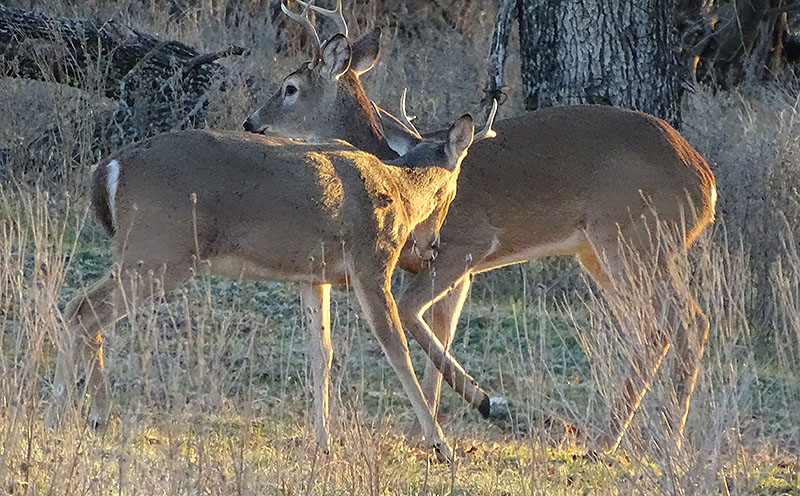 Smack, their smallish racks came together and they shoved one another back and forth. Soon they were done and one of them hurried away.

An hour passed. Then the quietness was broken by antler contact. I looked in the direction of the sound and soon saw two bucks in the tall weeds  adjacent to the trees.

They were already in a scuffle. I found them in my Sony’s viewfinder and took a picture just as they paused for a breather. 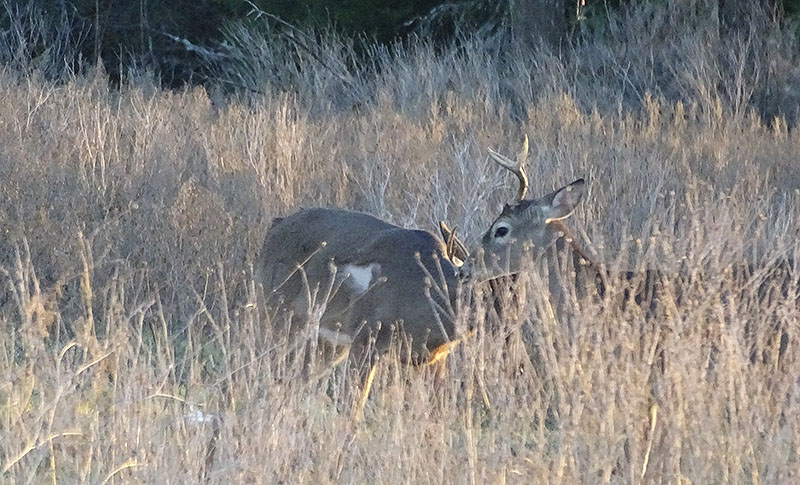 A third, and larger, buck hurried over to them. 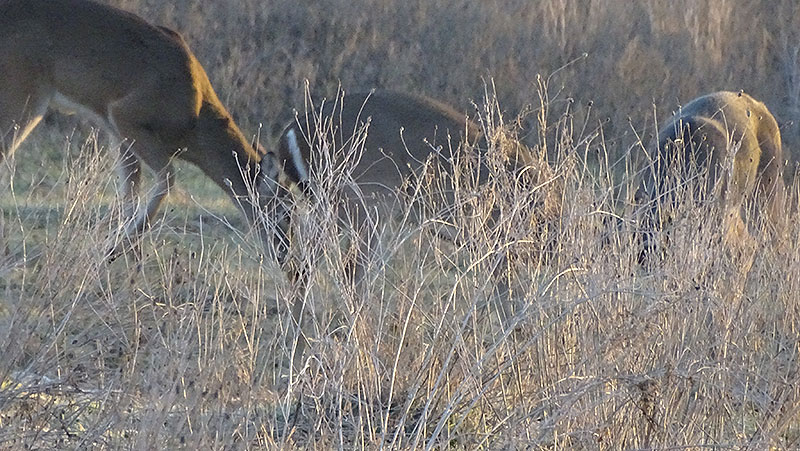 The larger buck tried to get into the fray but couldn’t break one away. So he left. 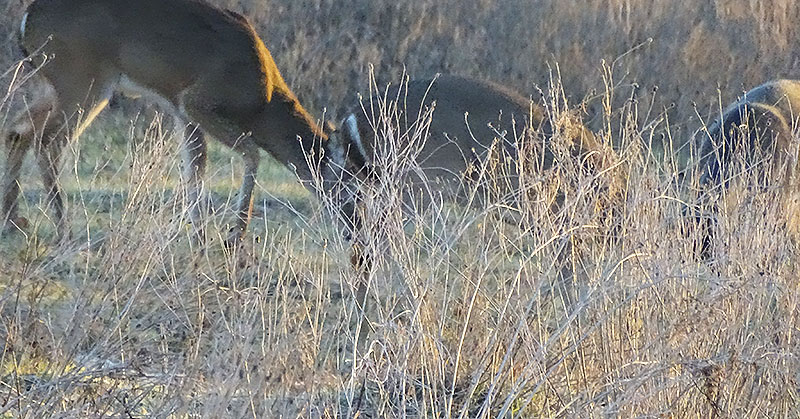 The two bucks shoved each other around and moved a good 30 yards further. When they paused they postured aggressively. 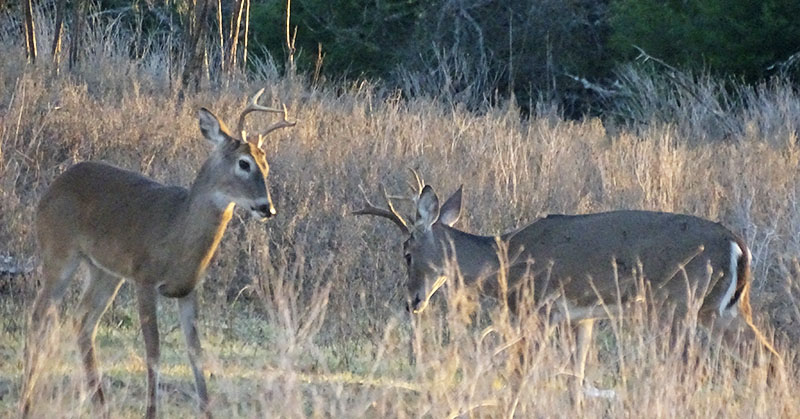 And they went back to it. 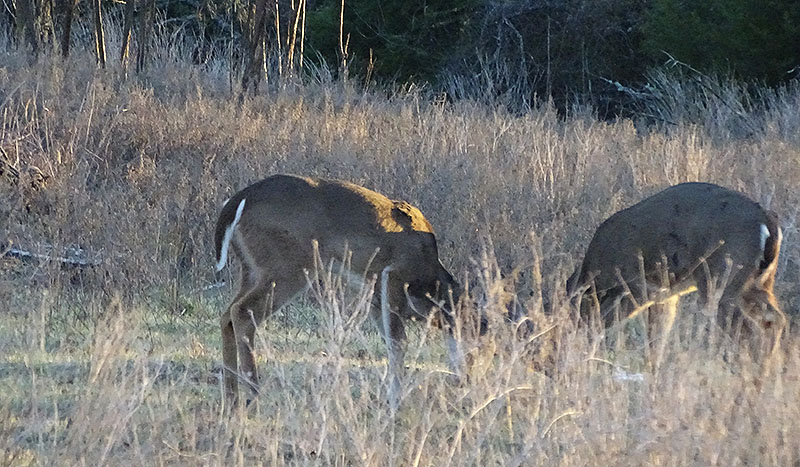 They stayed with it and pushed back and forth. Then they paused and the buck on the left broke down and ran for a safe place. 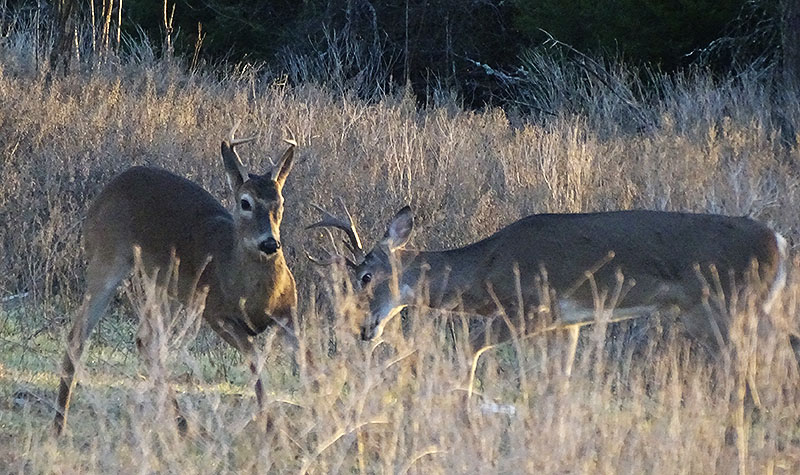 The winner followed and tried to jab the departing buck with his antlers. And that was it for this morning in the dee woods.