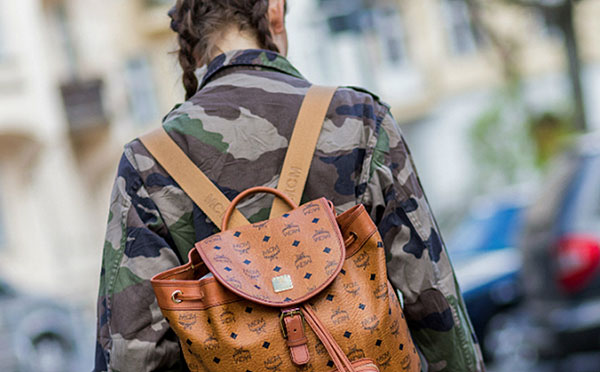 Camouflage isn’t just a color pattern. It’s a lifestyle. As its popularity grows among brands, celebrities and the mainstream media, it could also become a natural transition for creating more archers and bowhunters.

Recruiting possibilities surround us. On a recent flight to Charlotte, North Carolina, the young woman seated next to me wore black leggings and a woodland camouflage blouse. When I asked if her camo was for fashion or function, she smiled and said fashion.

As our conversation continued, it centered around one theme: bowhunting. The subject – camouflage – provided an instant connection and conversation starter for two strangers from different walks of life.

The woman had never bowhunted, but I do regularly. She was interested in my stories and the resources I suggested. As we deplaned, she said bowhunting sounded fun, and she might try it one day. The twinkle in her eye and excitement in her voice told me she would.

Turns out, she wasn’t the only person wearing camouflage in the airport that day. On my way through the terminal, I spotted people wearing camo hats, shoes, shirts, pants and jackets. I also saw people carrying camo purses, backpacks and phone cases. I even saw a man eating a sandwich from a camo lunchbox.

In fact, camouflage is everywhere.

“You can find camouflage on almost everything from bathing suits to soda cans, and everything in between,” reported Tracy Breen in his article, Camo Goes Mainstream. “Companies outside the hunting industry are teaming up with camo companies because they’re realizing that hunters, anglers and others who live the outdoor lifestyle are loyal to brands that are loyal to their lifestyle.”

Nick Woosier, a fashion designer and illustrator for Calvin Klein, Ralph Lauren, Barneys New York and others, said this in the article, The Complex Guide to Camo: “Camo is almost like a solid. It’s the perfect uniform. You can wear camo in any application, and it’s always right. Fashion comes and goes, prints come and go, proper camo never really goes away.”

Camouflage isn’t all fun and games, though. Military forces use camouflage on their uniforms and equipment to blend with various battlefield surroundings, while hunters rely on camo to conceal themselves from prey.

Whether it’s worn for function or fashion, camouflage has generated interest across American culture. That interest could be the best thing to happen to the archery and bowhunting industry since Jennifer Lawrence and “The Hunger Games” movies.

Here’s why: Camouflage links us. Tony Hansen, a blogger for Realtree Camouflage recently wrote: “Hunters have stepped out of the shade and into the sun. We have elevated the outdoors into an economic and social powerhouse. The fact that ‘non-endemic’ companies – companies who don’t make hunting gear – are wrapping their products in camo means that people who aren’t familiar with the hunting lifestyle will, in some small way, become part of it. You’re naive if you think that doesn’t matter.”

We can do something about those numbers. For instance, the Archery Trade Association recently reported 9.9 percent of Americans 18 and older – 23.8 million people – shot archery sports in 2015. Meanwhile, the U.S. Census Bureau reports we have over 232 million people living in America. That means we have a large pool of potential archers and bowhunters to introduce to archery and bowhunting’s thrills and benefits.

Brenda Valentine, a veteran outdoor writer and bowhunting personality, recently made this excellent point on her Facebook page: “Remember, there are hunters, anti-hunters and nonhunters, with nonhunters being the largest group. We hunters need their support, approval and votes. Please be mindful of the impression you leave. It could, and likely will, have a huge impact on the future of hunting.”

While state wildlife agencies develop ways to recruit, retain and reactivate hunters, individual bowhunters can lend a hand, pass on our skills and love for archery and bowhunting, and invite others to learn and experience what these sports are all about.

No matter where you are in life, camouflage and bowhunting are making an impact. Photo Credit: inkdrags via Instagram

Camouflage can be used to inform, educate and teach others about our bowhunting lifestyle. With the right approach, it can increase participation and boost awareness of a fun recreation. What better proof than my airplane and airport story?

Of the eight camo-wearing people I talked to during my layover, three were bowhunters, and four others said they’re willing to try it. The other person said recreational archery was more their speed.

If I learned one thing from those conversations, it’s that bowhunting can be an exciting, yet intimidating, activity for newcomers. But with a little help from a knowledgeable mentor, most people are willing to try it.

Don’t wait any longer to be a bowhunting ambassador. The next time you see someone wearing a camo hat or sipping from a camo mug, chat them up. Give them a nudge, and tell them about the ATA’s Archery 360 and Bowhunting 360 communities. Together, we can make a difference and create a stronger, more unified archery and bowhunting community.

How to Can Deer Meat + Hot Venison Sandwiches w Gravy