How To Overcome The 4 Barriers To Bowhunting 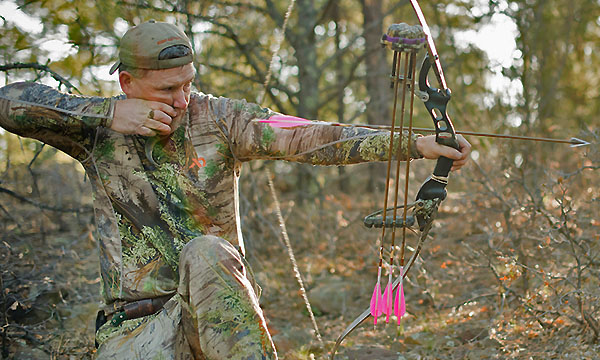 Getting started is sometimes the hardest part of new adventures. 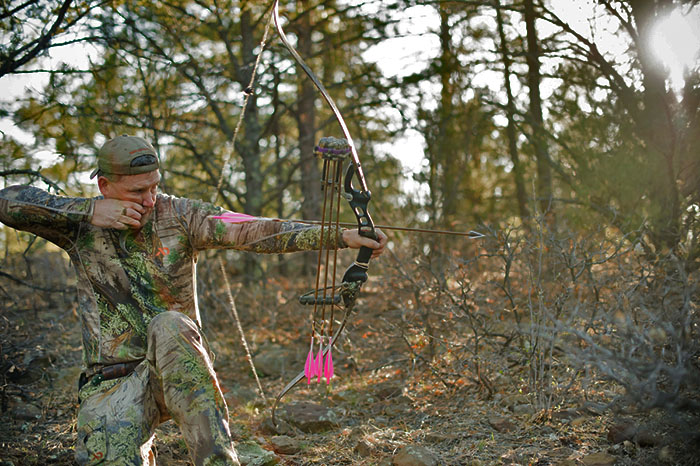 Bowhunting can seem daunting if you know nothing about it. But all bowhunters must overcome 4 common obstacles, including access to hunting land, public perceptions of hunting, learning basic hunting skills, and dealing with the emotions of harvesting an animal.

No Place to Hunt Finding places to hunt is an important step to becoming a bowhunter. Photo Credit: John Hafner

This article originally appeared on Bowhunting 360.

Finding places to hunt is an important step to becoming a bowhunter, but millions of acres of public land are open to hunting across the United States. These lands are accessible to anyone holding a hunting license. State wildlife agencies list public hunting lands, but hunting these properties can be challenging because they’re open to everyone. That’s also their beauty. All licensed hunters have equal rights to enjoy the land.

The key to hunting wary public-land wildlife is finding sites other hunters overlook. That could mean hiking farther or getting away from trails and roads. The farther wildlife gets from humans, the more relaxed and less wary it tends to be. Therefore, the easier it can be to get shooting opportunities.

Private lands can provide great opportunities for having bowhunting sanctuaries to yourself. Gaining access to private land usually requires networking in your community, and presenting yourself as a responsible, respectful bowhunter. If you explain and demonstrate that you’re safe and responsible, and will hunt their property with respect, most landowners will at least hear you out. Many states also require hunters to obtain the landowner’s written permission. Even if your state doesn’t require it, consider asking the landowner to put the permission in writing before hunting their property. It’s a sign of respect they’ll appreciate. What will my neighbors think? What will my family think? Will my friends think I’ve gone crazy? Public perceptions of hunting can prevent people from taking that first step to becoming a bowhunter. But don’t be misled. Although only 5 to 7 percent of Americans hunt, most people approve of hunting. In fact, Responsive Management, a research group focused on natural resources and outdoor recreation, found that 75 percent of Americans approve of hunting.

A key to changing nonhunters’ perceptions about hunting is to share hunting’s benefits with them. For instance, hunting provides free-range organic meat, and hunters provide substantial economic support for conservation. Most people who eat meat will prefer organically raised meat to meat containing manmade dyes, chemicals and hormones. Procuring wild-raised meat is an enriching experience. Most people take comfort in knowing how meat is sourced, and hunting for your own meat is a sustainable way to obtain lean, delicious protein.

Hunting’s benefits go far beyond meat-packed freezers. Every dollar spent on bows, arrows, broadheads and other hunting gear generates about 11 cents to wildlife conservation nationwide through federal excise taxes. Further, hunters do not kill indiscriminately. As conservationists, they give time and money to protect and enhance wildlife and its varied habitats. Hunting is a sustainable heritage that’s carefully regulated by state wildlife agencies.

Hunting has many nuances that take time to learn. Just remember that all great hunters began as mistake-prone rookies. Spooking deer and missing shots are part of hunting’s learning experience. The best way to learn bowhunting’s skills is to take small, easy steps, and beginners will find many great resources to help. Bowhunting 360, for instance, builds your knowledge base, and state wildlife agencies offer free seminars that give you hands-on experience. Those seminars range from calling turkeys to butchering deer. Joining an archery club and asking questions at your local archery shop are great ways to build your bowhunting knowledge.

How Will I Feel After Harvesting Something? Harvesting an animal results in a powerful combination of joy, accomplishment and solemnity that closely connects hunters to the land while instilling a deeper appreciation for the meat they acquire. Photo Credit: John Hafner

Taking an animal’s life is not something to take lightly. All individuals must decide if it’s right for them. Many first-time hunters don’t know if they’re capable of shooting an animal until an opportunity presents itself. This is when a hunting mentor can be especially helpful. Having a peer accompany you on a hunt, and talk you through the shooting process for your first animal can reduce much of the stress.

Most people describe the kill as a powerful combination of joy, accomplishment and solemnity that closely connects them to the land while instilling a deeper appreciation for the meat they acquire. One of modern bowhunting’s founders, Fred Bear, put it this way: “I have always tempered my killing with respect for the game pursued. I see the animal not only as a target but as a living creature with more freedom than I will ever have. I take that life if I can, with regret as well as joy, and with the sure knowledge that nature’s way of fang and claw or exposure and starvation are a far crueler fate than I bestow.”

Each bow-kill unleashes a whirlwind of emotions, but it’s only a small part of the hunting experience. As you hunt, you’ll learn more than you thought possible about animals and nature. You’ll see wild things you never knew existed. You’ll be humbled often by animals far better at surviving than you are at hunting. These experiences build deep respect between hunter and prey. You’ll know more about the animals you eat than anyone who buys organic meat at grocery stores. You’ll know that animal’s habits, its diet, where it lived, where it died, and how it was handled. And when you sit at the dinner table you’ll share stories of your hunt, and know with certainty that you procured the best meat possible for yourself, family and friends.

Bowhunting’s barriers can all be overcome, and each requires only a few steps. If you’re ready to start bowhunting, visit your local archery shop to get outfitted with the proper equipment. Then visit your state wildlife agency’s website to register for a bowhunter education course. These courses fill up quickly, so sign up now. Once you’re licensed to hunt, you’re on your way to the first of many bowhunting adventures.

This article originally appeared on Bowhunting 360. 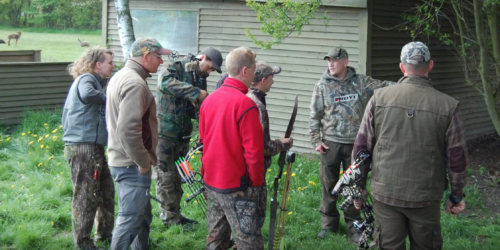 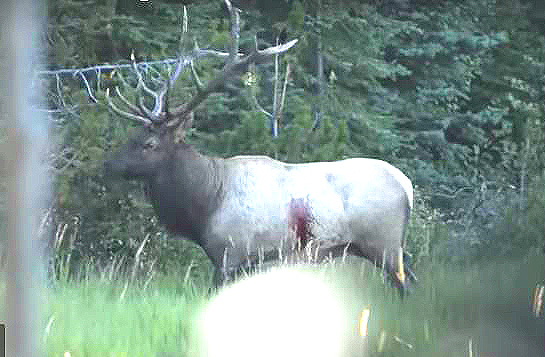 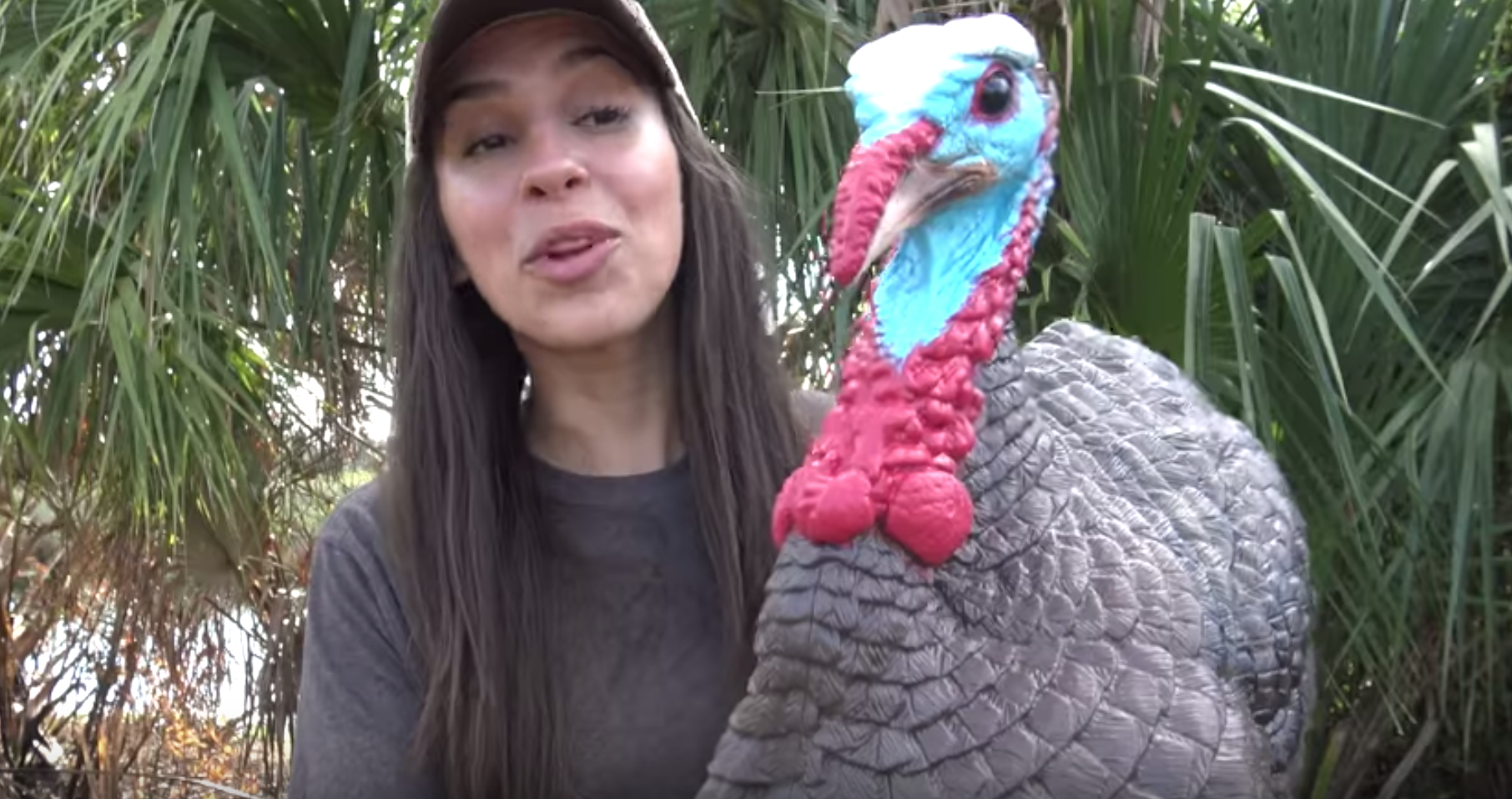 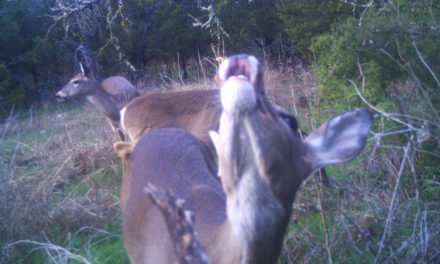