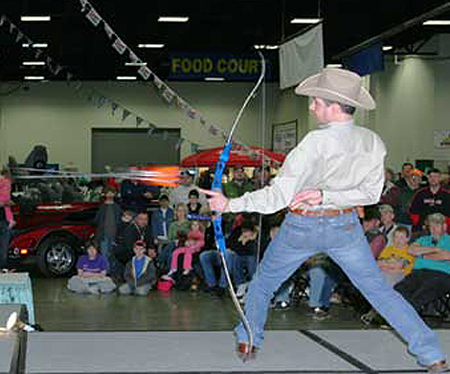 Here’s why.  If you develop target panic and then start changing everything you do to try kick it–you change the way you anchor, the way you draw, the way you release, your basic form, the way you aim, etc. then pretty soon your shooting style is a mess.  You have changed everything and your pal target panic is still hanging around.  So now you have a bunch of new bad habits besides target panic.  This in my mind is a no-no.

Here are my thoughts on this subject.  First of all let me give some credit to people who showed me the importance of the mental side of archery.  The first to do so was the late, great Al Henderson.  He was an Olympic coach and wrote a column in an ARCHERY magazine when I was a kid.  Al was big on getting his shooters prepared mentally.  He would work with them to get their mental game strong.  Years ago I read his “Understanding Winning Archery” and advise any archer to get and read it.  You can find it at Glenn Heldgeland’s “Target Communication” website.  It’s not expensive and is still good reading.  Although I have not had occasion to read Al’s book lately, it had a big influence on my shooting and I advise anyone to have a copy in their library.

The second person to help my mental game was Dr. Wyatt Woodsmall, a “mind coach” who specializes in NLP.  What in the world is that you ask?  Nuero Linguistic Programing.  Woodsmall specializes in getting inside a master athlete’s head, finding out what his/her mental processes are, and then helps teach that athlete how to best utilize the mind in competition and performances.  He can also pattern a champion’s mindset and then have a novice performing very well just by using the champion’s mental processes.  It sounds difficult to understand and since I am no expert I hope I can explain it for you.  I will try.

That paragraph was difficult for me to write.  I want to do NLP and Woodsmall justice and without being a coach myself, I simply had to try and explain it the best way I could.  I hope it helped.  Anyway, using the mental aspects of shooting is how you can kick target panic.  I first met Dr Wyatt Woodsmall in 1990.  I was in a slump and was having difficulty shooting well at my shows.  I had just did a lousy performance a few weeks earlier and was in a real slump.  So I get a phone call from a friend, Dr. John MacCallum who mentioned he had someone he wanted to bring by to meet me and shoot a few times.  So a few hours later we were in my parent’s retail archery store in the indoor range.  They asked me to shoot a few shots for Wyatt.  I did and was nowhere near the aspirin.  I missed by six inches.

For more info on my exhibitions visit www.frankaddingtonjr.com.

For more please go to: Straight Shot/Straight Talk and  www.frankaddingtonjr.com

Be Done with Wet