Off Season Challenge- The Rest of League! 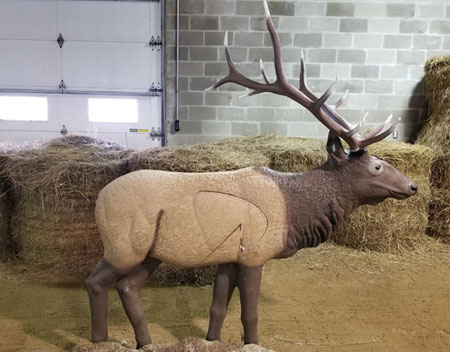 It is just crazy to think that it is the middle of April and snow is still falling as if it were January. The archery league I was shooting at Conneaut Creek Outfitters has come to successful close. In the first part of this article I closed at week four. A great deal has happened in the remaining 6 weeks of the league.

During the first 4 week of the indoor 3-D league my new Athens Ascent and Black Eagle Challengers performed flawlessly. With any new setup there will be a learning curve. In the first 4 weeks I shot:

I was outpacing the group of 8 other shooters in my class but not being completely happy with my scores I put  in a little extra work in at home on my off nights. I would go into my basement and practice shooting at close range, focusing on letting the pin float and getting a solid release. The more time I spent with the bow in my hand the better it felt. My shooting and my scored remained consistent for the remaining 6 weeks.

Conneaut Creek Outfitters does a great job of rotating the targets and moving them around. During week 5 some new targets were introduced. One of my least favorite targets had to be the squirrel. I found this target to be very difficult to judge and find the scoring rings. Even with the help of binoculars it was a struggle. During the week 5 shoot they had the squirrel just about 24 yards. I set my sight, let the pin float and watched as the arrow hit the 11 ring. I was so excited to see that 11. For week 5 I shot a 379 with 19 x’s. 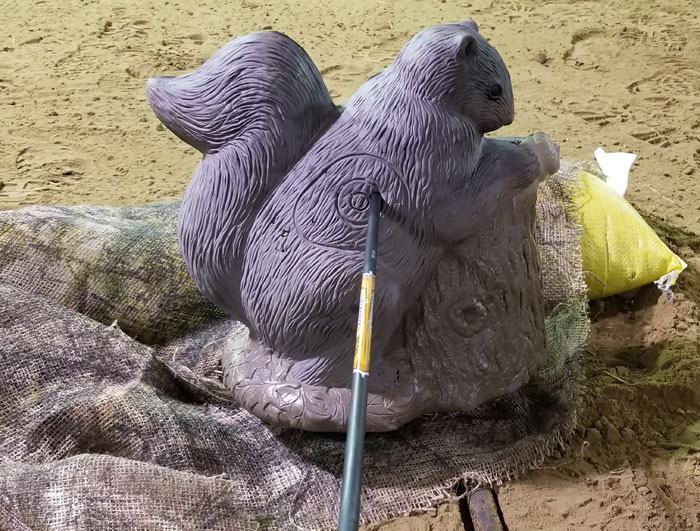 Weeks 6, 7, and 8 went smoothly as well and I was having great success with seeing the targets. My scores for those weeks were:

Again, I found the time to practice a few nights between each week of league. The Ascent was just performing fantastically in my hand. 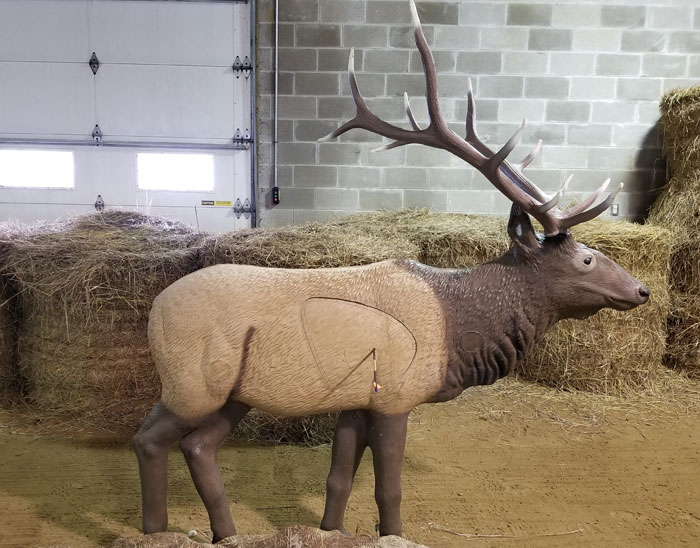 Leading up to week 9 we were getting a lot of snow. I was shoveling the driveway a few times a day and the snow was heavy and wet. The evening before I was to shoot week 9 I put my lower back out. I knew that if I missed a week of league that I would fall behind since I was only 10 points ahead of the next person in my class. I needed to stretch out and make sure I was ready to shoot the next day.

I arrived at league that evening not sure how well I was going to shoot. It was time to suck it up and shoot. I figured the Ascent would be difficult for me to shoot but it was not. The smooth draw and the fact that the holding weigh was minimal made the night bearable. With my friend Tim Case giving me a few pointers before I started shooting I felt confident that the night would go well.

Tim recommended that I focus more and relax. Once I started to shoot I was able to maintain my focus and the relaxation part came easy.  It took me a few extra minutes between shots but I had to slow everything down so I wasn’t in constant pain. My score for the night reflected my adjustments. I shot a 378, not my highest score but my x count was 20! Of course Tim had to rub it in a bit and remind me that I just need to slow down and relax when I shoot. 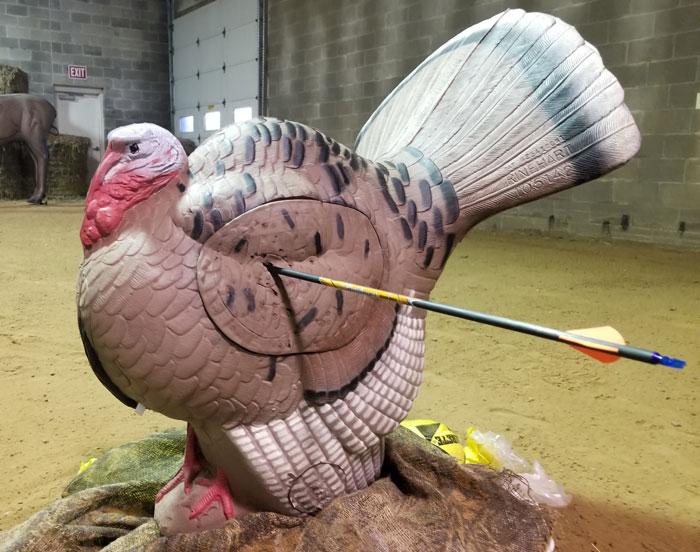 Going into week 10 I was still 10 points ahead of my opponents but I also learned I was 1 point behind the top shooter in the Unlimited Class. Taking Tim’s advice from week nine and applying it during week 10 paid off. Slowing down, focusing more and relaxing helped me shoot a final week 379 with 19 x’s. I was hoping that would be enough to give me the win. My 10 week totals were a combined score of 3,769 with 178 x’s. My average was 377 with 17 x’s. Pretty good with a new set up and a new shooting facility. 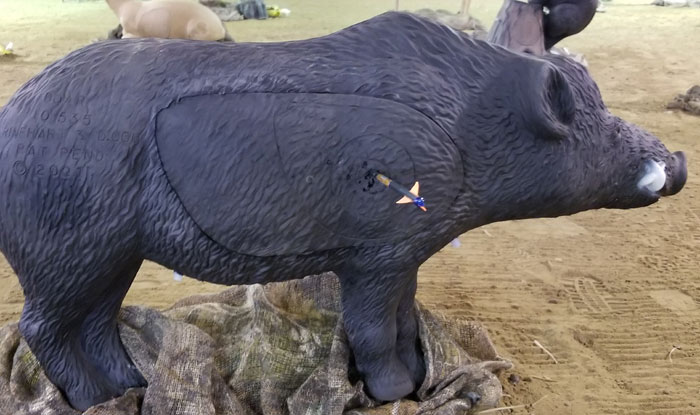 Waiting the week to hear how the league went had me on edge. I felt confident that I would come out on top but I was also interested to see if I was the top shooter. Finally, almost through the week Conneaut Creek Outfitters posted all of the winner and the final scores. I was pleased to see that I won my class but came up 2 points shy of being top shooter.

With the league over I am now excited to get out and shoot some outdoor 3D. If Mother Nature will quit punishing us, I might be able to get to a few shoots in the month of April. As I write this article I am trying to decide if I should head to Kentucky for the IBO Spring Nationals. I am going to have to check the soccer schedule and see if I am free that weekend. I don’t know what this spring will bring but I am confident that when I step outside to shoot 3D my Black Eagle Arrow Challengers and Athens Ascent will be ready.

If you want to know more about the Athens Ascent, please check out the website: www.athensarchery.com . Some quick information about the Ascent:

The Ascent is a solid limb bow that is a dream to shoot. You can get the riser in 9 different colors and select from 5 different limb patterns. You can find a dealer on the website if you want to put your hands on an Athens Bow.

As for arrows, the only ones flying out of my bow are Black Eagle brand.

Fred Bear And The Compound Bow