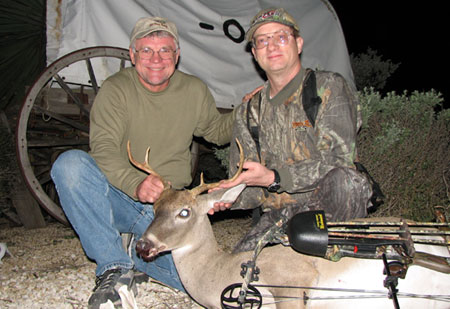 Most of the bucks growing up on your whitetail property are not locals. New GPS studies are revealing that these new guys on the block have moved in from far away. We call it buck dispersal and it may be the most intriguing dimension of whitetail science.

One and half year-old bucks are breaking one of my basic business principals which is, “Don’t burn bridges…you may need to circle back.” It appears that when yearling bucks leave their maternal home ranges they never return. It is natures way of mixing the gene pool.

Why do they make their move? Well, it seems that 70% of yearling bucks do disperse and move to establish a new home range. A Pa. study revealed a lot. The researchers collared 363 yearling bucks and tracked them. 40% dispersed in the spring, prior to the mama doe having that year’s fawns. This typically occurs after hazing by their mama. But 57% of the dispersion occurred in September/October when they were pressured by resident adult bucks to move on.

In Pa. the yearling bucks in forested areas moved about 5 miles but the bucks in farmland dispersed at least twice that distance. Some yearlings really traveled. In Illinois, with open farmland, the dispersal distance averaged 20 miles, and one buck in SD traveled 131 miles.

If you are interested in buck management a study overseen by Dr. Larry Marchington is of interest. He learned that with significant adult doe harvest influenced dispersal. Yearling bucks without a mama doe tended to not disperse at all. Only 9% of the yearlings made a move to a new home range and 85% of he yearling bucks stayed in their home range. That means the gene pool was static but you were now growing many of your own bucks.

This means that under normal management the ancestry of your resident bucks may be from neighboring farms or even counties.