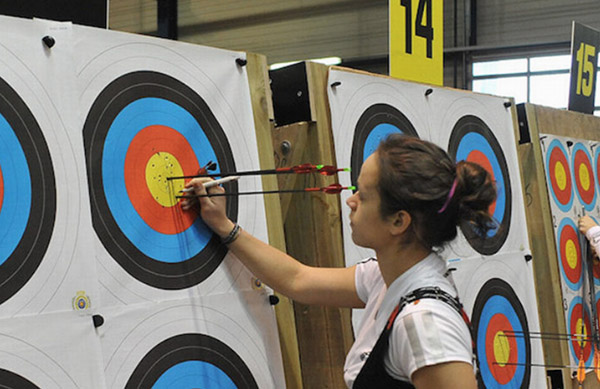 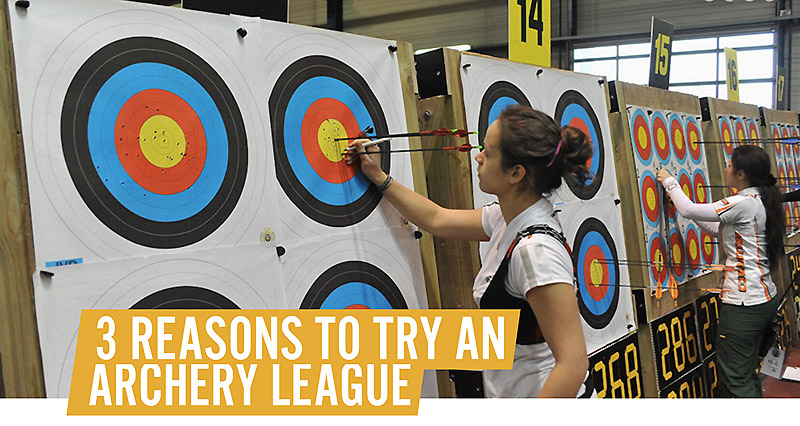 Shooting a bow is fun and relaxing, making it a great way to spend mornings, afternoons or evenings. Plus, you can shoot arrows in backyards, at indoor targets, or on outdoor ranges.

But if you’re looking to get even more out of your sport, don’t overlook archery leagues. They add friendly competition to the fun as you socialize with other archers and improve your skills.

JOIN A LEAGUE TO COMPETE A league is a weekly competition that goes on for several weeks or months and is hosted by an archery store or indoor range. Leagues are usually held on weekday evenings, so it won’t interrupt your weekend plans. Photo Credit: oakridge-archery.com

Archery leagues are weekly competitions that span several months, and they’re offered at archery stores and ranges — indoor and outdoors. Most leagues are held on weekday evenings, so they won’t interfere with weekend plans, but some are held weekday mornings for retirees and after school for students.

Leagues are great introductions to competitive shooting because they’re not as serious as certified state, regional or national tournaments. “It’s a very relaxed environment,” said Jeff Buttolph, owner of Shooters Archery in Beaverdam, Virginia. “We don’t get too serious because leagues are supposed to be fun.”

Buttolph’s shop offers a weekly league night for its customers. By being fun, social and competitive, his leagues are beginner-friendly.

JOIN A LEAGUE TO MAKE FRIENDS 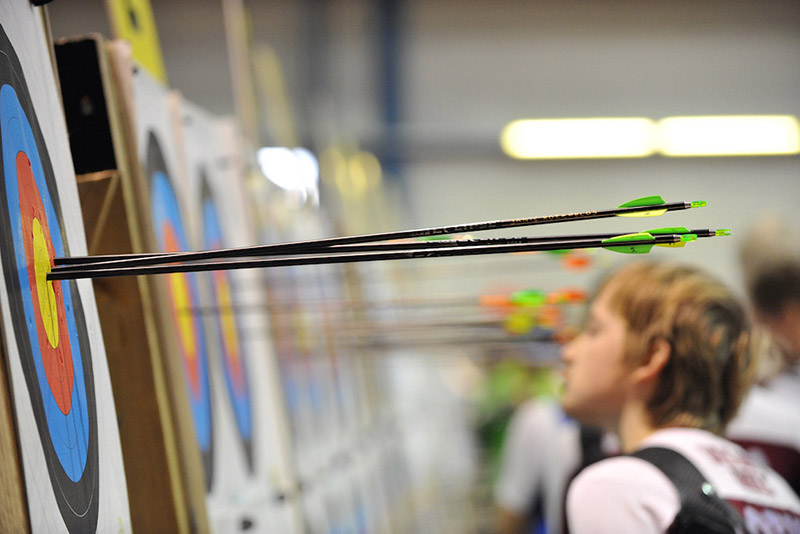 Many archery leagues are organized to create a level playing field for new archers. New archers can compete with an experienced pro or even beat them. Team competitions or a scoring system are similar to grading on a curve. Photo Credit Juris Presnikovs

In fact, many leagues are organized to create a level playing field for all archers, no matter their skill level. Yes, new archers can compete against experienced pros. Sometimes they even win. League organizers create parity through team competitions or “handicapped” scoring systems, which basically grade all archers on a curve.

Buttolph features team competitions. “We shoot the first two nights for score, and then pair the top-scoring archers with the lowest-scoring archers on teams,” he said. “The two-person teams stay together for the entire league, and the beginner gets to learn a lot from their teammate.”

No matter how your league is organized, you’ll meet the many friendly people who make up your archery community. You’ll probably even walk away from your first league night with new friends and free advice.

JOIN A LEAGUE TO IMPROVE YOUR SKILLS Leagues can help you learn from other archers and the competitive experience. An easy way to find out if there are leagues near you are to ask your local archery shop. Photo Credit: Juris Presnikovs

If you’re striving to get better, leagues help you reach your goals. You’ll learn from the other archers’ insights, equipment choices, and competitive spirit.

“If you look at their scores at the beginning and at the end, there’s a definite improvement,” Buttolph said. “There’s a lot of help at a league. Everyone is in it to help each other, even if they’re not on the same team.”

HOW DO YOU GET STARTED?

Joining a league is easy. First, call the nearest archery store or visit its website to learn if it hosts leagues. If not, they might know of one nearby. Once you locate your league, sign up and mark your calendar. Also ask the organizer about the league’s rules, format and how many arrows you need. Don’t be afraid to ask questions. They’re there to help you.

One thing you’ll quickly learn about archery is that it’s a big community. Archers are friendly people by nature, and they’re excited to meet you and help you excel. Join them for league night, and discover the fun of competitive archery.

From Archery 360 written by  Scott Einsmann