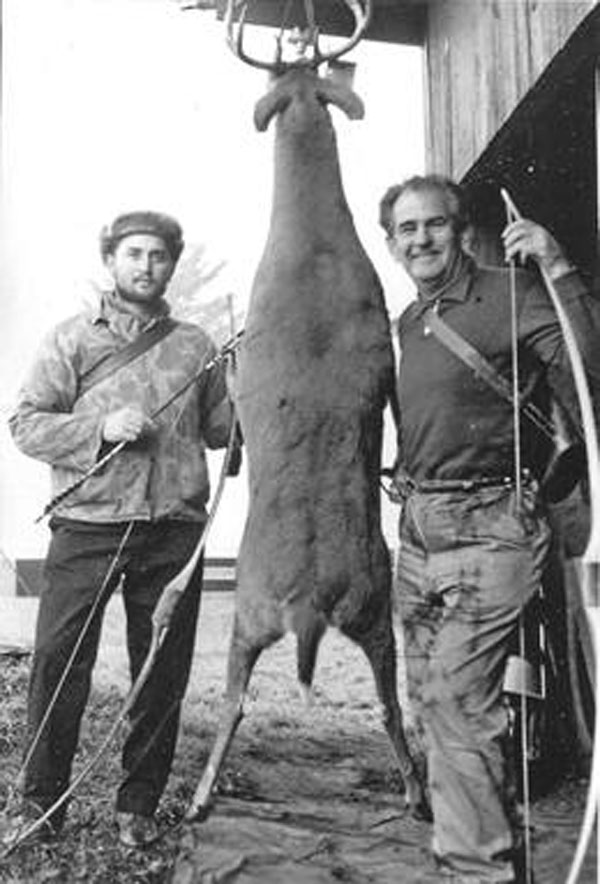 BOB SWINEHART AND HOWARD HILL were friends and notable 20th Century bowhunters who left a lasting mark on the sport. Each man wrote memorable books that detailed their hunting exploits in Africa and North America.

AS AN ADMITTED ADDICT of bowhunting history and trivia, I like to occasionally pose questions about the sport in my columns and articles. The goal is to challenge my readers’ knowledge of important bowhunting milestones and certain documented accomplishments of notable bowhunters. Such nuggets of information about the sport and its trailblazers add to the rich fabric being woven year after year by sportsmen and women who willingly accept the challenge of hunting the hard way.

Following are 20-plus very easy, more challenging, and downright difficult questions for your consideration. Enjoy, learn, and remember.

6. In 1966 Holless Wilbur Allen was granted the first patent to produce “an archery bow with draw force multiplying attachments.” Name the creative man who sketched designs for a mechanical compound bow in the 1930s.

7. What famous bow maker crafted his first bow and arrows in 1927 by following directions published in a Boy Scouts of America magazine? Hint: He launched his own archery company bearing the family name in 1931.

8. Name the California man who started making bows and arrows in his garage in 1922 and by 1939 was manufacturing aluminum arrow shafts bearing the family name.

9. Who was the Michigan bowhunter who was Fred Bear’s lifelong hunting companion and what was the name of his autobiographical book tracing Papa Bear’s memorable hunts?

10.The last survivor of the Yana or Yahi Indian tribe was captured in northern California in 1911. He was given the name Ishi by Dr. Saxton Pope and others who studied and befriended him. What does the name Ishi translate to in English?

11. Name the Alaskan serial killer who once claimed the Pope and Young World Record for Dall’s sheep.

12. A protégé of the legendary Howard Hill, Bob Swinehart is credited with being the first American bowhunter to collect Africa’s Big Five with a longbow. True or false? Also, what was the name of Swinehart’s 1970 book about his African adventures.

14. Name the West Virginia bowhunter and member of the Archery Hall of Fame who has served as Bowhunter Magazine’s Conservation Editor since the first issue was published in 1971.

15. Name the bowhunter who designed and produced Muzzy broadheads in the 1980s. Also, what is his connection to noted traditional bowhunter Fred Eichler?

16. Bill Wadsworth is recognized as the “Father of Bowhunter Education.” What name did he use for his book of bowhunting tips? 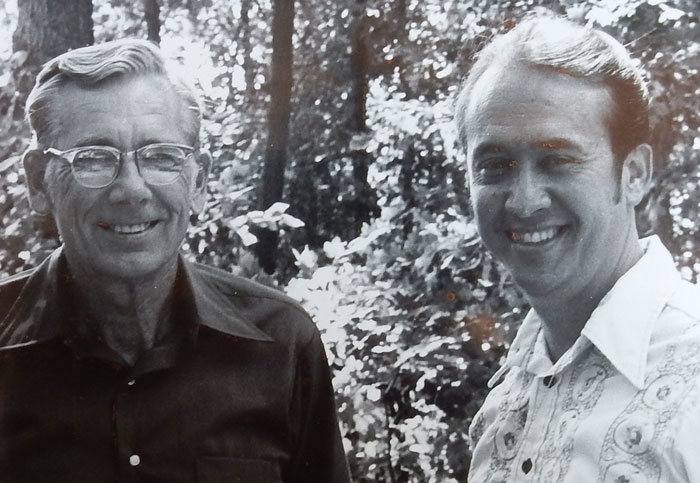 BILL WADSWORTH WAS KNOWN as “The Father of Bowhunter Education” and we worked together to spread the gospel of safe, responsible bowhunting. Bill authored and edited books and pamphlets for use in Bowhunter Ed classes. Do you know the name he used in his “Tips” booklets?

17. Who is the first bowhunter to collect bowhunting’s Super Slam using longbows?

18. Pope and Young Club founder Glenn St Charles was affectionately known by what nickname by many of his P&Y friends and Club officers?

19. What woman bowhunter has held the World Record title for Quebec-Labrador caribou since 1984? Hint: Fred Bear was Best Man at her wedding.

20. Name one of Howard Hill’s books and feature films.