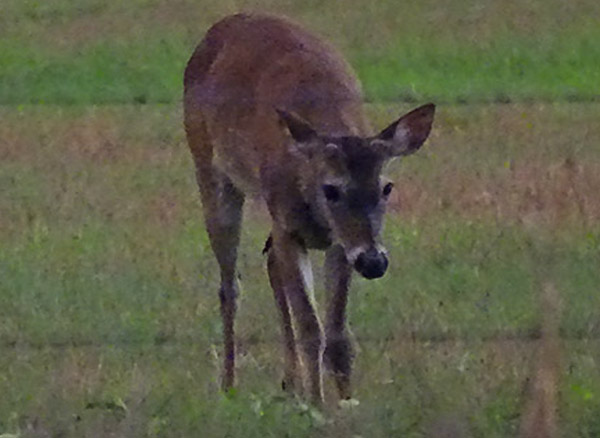 In the morning this time of the year I like to watch a 20 acre field of native grasses and always see a few bucks in very the first stage of antler growth. The field’s edge is fenced with 5 strand barbed wire and it’s 60 yards in front of my hiding/picture place. The first deer of the day were these two bucks wearing the bulbs of beginning antlers. 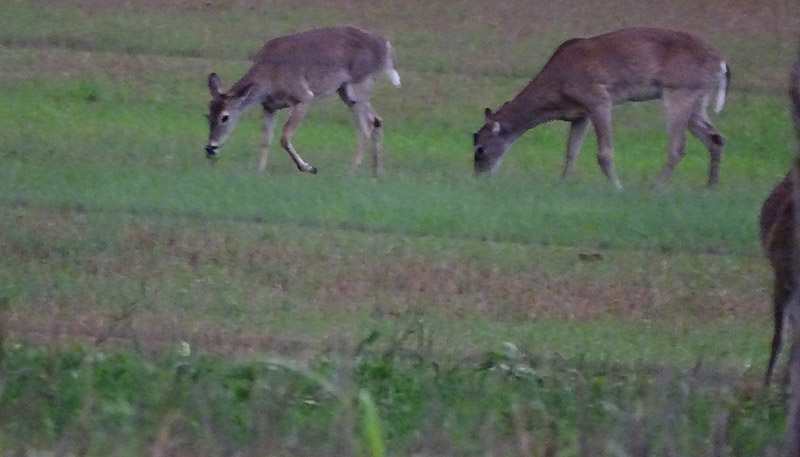 A doe was to their right and I took its picture  as one of the bucks started behind a tree. 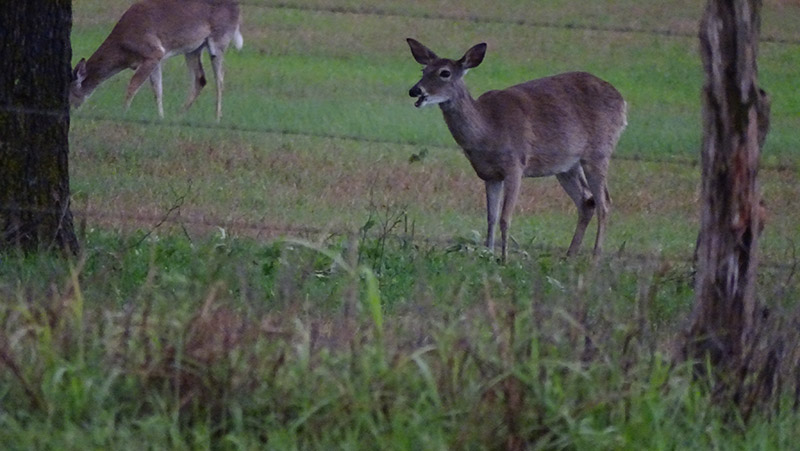 Meanwhile, on my side of the fence two does went yo work on some new growth oak leaves. 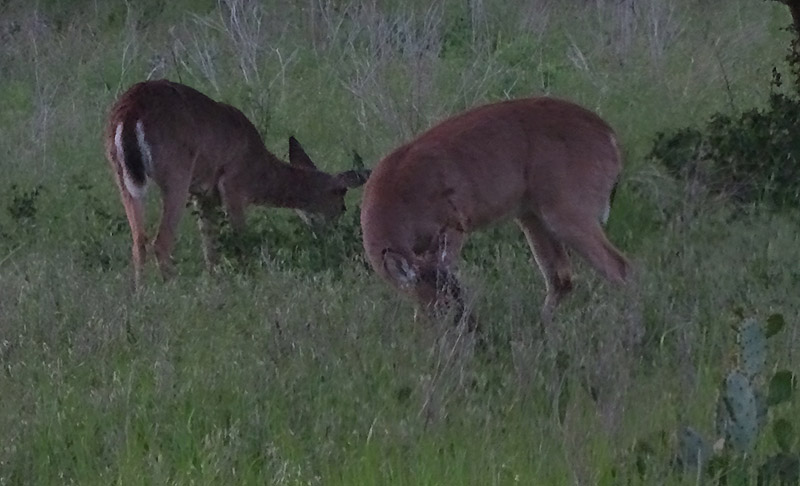 They were heavy hitters on the leaves and weeds. The neck on the doe on the right is either scared or bugged up. 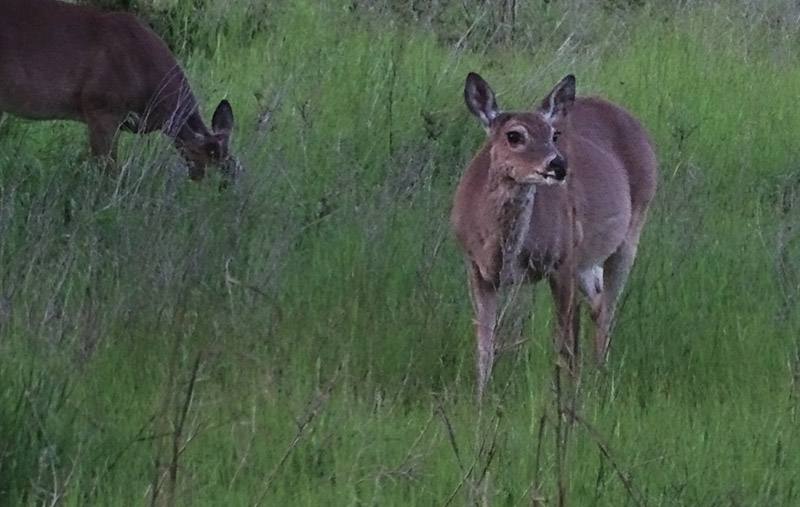 Here is a closer pic of the doe’s neck. The sun was bright when I took the picture below. 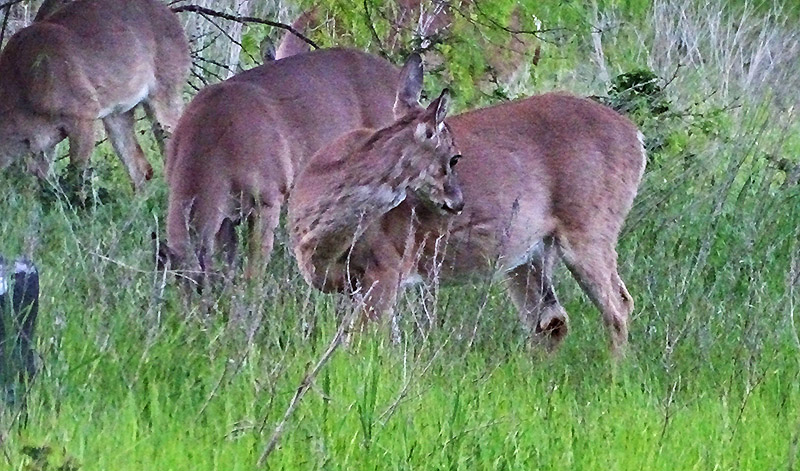 But the bright sunlight didn’t last for long, the sky clouded up and dimmed the area. After awhile a doe approached the fence and looked around. Then she hopped the fence and walked past me on the left. 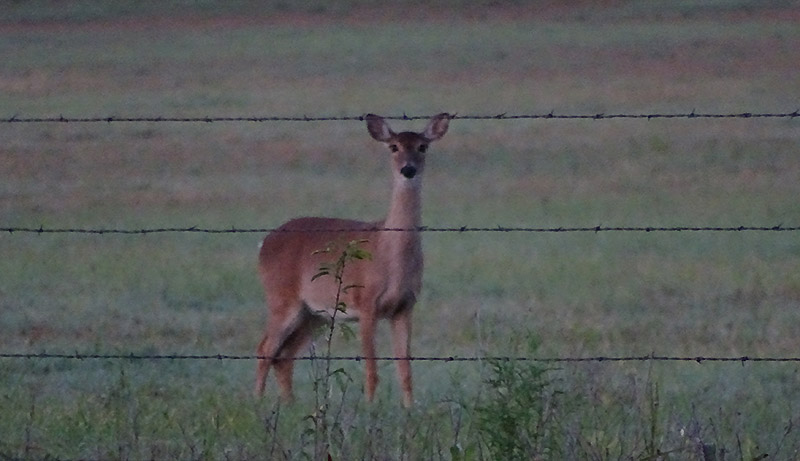 Another doe came along the fence and I got its picture. 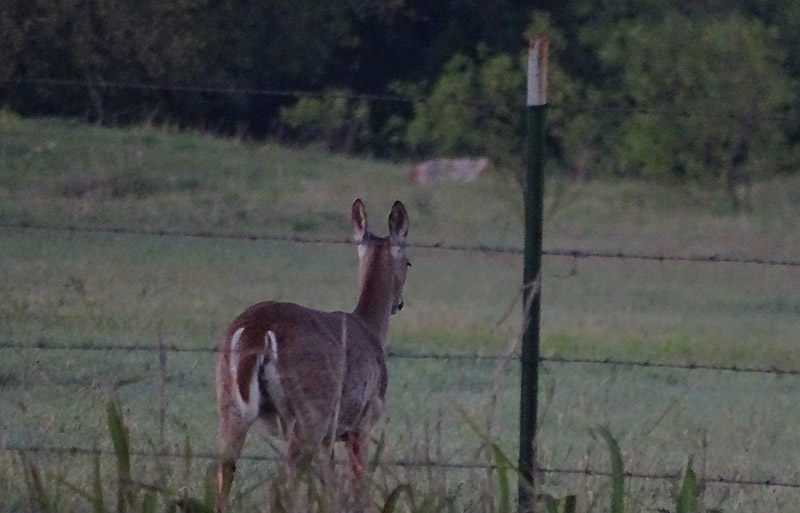 Once again the sunlight brightened up and a doe came along the fence from the opposite direction. Some oak leaves new growth caught her attention and she took a break for brunch. 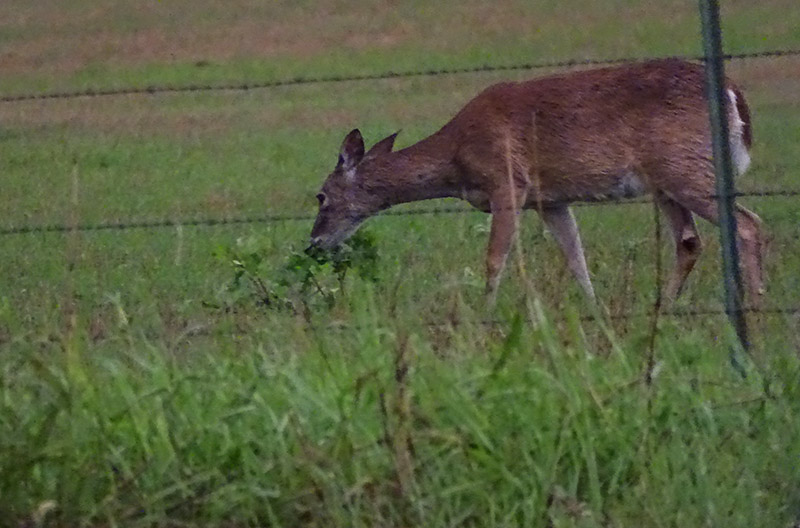 Our last guest was a bulb head buck that came up top the fence. 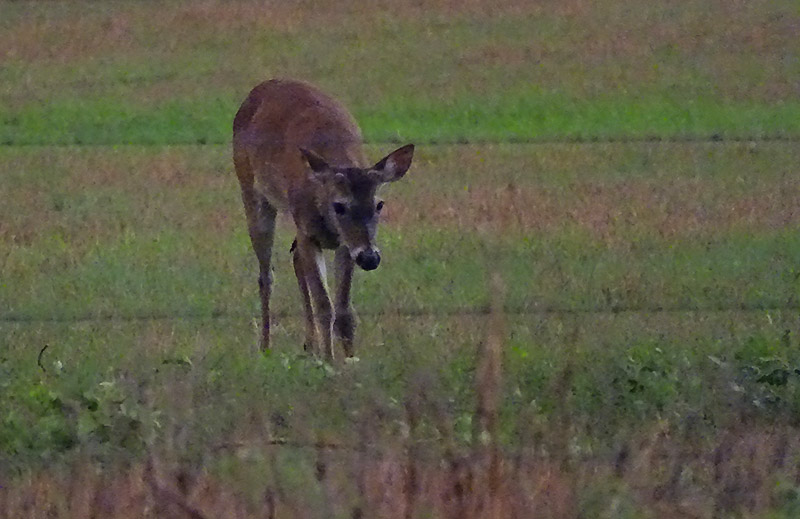 Notice the swelled up left knee of the bulb head buck. 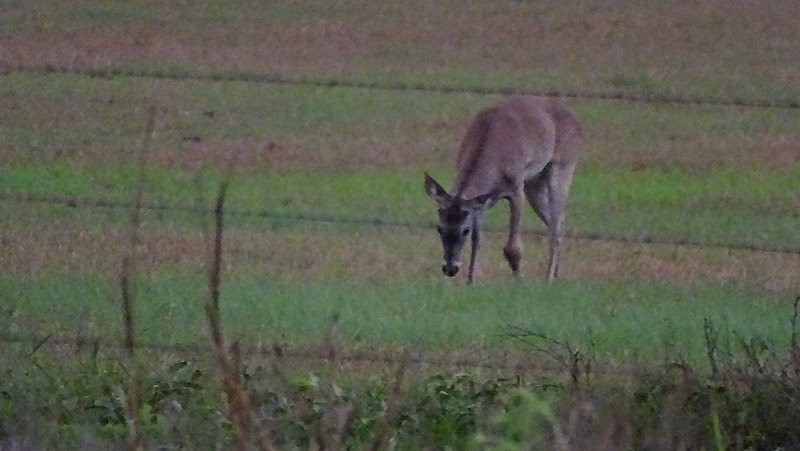 He meandered left and right and in ad out and I took a few pictures of him. 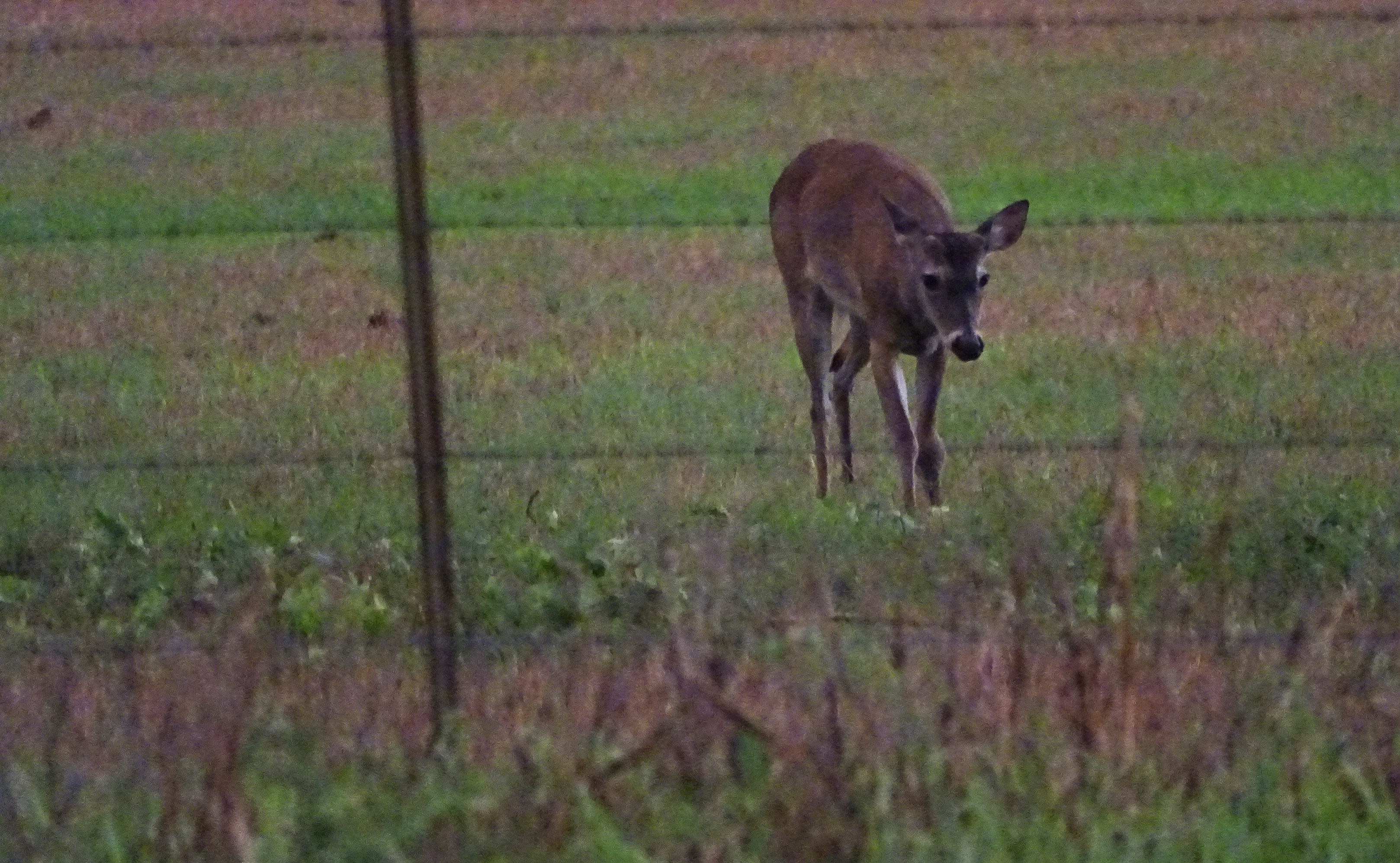 The swelled up knee does not affect the buck, he walks just fine.

I WANT TO BE A BOW HUNTER TOO!