I WANT TO BE A BOW HUNTER TOO! 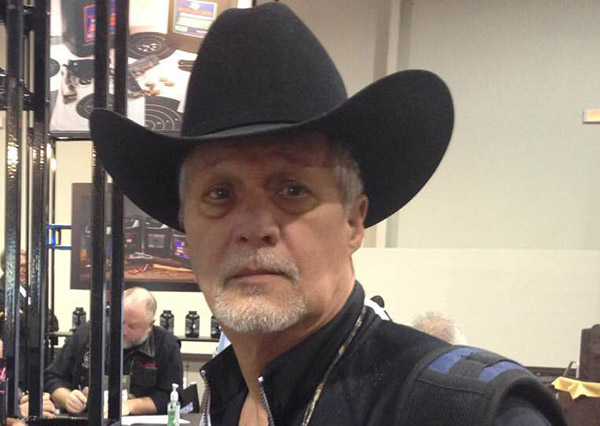 It was a normal morning at my bow shop and I was working on making a new string for a customer’s bow when I heard the bell on my front shop door. As I looked up, my eyes focused quickly on a lovely red headed lady carrying a bow, which was not out of the normal, coming into my shop.

What really caught my eye were the several long red marks across her face and arms that looked as if she had been tied to a whipping post and worked over with an old time buggy whip. After gathering my thoughts as to what caused all the marks, I noticed the bow she was carrying was in pieces; both limbs were off the bow and strings were hanging in every direction.

Being the intelligent bow repair guy I am, I made a quick comment, “Looks like your string broke on ya”. Well to my surprise, “Nope,” was her quick answer. I was afraid to ask about all the red marks on her face and arms, figuring it was impolite to ask. I had to say something, though, and I did. Then the real story came out and it was one I had not heard before, so here is her story as it was told to me.

“My husband was informing me that he was headed to the hunting camp again this weekend to bow hunt, and I made the comment I would like to go along. I do hunt, but only with a gun, and I wanted to go along with him to see if I would like to take up bow hunting since he gets so much more time hunting than I do.

Well, his next comment wasn’t to my liking. He said, “Dear, I don’t think you would like it because you have to wait until the deer are really close, it’s hard to pull back on a bow, we probably can’t find one to fit you, and it will be too hard for you to pull back.” This was not an acceptable answer to me.

I said, “I have seen other women bow hunting, so I should be able to do it”. He responded, “We will talk about it when I get back.” I shot back, “We will discuss it before you leave,” and he said, “No, let’s just wait.” My red hair started standing on end and I made the comment, “If you think you’re going without me, then I’ll cut that bow string and you will not go either.”

He retorted, “Now you wouldn’t do that,” SO I SHOWED HIM. I calmly picked up my scissors and cut that bowstring in two. That’s when all the excitement really started. That bow jumped on me and whipped me before I knew what was happening, and it wasn’t pleasant as you can see by my face and arms. Needless to say, I am bringing you the bow to be repaired, and I want you to show me a bow I can shoot.”

So after holding back the pain in my stomach from wanting to laugh, I proceeded to help her in her new endeavor. I set her up with just the right equipment and gave her a few lessons to get her started. Her first lesson was NOT TO CUT the string in any way. At least she was not hurt or injured badly, which she could have been, not realizing the amount of power in a bow.

Now she has her own bow, and she and her husband are enjoying hunting together. They come by often, and she has killed her first deer, a big doe. She is so proud of herself, as I am for her. One of the treasures in life is being able to share what you do with loved ones, and doing things as a family makes life richer for all of us.

BowFishing Tournaments Are Fun For All