First Big Buck Of The Summer 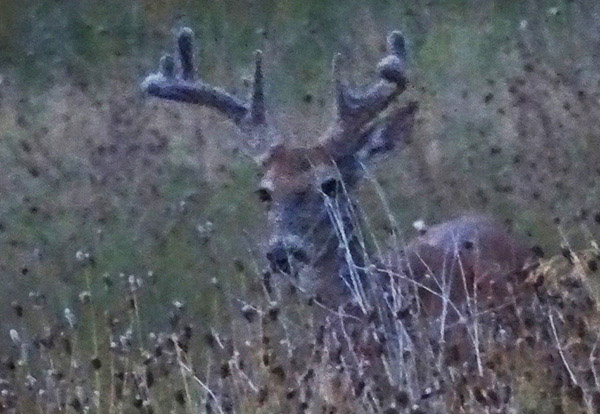 Every Year I See A First Big Buck.

Normally it is later in the year then this, but heck, I ain’t complaining.

To bring you up to speed, my bowhunting buddy the ‘Duck’ was down at the end of last month and he plowed and then seeded my food plot with iron peas. Now the seed has been in the ground for 10 days. Some natural grass is visible in the small plot but so far there are no leafy pea sprigs in sight.

This afternoon I watched the area around the plot and a buck with a nice beginner rack walked right past my blind on the right and went to the plowed area. Apparently I missed some sprigs was eating something in the plot. I got my Sony on him and pulled him in focus to separate him from the big plant growing between us. 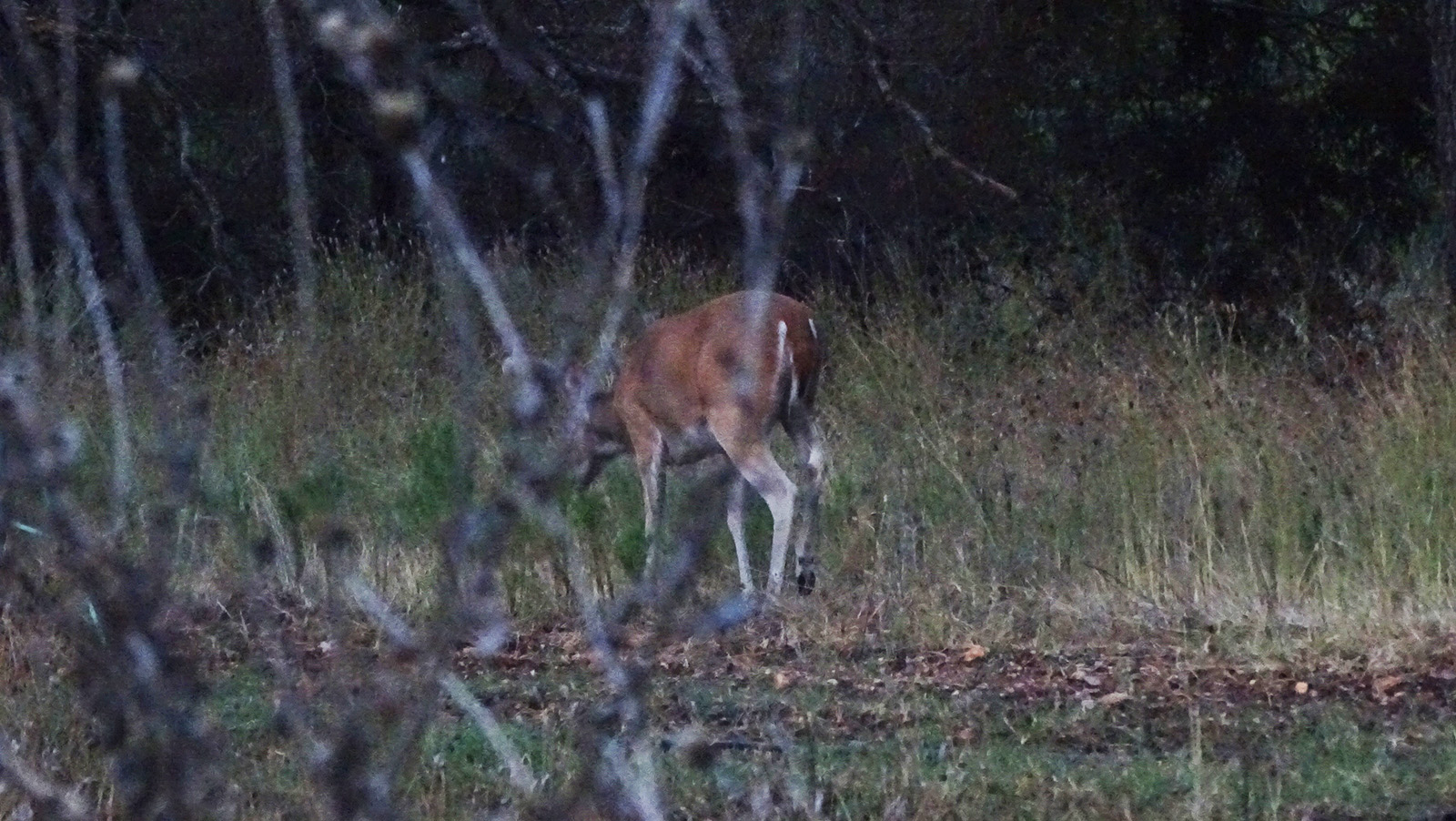 The buck walked the short distance to the surrounding trees and in several minutes he walked out of the trees, coming in my general direction. 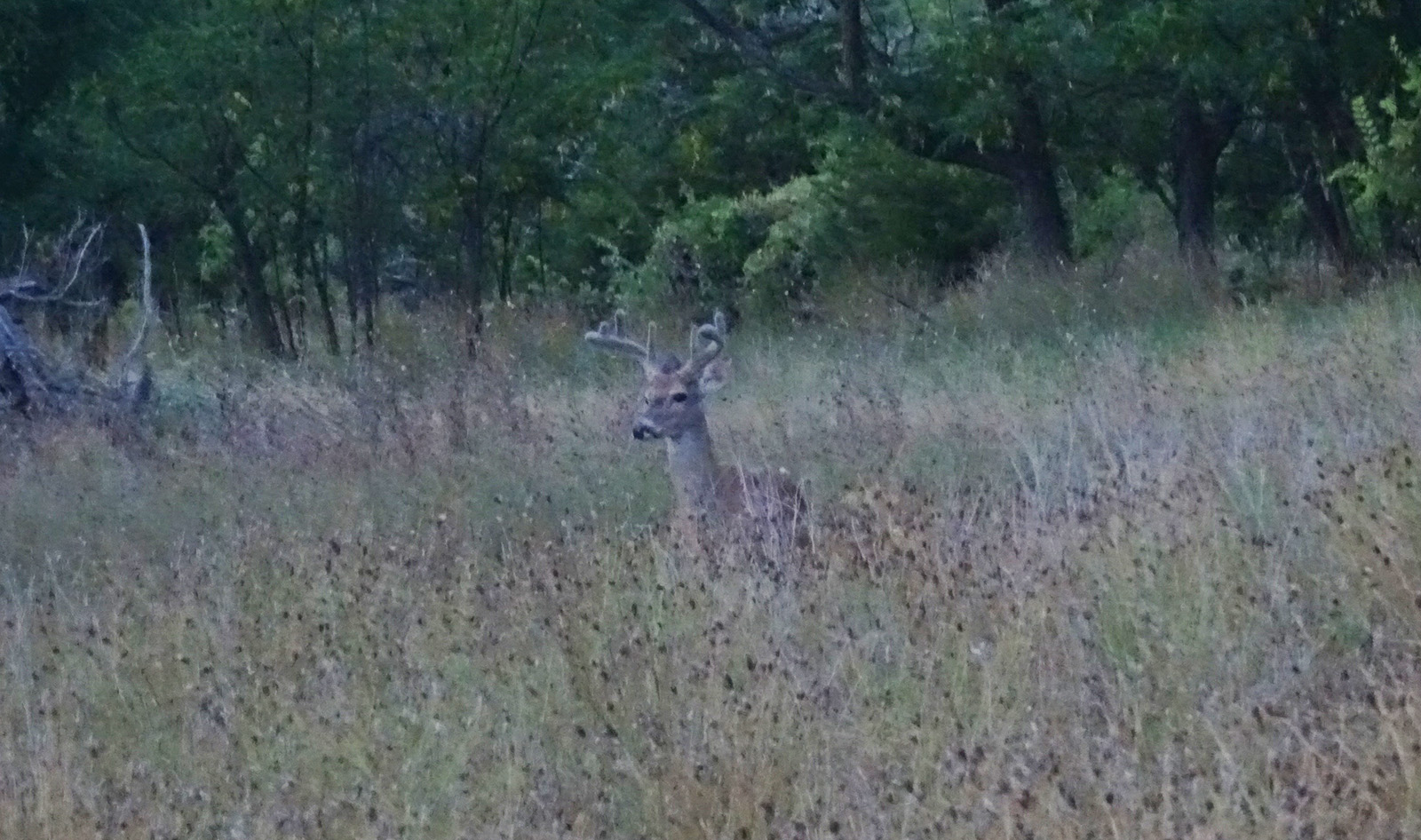 He was steadily getting closer to me and I framed up a picture. His tines are short but that’s how it is here this time of the year. 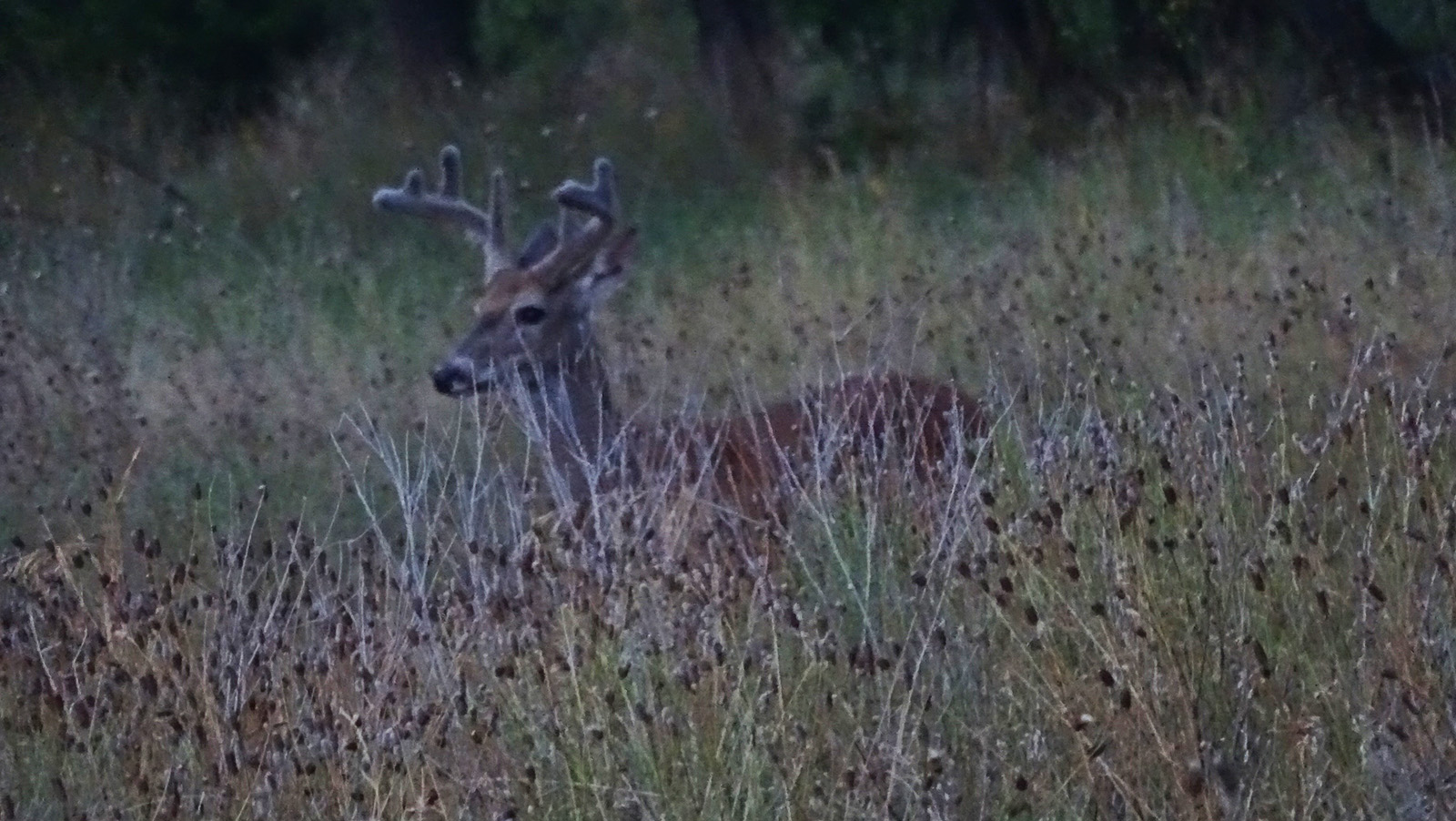 The weeds are almost to his shoulder but he’s easy to keep track of because of what he’s got sticking up out of those weeds. 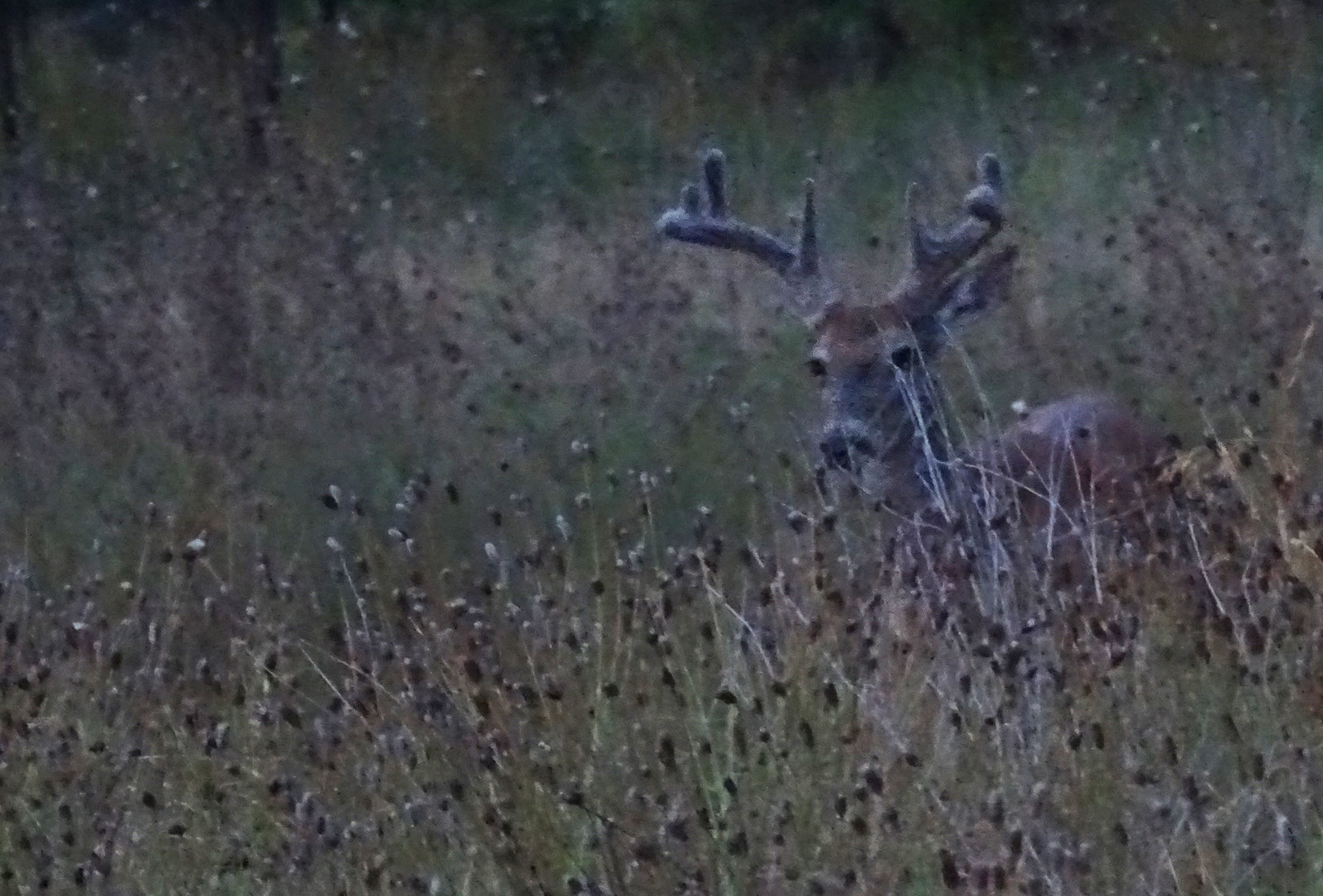 I moved a little bit to get a better picture of the buck. He noticed my motion and slammed on the brakes and checked things out. 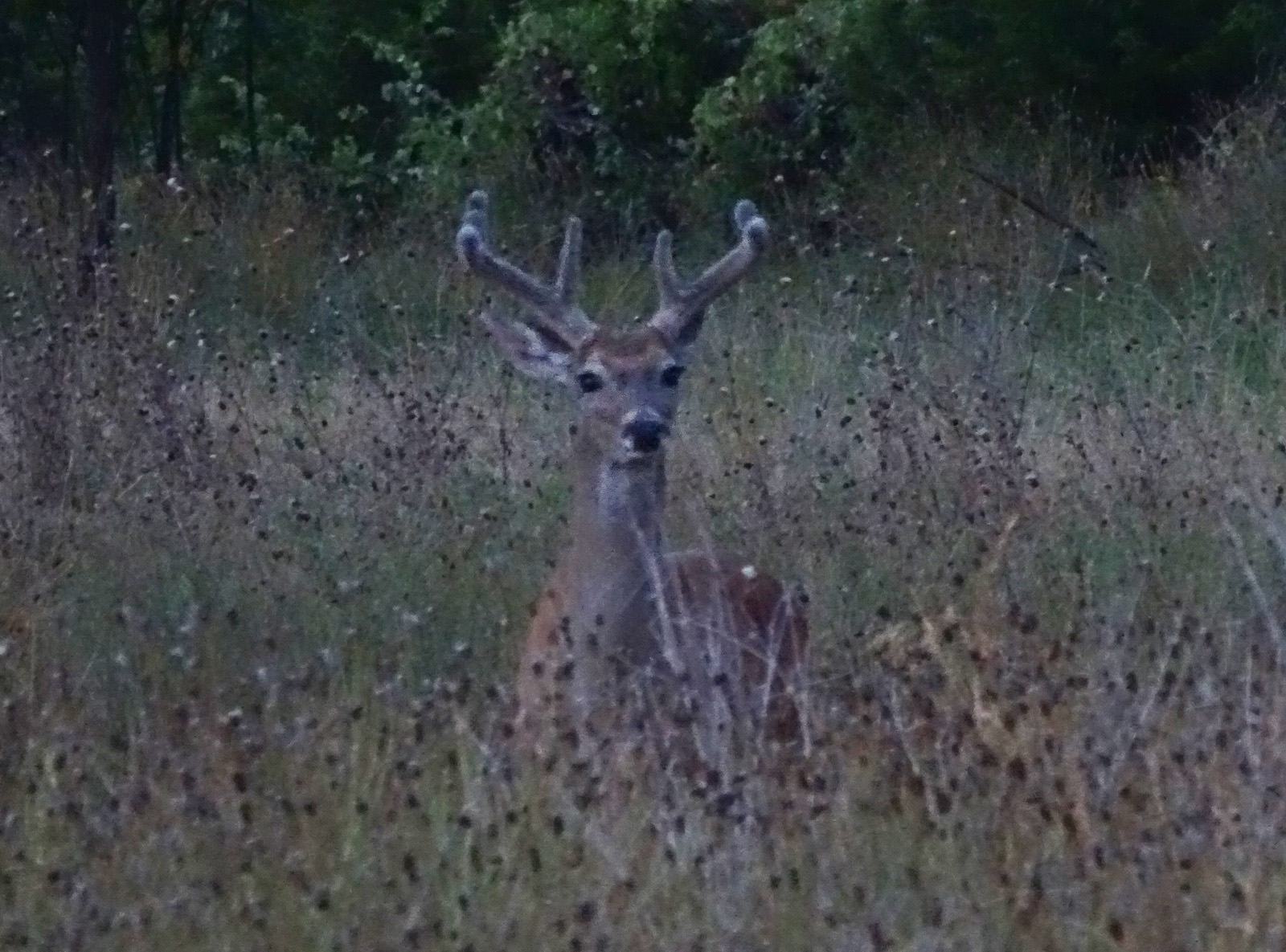 He decided all was well and turned — and gave me another good picture. 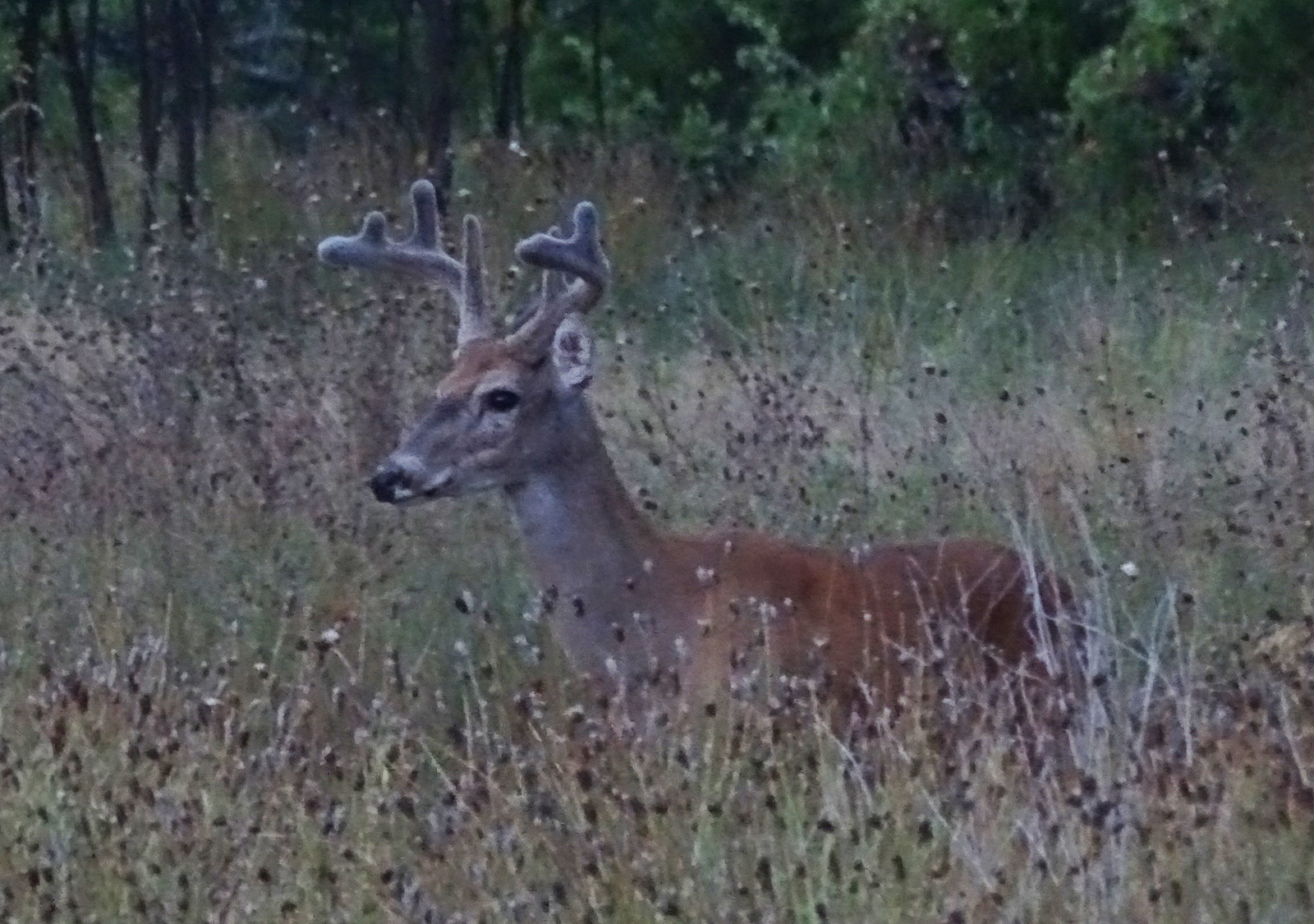 He turned like he was going away but then switched directions and I got another nice picture. 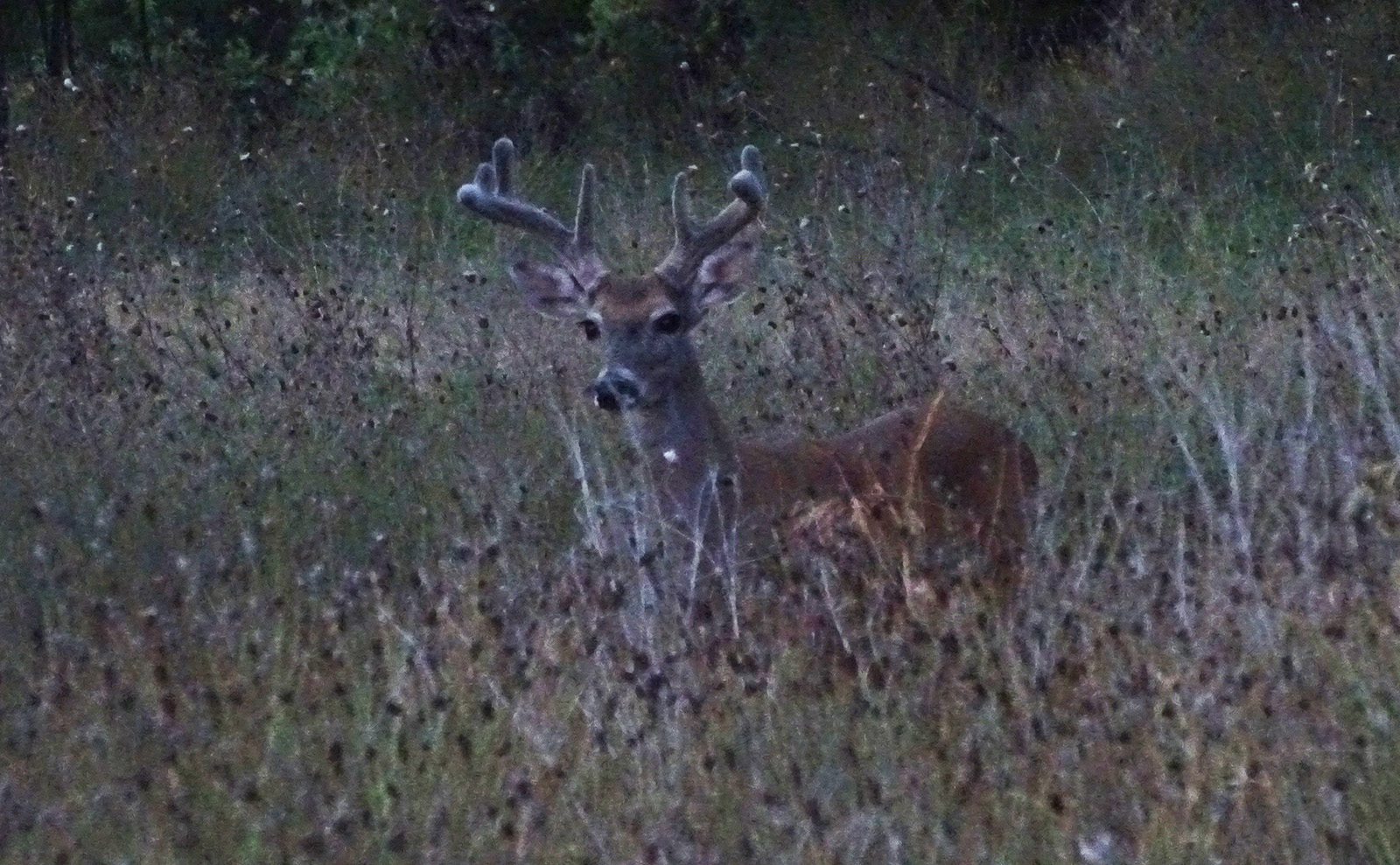 He walked toward one of the main trails that deer use to come and go when they walk by me on their way to the narrow valley in front of where my main ground blind is. 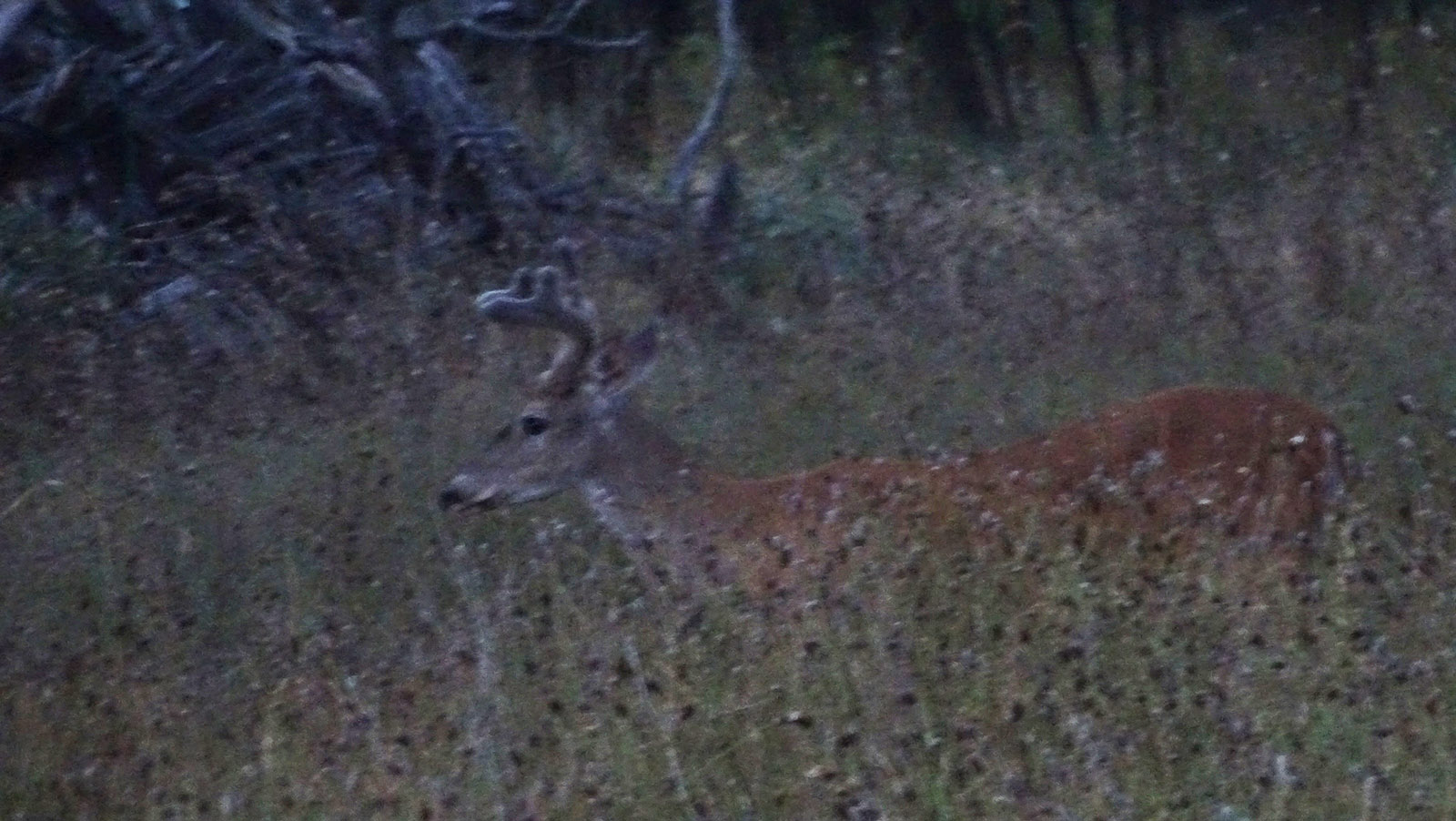 As he walked away dusk was coming in and I waited to be certain he was out of the area before heading back to the house. At this point I can see antler bumps for 9 points. So we’ll see if he gets that 10th point and, who knows, maybe with his early start he might get 12 to 14 inch tines.

We’ll see. One thing for sure, it was a swell afternoon in the deer woods on July 8.

Game Cameras: Tips For Set Up