by Rich Walton
in Bowhunting Posts
0 0
A A
3 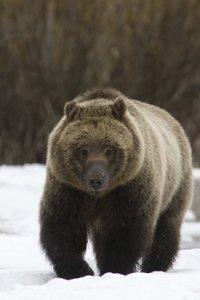 A British Columbia park ranger barely escaped with his life after a harrowing encounter with a grizzly bear. Political pressure ended grizzly bear hunting in the province last year.

In 2017, the hunting of grizzly bears was banned when the Provincial Government ignored sustainable wildlife conservation management and caved in to pressure from the anti-hunting crowd.

Park ranger Jordan Carbery reported that he heard something in the early morning hours and went outside to investigate. He discovered two grizzly cubs in a tree.

The mother charged Carbery when a branch broke and one of the cubs fell out of the tree. The grizzly ripped off part of his scalp and half of his ear, leaving him with multiple puncture wounds.

“She had her eyes locked on me and she was coming for me,” he told The Canadian Press from his hospital bed.

“I instantly turned and tried to get back to the house. I was only 40 feet out of the house. All of a sudden I just got tackled from behind and sent flying.”

The cub’s mother knocked him down and repeatedly bit him. She picked him up by the head and then the thigh.

He repeatedly kicked the grizzly in the face and punched her in the snout in a bid to escape.

The ranger dropped his cellphone in the process so was unable to call for help.

He eventually managed to make it back inside, tracked down his keys and raced back out to his car to drive to the nearest medical facility about 10 minutes away.

If British Columbia continues to take a “hands-off” approach in grizzly management, expect to see more bear-human conflicts. The next one may have a much different outcome.

‘Equalizer’ The Only Release Aid That Increases Arrow Speed

Carry Your Bow - Hands Free With the CLAW