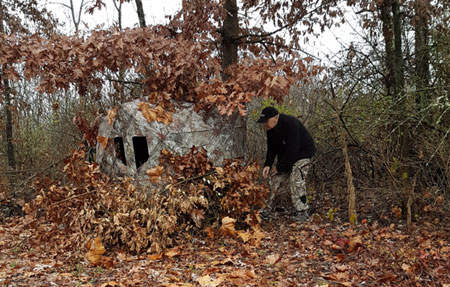 I was first sold on pop-up blinds when my friend and professional Hunter, Dries Visser set up on a leopard kill in South Africa’s Marakalee mountains. His tracker Ben and his crew transformed a pop-up blind into a bush in under an hour. It was so camouflaged that an experienced hunter would walk by it without giving it a second glance. It was a thick green bush. That night Africa’s most canny hunter walked by it and climbed onto a horizontal branch to eat a warthog and got a trip to a taxidermist. Blinds done right are amazing.

I want to share a few set-ups with you to inspire you toward spending the time to make your blinds disappear. Let me begin by saying I have a preference in blinds. It is the line of blinds made by Field & Stream. They are the best in my mind.

So here is a blind that we took four whitetails from in the last two years. Although it is not totally brushed in it is out of the line of sight and situated in some trees and brush. In short it works and we set it up well in advance of the season. The deer got used to it being there and ignored it. 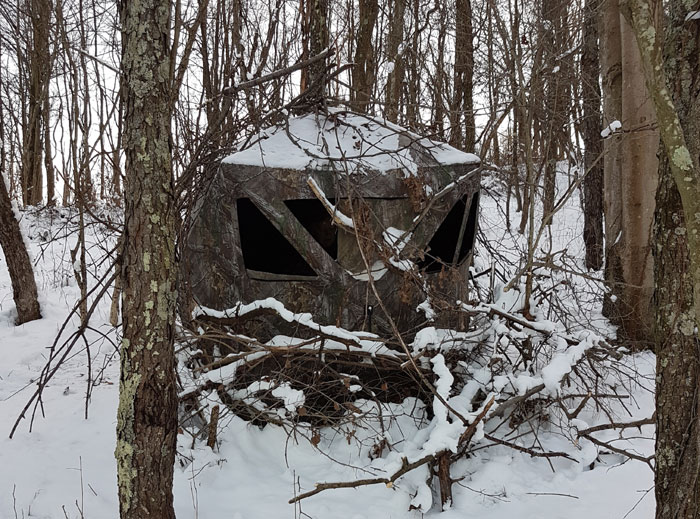 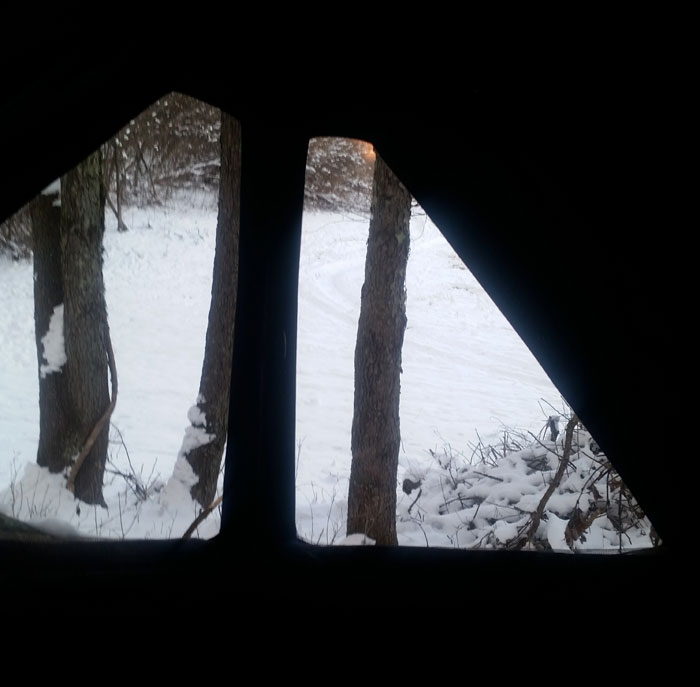 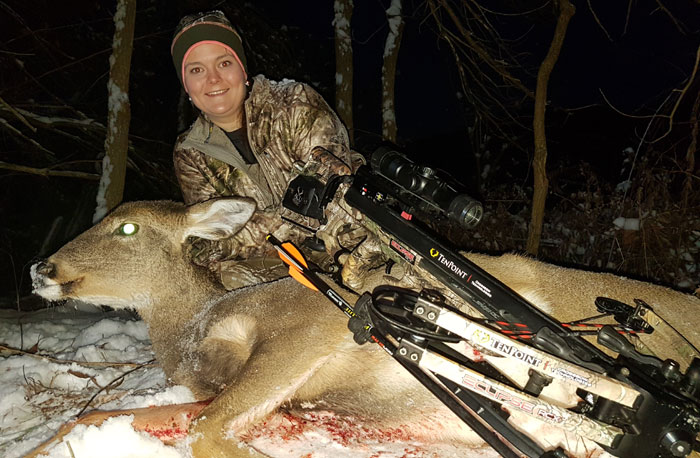 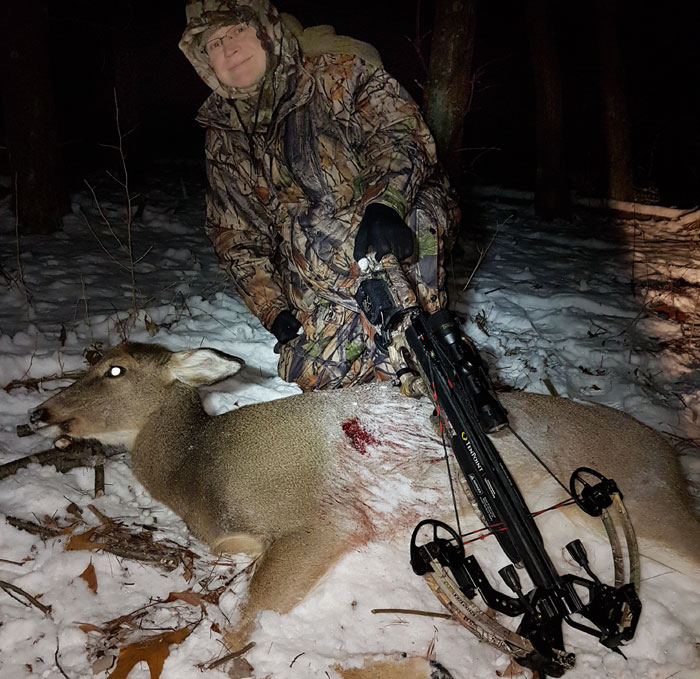 Setting up early and having some trees/brush to break up the blind outline makes a difference.

This next blind is not only a dynamite camo pattern to work with but my friend Robert Hoague is a blind master. Deer and turkey ignored this set-up.

The other trick was to use the mottled shade to blend it into the shadows. After a few days a deer would ignore this blind completely. Shade is a grand benefit and tends to do as much as brushing a blind in. Mottled sun and dark shade breaks up the outline.

There are a few camo patterns that are so tight and busy that they give blinds the look of a dark square box. Avoid these. Shop for a pattern that is made of large random blotches with lots of contrast between the dark and light. These patterns tend to confuse the edge, which is what you strive for.

Eastman Outdoors was the first to cloak their blinds in a dye-cut safari skirt. It was a great idea. Texture creates its own shade definition and is second only to brush ties which allow the hunter to add leafy branches. Draping your blind in brush is the best of all. I even like to let branches hang down across windows. It is easy to clip out shooting holes and even break up the black windows.

This Ohio set-up, in a reclaimed strip mine may be the best I’ve seen. It was selected and hunted by my friend Glenn Halter. Glen set it up and brushed it in among a flat of small white pines and red oak saplings. The blind was in a bottle-neck that led to a corn field only 70 yards away. Glenn is a veteran blind hunter and when I went in to help him find the buck he bowshot, I got to see his vanishing blind. I want you to find his blind in these pics. The blind is in every pic and all of these pics are within a 25-yard bowshot. Find the blind…. 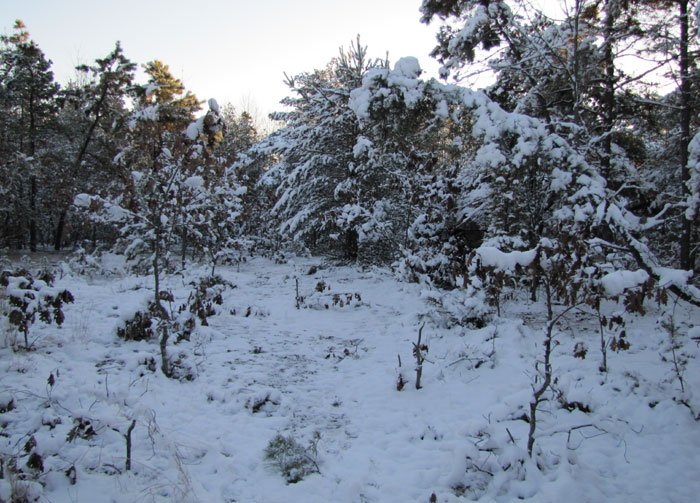 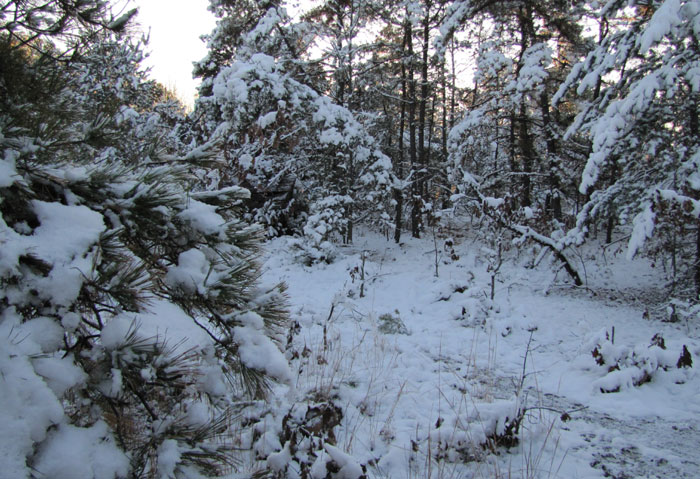 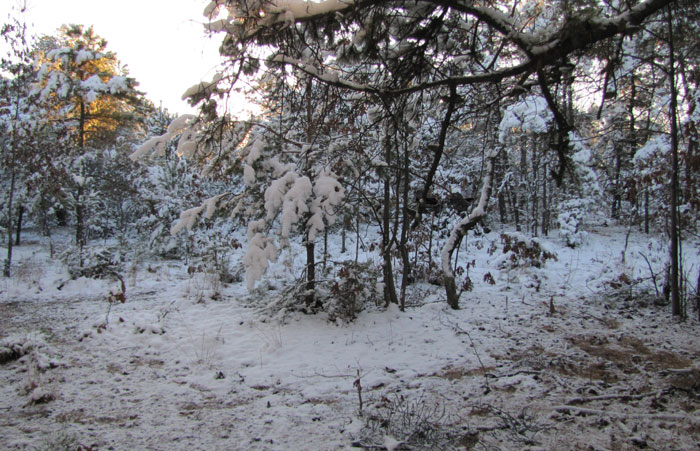 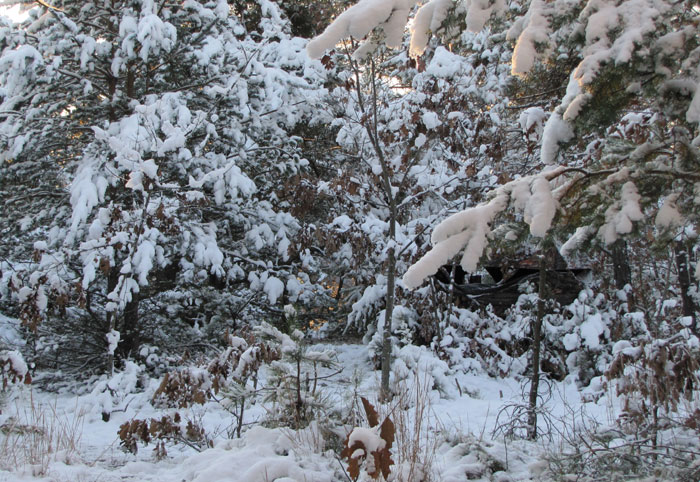 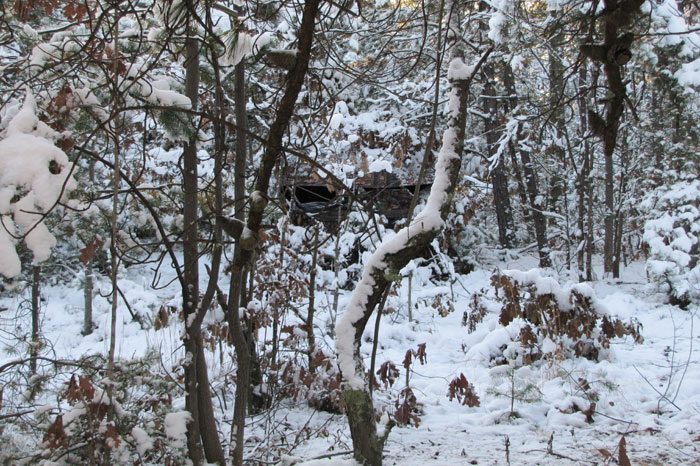 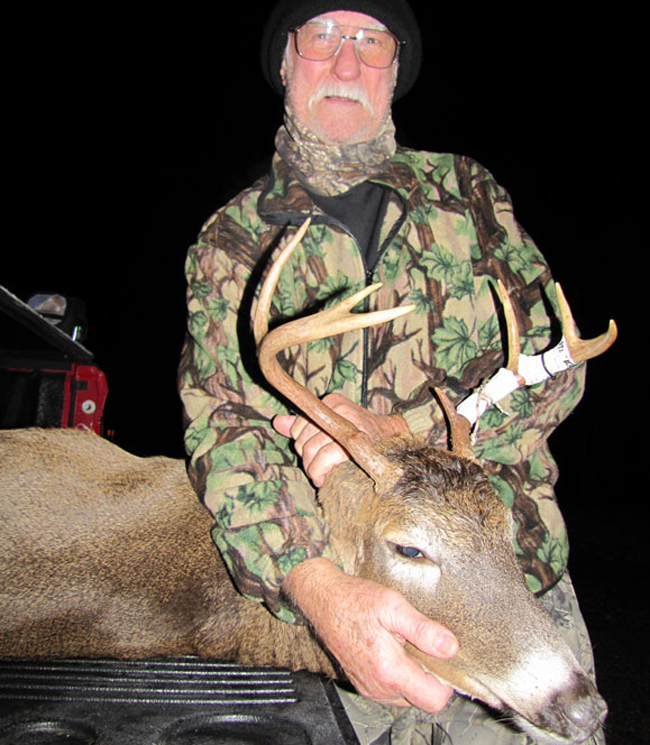 Here is one final tip that you don’t want to miss. The sun will ruin a blind in two years due to the UV-rays. I treat all of my blinds with UV-Killer from Atsko. Watch this….

It is simple. Just set up your blind and spray it down with A bottle of UV-Killer. It will cost you about $5 and it will make your blind last two or three times a long…and it won’t turn pink.

So, there you have it; my take on blinds. I’ve taken a lot of whitetails from the dark enclosures and you can too. Employ these tips and become a blind man.

Camouflage: Yes Or No?