Camouflage: Yes Or No? 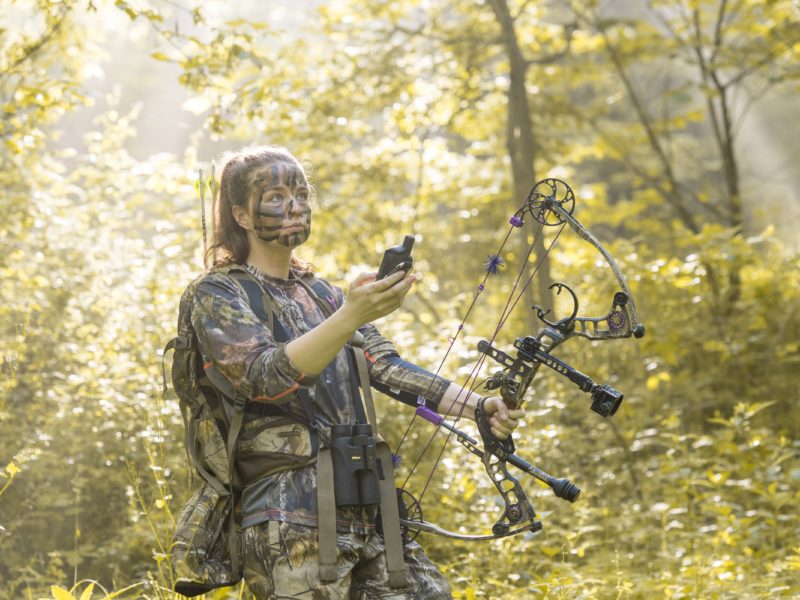 How to Choose the Correct Camo

By: Jackie Holbrook from Bowhunting360

Even though it’s long been the official uniform of outdoor lovers, camouflage has also worked its way into pop culture. Justin Timberlake rocked out in camo at Super Bowl 52 in January, and brides are walking down in the aisle in Mossy Oak.

Ironic, isn’t it? Camo lovers are making high-profile statements, but that’s the opposite of what these popular patterns are meant to do. And even though head-to-toe-to-bow camo is the official uniform of bowhunters, few of them dress alike. If you’re looking to add some camo to your hunting wardrobe, you might even feel overwhelmed with options. Here’s what you need to know before suiting up for hunting season.

Do I Really Need Camo?

Do I need to wear camo? It’s up to you, but camo gives you an edge. Photo Credit: ATA

Do I really need camo? That loaded question draws different responses from every bowhunter asked. To help yourself decide, consider its purpose: concealment. Bowhunting requires hunters to get extremely close to their quarry to make ethical shots. That’s not easy. These animals possess amazing senses for detecting danger.

White-tailed deer, for example, are bowhunting’s No. 1 big-game animal. A Quality Deer Management Association article revealed several interesting facts about the whitetail’s eyesight from studies at the University of Georgia. For instance, a deer’s nighttime vision is far superior to a human’s nighttime vision, but its daytime vision is only average. That doesn’t mean bowhunters should ditch their camo, however. Deer easily spot movement, especially when it’s a large and solid. Camouflage breaks up the human outline.

So, back to the question: Do I need to wear camo? It’s up to you, but camo gives you an edge by making it more difficult for deer and other wildlife to spot your shape.

Why So Many Patterns?

Camouflage clothing helps hunters blend into their surroundings. Bowhunters chasing Dall sheep in Alaska encounter far different terrain than duck hunters in Minnesota marshes. Such diverse hunting opportunities prompt companies to create hundreds of camo patterns. Wearing the wrong camo can make you stand out, so do your research and understand your surroundings before getting dressed.

Camo has two main categories: mimicry and breakup. Mimicry camo conceals hunters by making them resemble their surroundings. Two popular mimicry-pattern makers are Realtree and Mossy Oak, whose patterns include brush, marsh, snow and woodland. When you look closely at mimicry patterns you’ll see it’s filled with natural elements like trees, brush and branches. Dick’s Sporting Goods took an in-depth look at mimicry patterns in this article. Further, the Realtree Came Guide can help you pick a pattern based on the area you hunt, its vegetation and your prey.

Breakup camo, also called digital, is increasingly popular because of companies like Sitkaand Under Armour. These patterns blur the hunter’s outline to help them blend into their surroundings. Breakup camos use several colors and shapes that don’t necessarily resemble natural elements.

Can I Mix and Match?

Adding some solids to your wardrobe by selecting natural and muted tones like greys, browns and greens, can save you money. Photo Credit: ATA

The fashion industry has many silly rules about what to wear and when. Wildlife is more forgiving. Mixing and matching camo patterns usually won’t affect your ability to blend in. But if you’re hunting pronghorns in the heat of late summer, wearing snow-camo pants isn’t a great choice. Or if you’re hunting Dall sheep in the mountains, leave your duck-hunting camo in the marsh.

Head-to-toe camo also involves preferences. Adding some solids to your wardrobe by selecting natural and muted grays, browns and greens can save money. Mixing camo with solids also helps break up your outline while letting you repurpose some hiking clothes for hunting. Some bowhunters also wear face paint or facemasks to hide shiny skin, but that’s another individual choice.

When Should I Wear Camo?

Plenty of big bucks and bulls have been killed by hunters wearing jeans and flannel, but camo gives you an edge, especially when spotting and stalking animals. Sitting in treestands is also best done in camo. If a deer looks up, you’ll likely blend into the background.

An exception to the camo preference occurs when sitting in ground blinds. Many bowhunters prefer black to blend into the shadows.

If you doubt your camo pattern’s effectiveness, do a test run. Put on your camo, visit your hunting area and have a friend take a picture from several yards away. Do you blend in or stand out? Cameras seldom lie.

In addition to your camouflage, use scent management products and use the wind to your advantage to get in range. Photo Credit: ATA

Even the best camouflage won’t get you close enough to shoot if you don’t factor in all the other ways animals can bust you. A whitetail’s best defense is its amazing sense of smell. Therefore, in addition to your camo, apply scent-management products and use the wind to your advantage. Also realize that most prey will spot your movements before they’ll identify your shape. Move slowly, even when animals aren’t looking.

Many bowhunters love the fact that archery gear requires getting close to wildlife. Whether you’re covered head-to-toe in camo or take a “less-is-more” approach, close encounters with wildlife are always exciting, educational and memorable.

If you have questions about the best camouflage for your area, visit an archery shop and talk to an expert.

By: Jackie Holbrook from Bowhunting360.com

How the U.S. Became a Power in Archery