by Robert Hoague
in Bowhunting Blog, Bowhunting Videos, Deer, Scouting
0 0
A A
1 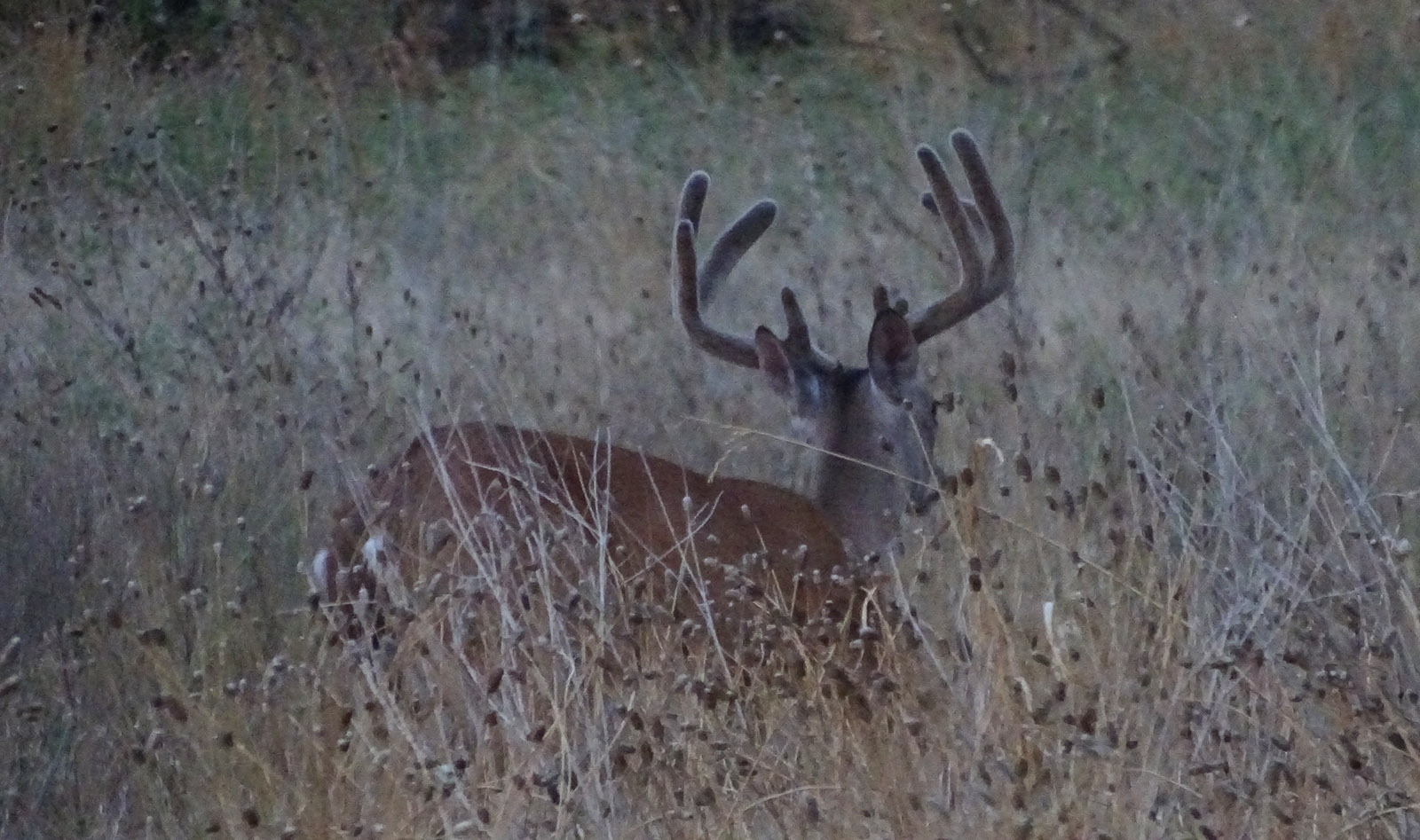 In August the deer herd is changing big time. The fawns are larger and they are now exploring on their own instead of hanging in the general areas where their momma doe is.

The majority of the does have birthed their fawns. But there are always a few late born fans in August. The entire doe herd is normally increasing their movement this month. But this year has a bit of a different twist on it. I’m seeing doe and fawn walking around in the daytime; during mid morning, mid afternoon and other times as well.

Weatherwise, it probably sucks to be a deer this summer. It’s a hot one. Many days are over 100 and ones that aren’t re in the mid to high 90’s. Everything growing at ground level has lost it’s green color. So it takes some moving around to find natural food deer like. As you can see from the picture below.

Here’s a doe in the tall, sun dried weeds near where the above buck was.

Below is an 8-pointer moving through outside the edge of the woods line. As you can see there is some green leaf brush in the shade of the trees.

After checking the area in front of him the buck takes a walk.

He goes directly to my protein feeder gobbles up his share of the nutritious pellets. I took a couple of pictures and watched him alternate between eating and checking out the area around him.

And I almost missed this buck strolling through the dried weeds to my right.

It’s Ybuck and he almost got by me. For the next couple of days I am going to concentrate more on looking for him than trying to locate every single deer that passes through.